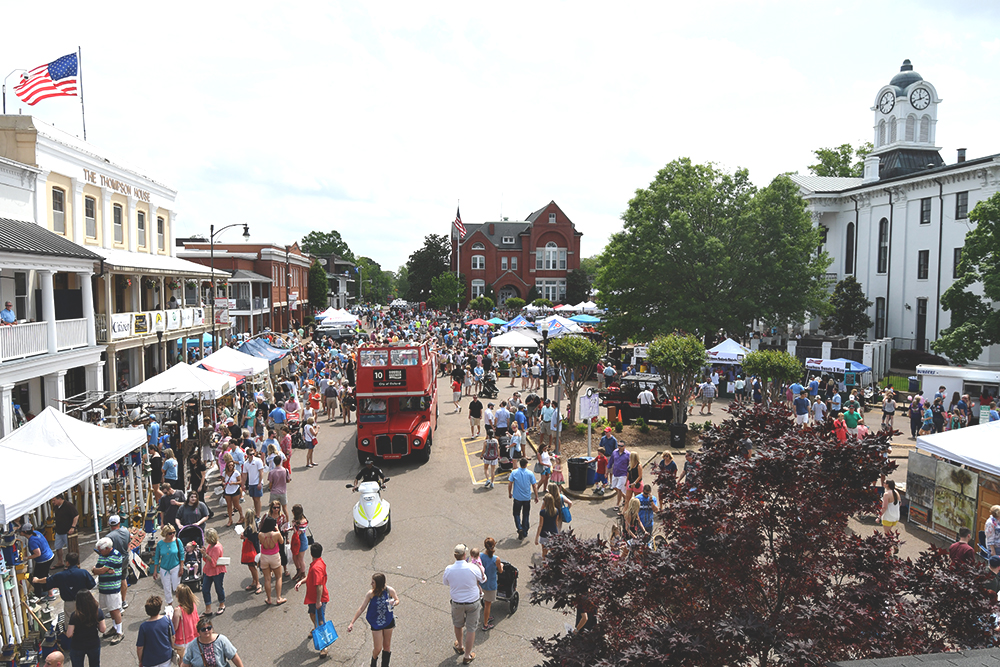 April marks the 25th anniversary of the Double Decker Arts Festival, and the milestone event officially has its poster artist.

Local artist Hannah McCormick was selected by the Double Decker Arts Festival Committee and Visit Oxford made the announcement on Monday.

“Double Decker is always a special time of year, and as a local artist it is important to participate and at the very least contribute to all the efforts,” McCormick said.

Beginning in 1994, Double Decker Arts Festival is a two-day event located on Oxford’s Downtown Square and inspired by the City’s import of a double-decker bus from England. The festival attracts more than 65,000 people each year.

This year, applicants were given the chance to submit a piece to be named “official artwork” for the festival. Local artists applied for consideration through an application that was posted on the official Double Decker website and the festival’s Facebook page.

McCormick attended the University of Mississippi and decided to stay in Oxford as a permanent resident for the past 10 years. She has also been working as a commissioned portrait artist for the last 15 years, and her work is featured in many galleries around Oxford and Jackson. McCormick has also offered private art lessons for all ages since living in Oxford.