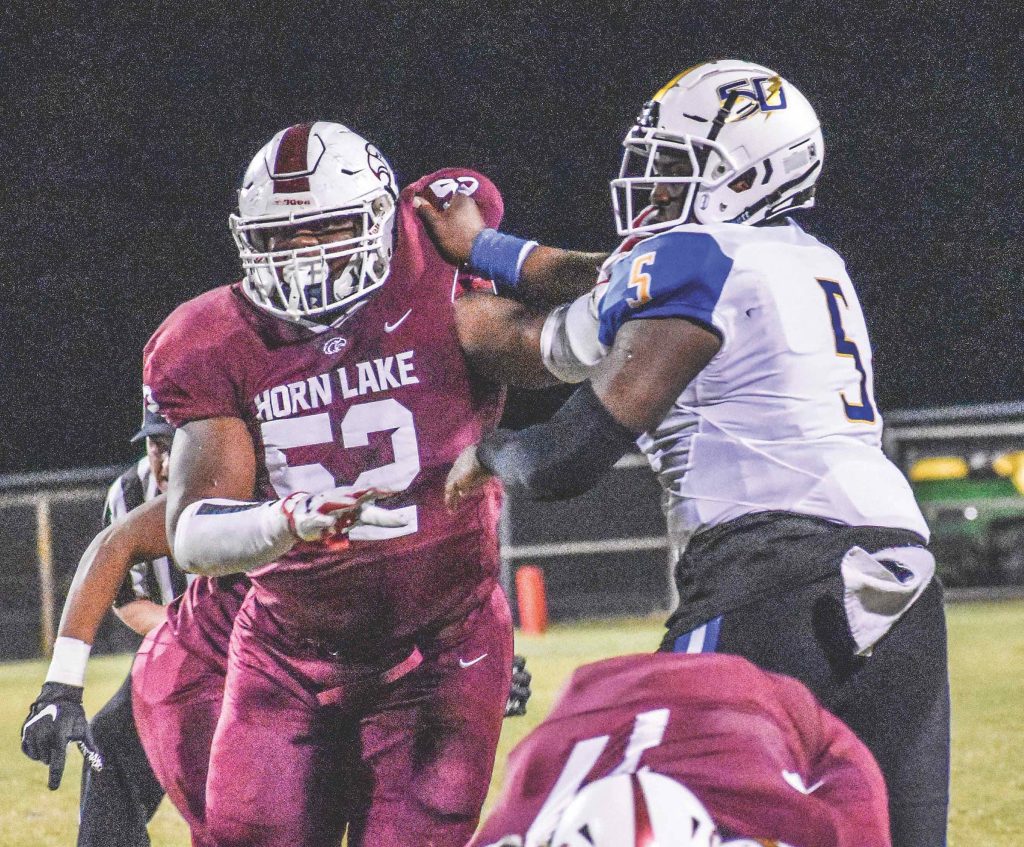 It may just be December, but Wednesday morning kicks off one of the most important 72-hour stretches every year for college football.

The early signing window, more commonly known as National Signing Day, begins on Wednesday, the first of two periods in which schools can ink letters of intent, turning commitments into players who will surely be on roster a season from now.

At 8 a.m., Oxford four-star athlete JJ Pegues will make his decision. Pegues has never committed to a school. Holding offers from LSU, Georgia and others, Pegues narrowed his options to three back in October. On Wednesday, he’ll make his decision between Ole Miss, Alabama and Auburn.

The top-rated player in the state of Mississippi, four-star defensive tackle McKinley Jackson, will not be making his decision until the late signing window in February. However, there are two other four-star, uncommitted players in the state of Mississippi whom Ole Miss has a shot at. One is the aforementioned Pegues. The other is Horn Lake defensive lineman Josaih Hayes.

The 6-foot-2, 308-pound Hayes was originally committed to Ole Miss back in June. In October, he decommitted from the school, later taking official recruiting visits to both Auburn and Kentucky after the Rebels parted ways with former head coach Matt Luke. The Horn Lake product will sign at 9 a.m. He also holds offers from Alabama, Tennessee and others, but it is expected he’ll chose between the three of Ole Miss, Auburn and Kentucky.

In addition to the two uncommitted four-star players in the state, Ole Miss currently holds 17 commitments, all from three-star players that expect to sign on Wednesday. One of them is Hayes’ teammate, outside linebacker Jakivuan Brown, who will also sign at 9 a.m. Wednesday.

Arguably the most interesting late additions to Lane Kiffin’s first class come at two of the positions where the Rebels happen to be very deep. After losing the commitment of four-star quarterback Robby Ashford, Kiffin got his first hand-picked quarterback commitment on Monday. Kade Renfro, a pro-style quarterback from Stephenville, Texas will join a crowded quarterbacks room already containing Matt Corral, John Rhys Plumlee, Grant Tisdale and Kinkead Dent.

Another critical late get was that of the top in-state running back Kentrell Bullock, from Columbia. Bullock originally committed to Ole Miss in June, but was one of the late decommitments following the firing of Luke. On Monday, Bullock announced his recommitment to the Rebels.

A few other under-the-radar guys to keep an eye on are Chris Morris, a four-star guard from Arkansas who recently flipped his official visit on Dec. 13 to Ole Miss, and receiver Sam Brown. Brown, a three-star from Georgia, recently decommitted from UCF and seems to be choosing between Florida and Ole Miss.

All this said, the more interesting part of the signing day on Wednesday may just be the unknown. Sure, there are Pegues and Hayes and a few others, like South Pike receiver Alex Adams, that we know Ole Miss is in the mix for but are undecided. However, there’s surely to be others who pop up for the Rebels out of nowhere.

Kiffin hit the recruiting trail literally the night he first officially arrived in Oxford. Commitments like that of Renfro came completely out of the blue and based on Kiffin’s relatively cryptic Twitter spree regarding recruiting visits, it’s safe to say the new Rebels coach has a few things up his sleeve.

Ole Miss will hold a formal press conference Wednesday afternoon at 3 p.m., after the major signings and decisions are made in the morning.

The EAGLE will have live coverage from Pegues and Prather’s signings Wednesday morning, as well as a live signing day tracker to keep up with all the national and Ole Miss news.

** All above rankings and star-ratings are via the 247Sports Composite ratings system, one that compiles and factors for all major rating systems listed as public domain.