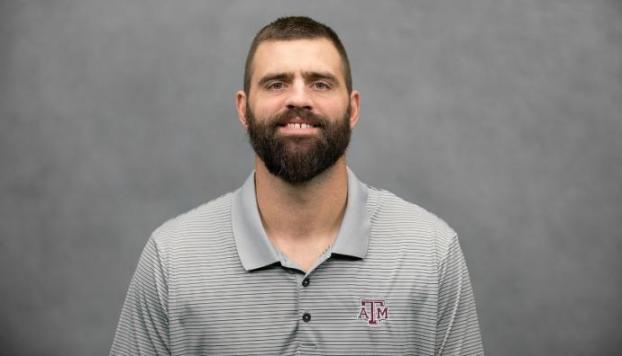 Durkin and Partridge are both former national recruiters of the year, in addition to helping lead highly ranked defenses, while Finley tutored a John Mackey Award finalist during his stops as tight ends coach at Missouri and Texas A&M.

Durkin, who spent this past season as a consultant for the Atlanta Falcons, brings a wealth of experience, particularly on the defensive side of the ball, where the Youngstown, Ohio, native helped spearhead successful units at Michigan and Florida, among other stops.

Besides his experience on the field, Durkin has been equally accomplished on the recruiting trail. Durkin, Rivals’ Recruiter of the Year in 2012, has helped ink seven top-25 classes, including five which ranked in the top 10. During his time with the Gators, Durkin helped land four straight top-11 recruiting classes and nine five-star prospects.

Durkin served as head coach at Maryland for the 2016 and 2017 seasons. He doubled the Terrapins’ win total during his first season at the helm and excelled on the recruiting trail, bringing in consecutive top-30 signing classes for the first time in program history during his two seasons in College Park.

During his first season in College Park, Durkin led the Terps to a 4-0 start, including five wins in their first seven games. After falling in three straight games to nationally-ranked teams, Maryland defeated Rutgers 31-13 in its season finale to earn a berth in the Quick Lane Bowl.

Prior to Maryland, Durkin served as the defensive coordinator and linebackers coach at Michigan, leading a nationally-renowned defensive unit that ranked fourth in the country. Under Durkin, the Wolverines limited opponents to 17.2 points per game in 2015, in addition to shutting out three consecutive opponents – the longest such streak at Michigan in 35 years.

In Durkin’s first season as defensive coordinator, Florida finished first in the SEC and seventh in the country in pass defense (171.8 yards per game). The Gators were sixth nationally in first downs allowed (16.1 per game) and 15th in scoring defense (21.1 points per game), while allowing only 27 touchdowns, the sixth fewest in the nation in 2013.

As a player, Durkin starred at Bowling Green as a starter at defensive end and outside linebacker from 1997-2000. He led the team in sacks in 1998 and served as a team captain for two seasons. Durkin was honored with numerous team awards, including the Ken Schoeni Award for character and toughness, the Carlos Jackson Award personifying the values of a student-athlete and the Leadership Award. He earned his bachelor’s degree in business marketing from Bowling Green in 2001 and his master’s degree in educational administration and supervision in 2004.

Durkin’s end at Maryland stirred some controversy. Prior to the 2018 season, he was put on administrative leave by the university, amid investigations of ‘toxic culture.’ This stemmed from the death of Jordan McNair, who passed at 19 years old after being hospitalized for heat stroke and exhaustion following a summer practice.

Partridge just wrapped up his fourth full season as special teams coordinator at Michigan and his second year as safeties coach with the Wolverines after mentoring the linebackers in his first two years on staff. Partridge also served as the Wolverines’ director of player personnel in 2015 when Durkin was Michigan’s defensive coordinator.

Partridge helped lead a defensive unit which has ranked among the nation’s best since he joined the Wolverine staff. U-M has ranked top-five nationally in pass defense in each of the last four seasons, and has been one of the most stout third-down defenses in the country over that span.

During the 2018 season, Partridge was part of a defensive staff which ranked second nationally in total defense and in passing defense, listing in the top 25 nationally for eight major categories. The defense allowed 14 passing touchdowns all season with 11 interceptions, and led the Big Ten in five categories, including pass defense efficiency and third-down conversion rate.

Partridge helped Jabrill Peppers to a decorated season in 2016, when he was a consensus All-American at linebacker, won the Big Ten’s Nagurski-Woodson Defensive Player of the Year, Butkus-Fitzgerald Linebacker of the Year and Rodgers-Dwight Return Specialist of the Year awards, and finished No. 5 in the Heisman Trophy voting. Peppers was a winner or finalist for seven additional national honors.

Partridge came to Ann Arbor after serving as the head coach at New Jersey’s Paramus Catholic High School, a position he held for five seasons (2010-14). While at the helm of the Paladin program, Partridge grew a football program listed 4,250th nationally and 112th in state of New Jersey to the top-ranked team in the state and No. 4 nationally by USA Today. He coached and mentored more than 30 Division I football players during that time, as well as various All-America players.

Partridge earned his bachelor’s degree in government and law from Lafayette College in 2003.

Finley, a nine-year coaching veteran and former NFL tight end, joins the Rebels after spending the last four years coaching in the SEC, including the 2019 season at Texas A&M as tight ends coach.

Finley, a native of Arlington, Texas, spent three seasons at Mizzou in the same role prior to joining the Aggie coaching staff. During his time with the Tigers, tight ends blossomed under his tutelage as Albert Okwuegbunam was named a 2018 Mackey Award finalist after hauling in 43 receptions for 466 yards and six touchdowns.

In 2017, Okwuegbunam earned second team All-SEC honors as well as SEC All-Freshman Team honors after hauling in 11 touchdowns, the highest total by a FBS tight end and most among all freshmen at any position. Finley’s tight ends caught 15 touchdown passes in 2017, the highest among all FBS teams. While their receiving talents were on display, Finley’s group played a pivotal role in the Missouri offense gaining just under 200 rushing yards a game.

Finley joined the Mizzou staff after spending the 2015 season as an assistant director of football operations and offensive quality control analyst at Baylor. Prior to his one-year stint in Waco, Finley was the offensive line coach and strength and conditioning coordinator at Los Fresnos (Texas) High School.

He spent the 2012 and 2013 seasons as an offensive graduate assistant at his alma mater, Oklahoma, in which the Sooners advanced to the Cotton and Sugar Bowl. He began his coaching career as the offensive line coach at Los Fresnos High School in 2011.

Getting into the United States Naval Academy, which has an acceptance rate of just nine percent, is a massive accomplishment... read more