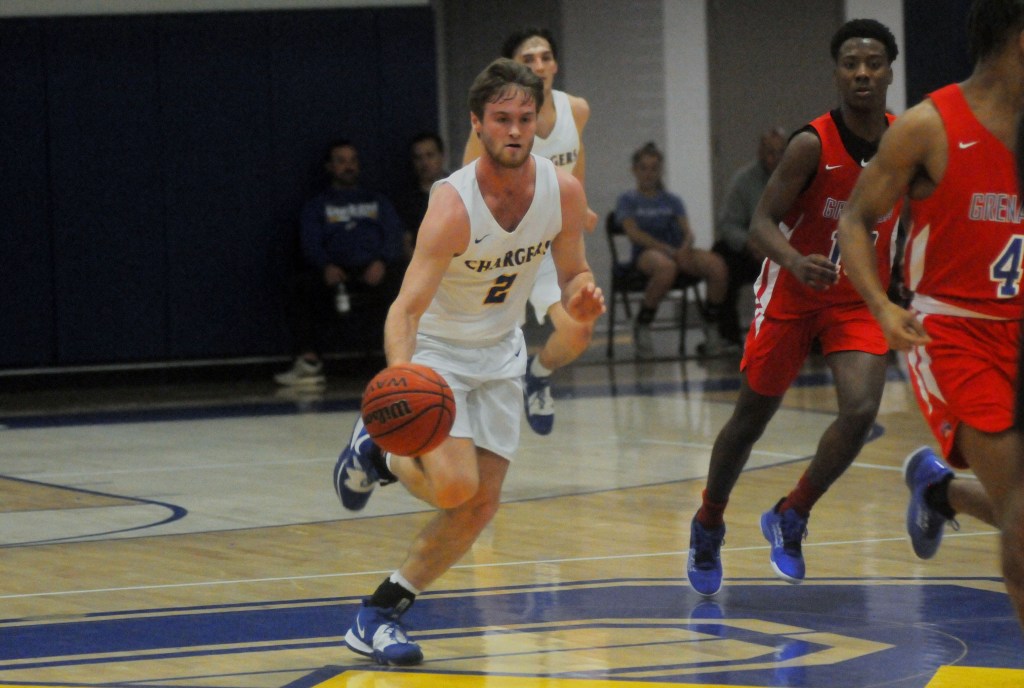 Drew Tyler feels his team has not played a complete game yet, which could be a good thing as the regular season has come to a close and another postseason run is set to begin.

Oxford basketball sent their seniors off in style with a pair of wins over Grenada on senior night inside the Oxford High gym on Thursday. It was the final tuneup for both teams ahead of next week’s Region 2-6A tournament in Hernando.

Thanks to Kylan Blackmon’s 30-point night, the Chargers cruised out to a large lead by halftime and held off a late run by Grenada for the 77-61 victory.

The opening eight minutes could have gone better for Oxford (21-7) as they jumped out to a 25-8 lead at the end of the first quarter. They continued the offensive surge by creating a 27-point lead at halftime.

Grenada (12-14) crept back into the game, outscoring the Chargers’ 44-33 in the final 16 minutes but it was not enough to do more than give Oxford a slight scare to close out the night.

Tykel Owens was the only other Charger to score in double figures with 16 points while senior JJ Pegues added seven points.

Oxford will be the 1 seed in next week’s region tournament and will play the No. 4 seed, and host team, Hernando in the first round at 5:30 p.m. at Hernando High School on Tuesday.

There is something to a team peaking at the right time and Oxford might be doing just that.

Picking up their third straight win, the Lady Chargers closed out the regular season with a 42-37 win over Grenada. Much like the boys game that followed, Oxford’s girls jumped out to a healthy lead but had to survive a late rally to secure the victory.

“No doubt it’s nice to get three wins to close out the season,” said Oxford head coach Cliff Ormon. “These girls have really fought every game this year. We’ve had, really, just a couple of games this year where we really weren’t in it in the fourth quarter. Get some wins, get some momentum going into our region tournament is huge for this group.”

Oxford (13-13) managed to grab a 10-point lead at halftime but Grenada (12-11) managed to cut that deficit in half after the third quarter. The Lady Chargers responded in the final eight minutes to hold on for their second longest winning streak of the season.

The Lady Chargers secured the No. 3 seed in the girls’ bracket of the 2-6A tournament and will play No. 2 seed Horn Lake at 4 p.m. to open up the tournament on Tuesday.