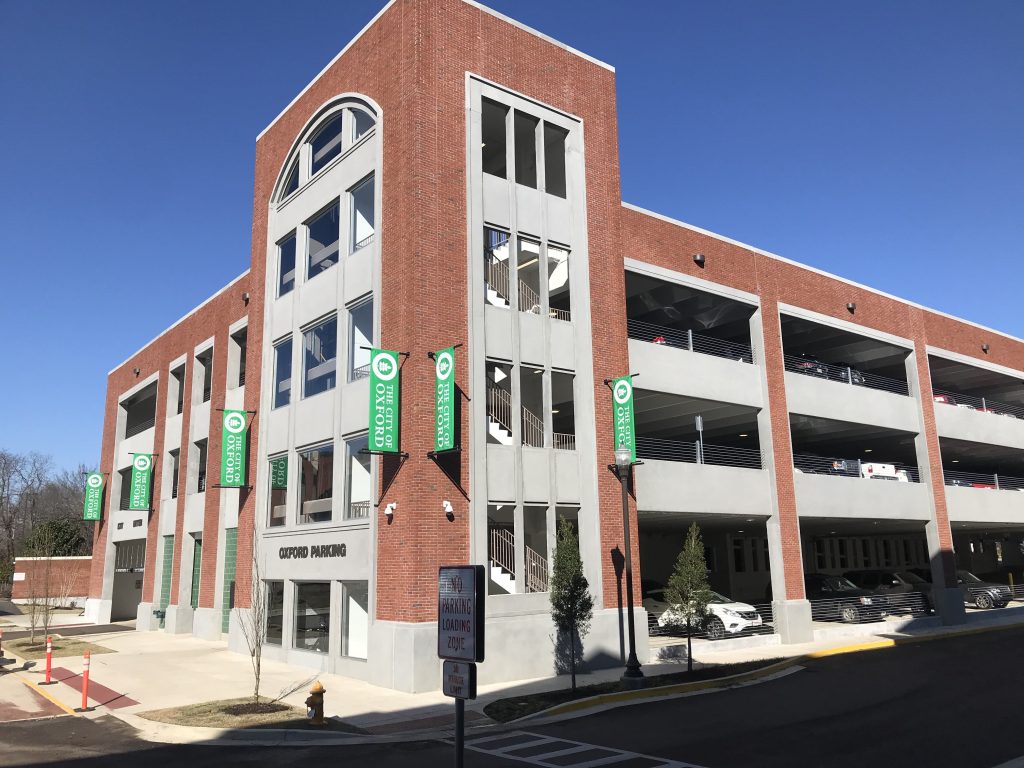 The plan for how the downtown parking garage will be used during April’s Double Decker Arts Festival is coming into focus.

A proposal was approved by the Downtown Parking Commission during their monthly meeting on Friday. The City’s parking division submitted the proposal after Visit Oxford decided they will no longer manage the garage during Double Decker.

During January’s meeting, Leigh Ann Stubbs and Kenny Ferris of Visit Oxford asked the commission to allow them to run the garage and they would split the funds made.

“At this time, Visit Oxford is not going to operate the garage,” Oxford parking director Matt Davis told the commissioners. “That is now going to fall back on the parking division, which it should. We were going to have to do this anyway. … It is an undertaking to the size we’ve never done.”

According to the proposal, the cost to use one of the garage’s 394 available spots during Saturday’s portion of the two-day festival will be $20. The proposal also states the garage will implement the special event fee from 8 a.m. to 9 p.m. on April 25, but the end time could change and is not finalized, according to Davis.

Only the Jefferson Avenue entrance will be open to motorists, with an attendant at the entrance to give directions and help them pay at the kiosk or by using the Passport app.

Motorists wishing to park in the garage will be able to pay using a credit or debit card, cash, coins or through the app. The fee will be good for access to the garage the entirety of the day, but those who decide to leave will not be guaranteed a spot when, or if, they return.

There will be one or two attendants at the kiosks to assist, as well as a couple parking enforcement officers who will be walking through the garage.

If issued, citation amounts will be same as stated in the already existing special event parking ordinance. The first offense would be $50, second offense $75 and any subsequent offenses within a 12-month period will be $100.

Special signage will be placed around the area on April 24 to alert the public that any vehicles left overnight shall be cited if they have not paid the special event rate once enforcement begins at 8 a.m. There will also be sings around the garage specifying the cost to use the garage.

The Board of Aldermen will have to approve the proposal as well as the decision made by the Commission during the meeting to remove the three-hour time limit on parking spots during Ole Miss home football game days. The time limit will require a public hearing and two readings before amending the parking ordinance to reflect the change.