Oxford chapter of League of Women Voters to celebrate 100 years 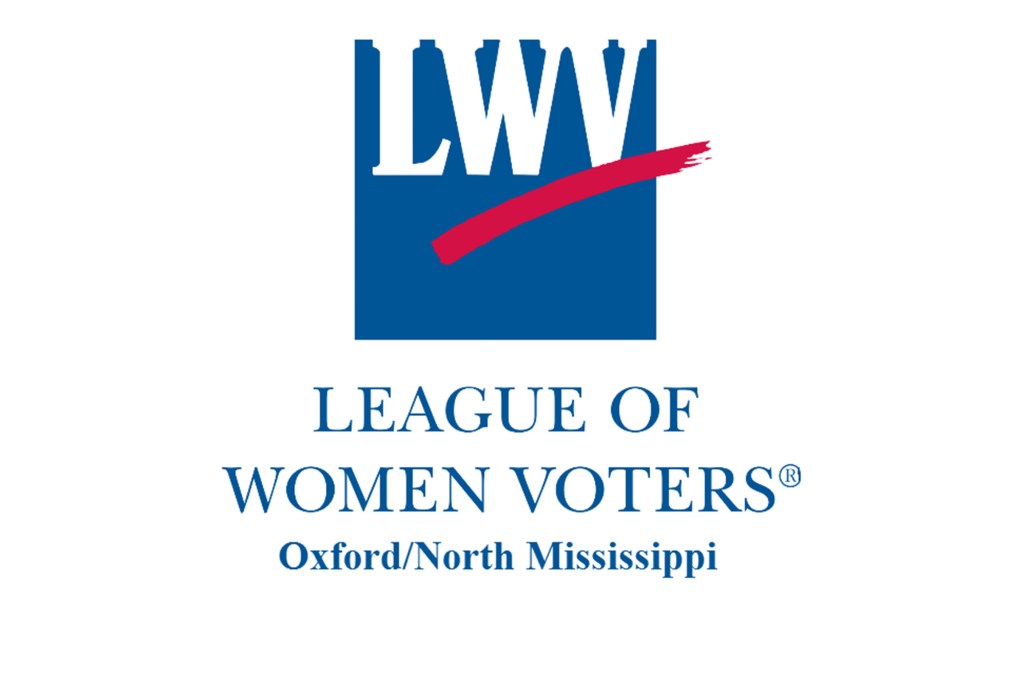 In 1920, women were finally allowed the right to vote with the ratification of the 19th Amendment, and to honor the historic anniversary, the League of Women Voters is throwing a party.

On Feb. 18, the Oxford/North Mississippi chapter of the League of Women Voters is celebrating the 100th anniversary with a free community event at The Lyric Oxford. Oxford’s chapter was formed in 1963 in response to the Ole Miss riots, for a place where community members could come together and work to solve issues. The chapter stayed active until the late 1970s or early 1980s before it was disbanded.

In 2017, the chapter was resurrected by president Linda Bishop and others, and has remained active since.

“We started planning almost a year ago, talking about what we wanted to do,” Bishop said. “We decided we would partner with other groups to celebrate women’s suffrage and the ratification of the 19th amendment.”

Ruth O’Dell, member and one of the for directors in Oxford’s chapter, organized next week’s event, which runs from 5 to 8 p.m. and features music from local acts The Soul Tones, The Skid Rogues and The Chadwicks.  Snacks and a birthday cake will be offered, along with a cash bar. After the event concludes, several restaurants are keeping the celebration going by offering discounts from those who pick up a white sash at the event and wear it into the establishments. There will be 200 sashes available at the event as will a list of which restaurants are participating in the discounts.

Tuesday night’s event is one of celebration, but it will also be an opportunity for reflection and as Bishop explains it, an opportunity to “correct the record,” with a multimedia presentation titled “Women on the Move.” The presentation, which premieres at the event, focuses on the story of struggles of the Suffragists and the obstacles facing women, particularly women of color, in exercising their right to register and to vote. The presentation is financially assisted by the National Endowment for the Humanities through the Mississippi Humanities Council.

“We’ve realized as we’ve researched this that we want to correct the history,” Bishop said. “The history of the women’s suffrage movement is kind of intertwined with the history of race in America. It’s a very sensitive topic, but it needs to be corrected and different groups, African-American women especially, were on the front lines a hundred years ago. Unfortunately, they were pulled to the side when the suffrage movement came to the South. These black women, and actually Frederick Douglas was a big worker back with Susan B. Anthony, and that was kind of ignored. It’s been painful. The League has had to go back and look at what happened and correct the record.”

Next week has been designated by the League of Women Voters as the official week to celebrate and honor the anniversary, but Bishop’s group intends to hold more events throughout the year. They will be partnering with the Oxford Film Festival as well as the Overby Center for events leading up this this year’s presidential election.

The League of Women Voters Oxford/North Mississippi is a nonpartisan organization which encourages informed and active participation in government and works to increase understanding of major policy issues. The League offers no political support or opposition of any political candidate or party, nor gives any persuasion.