Ole Miss pulls off combined no-hitter in rout of Xavier 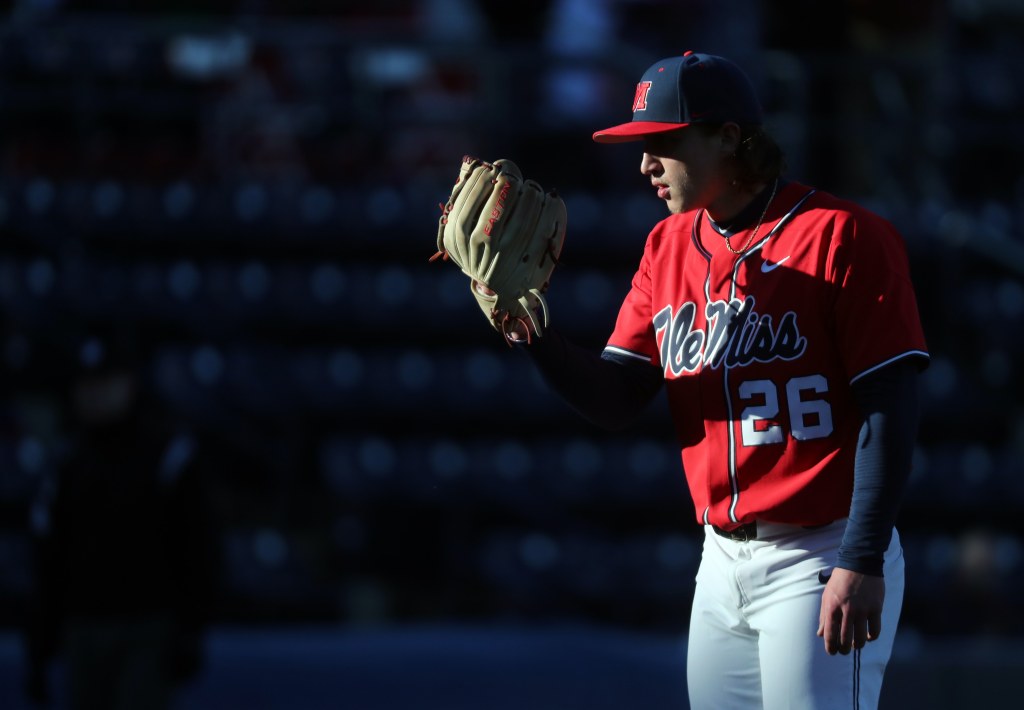 The Ole Miss baseball team was firing on all cylinders in a 13-0 rout of Xavier on Friday night, highlighted by a combined no-hitter thrown by Doug Nikhazy, Drew McDaniel and Jackson Kimbrell.

Doug Day came to a close after the sophomore left-hander threw six no-hit innings, recording nine strikeouts, which tied his second-most strikeouts in a game in his career. It was his third career scoreless start and first career start without allowing a hit.

McDaniel came in to throw two scoreless innings for his Rebel debut. Fellow freshman Kimbrel came in to finish off the combined no-hitter, the first one for the Rebels since last season’s 25-0 win over Arkansas-Pine Bluff on March 20, 2019, which ended after seven innings.

The Ole Miss offense went off for 13 runs to take Game 1 of the weekend series. Six Rebels recorded at least one hit, while the team drew 10 free passes (eight walks, two HBP).

Pitchers were dealing early as both teams went down 1-2-3 to start the game. Doug Nikhazy struck out six of the first 10 batters he faced, and the Musketeers were put down in order the first two innings.

In the bottom of the second inning, the Rebels went on the offensive. Nine batters came to the plate, and three walks, five hits and one hit by pitch later, Ole Miss came out with a 5-0 lead.

The first baserunner for the Rebels came when Kevin Graham was hit by the first pitch he saw in the bottom of the second. Leatherwood then walked, and Elko drove in Graham with a double down the right field line to get Ole Miss on the board, 1-0.

Dunhurst kept the inning going with a single through the right side. The freshman’s first career hit scored Elko and Leatherwood. Sammons and Anthony Servideo drew back-to-back walks to load the bases before a throwing error on the catcher scored Dunhurst to make it 4-0 Ole Miss. Justin Bench grounded out to the shortstop to make it a five-run second inning.

The flood gates were opened when Dunhurst roped a home run to deep right, scoring Elko and Leatherwood to make it 8-0. It was his second career-hit, and the first home run of his career.

The Rebels threatened in the bottom of the third. Sammons reached on an infield error on the shortstop before a Servideo single put two on. Bench walked and Xavier went to the bullpen, as starter Lane Flamm lasted just 2.2 innings after putting the Rebels down in order the top of the first. Trevor Olson came in and retired Tyler Keenan to get out of the bases-loaded jam.

Sammons got his first career hit with an opposite-field single in the bottom of the fifth. He came around to score his second run of the game after Keenan’s double. A groundout to third by Cael Baker brought home Bench after he drew a walk, making it 10-0 Rebels.

Pinch hitting in the bottom of the eight with runners at the corners, Knox Loposer added to the Rebel lead with a three-run shot into the left field bullpen. It was his second home run on the young season, already matching his season-high from last year.