Fill Up With Billups closed due to structural concerns 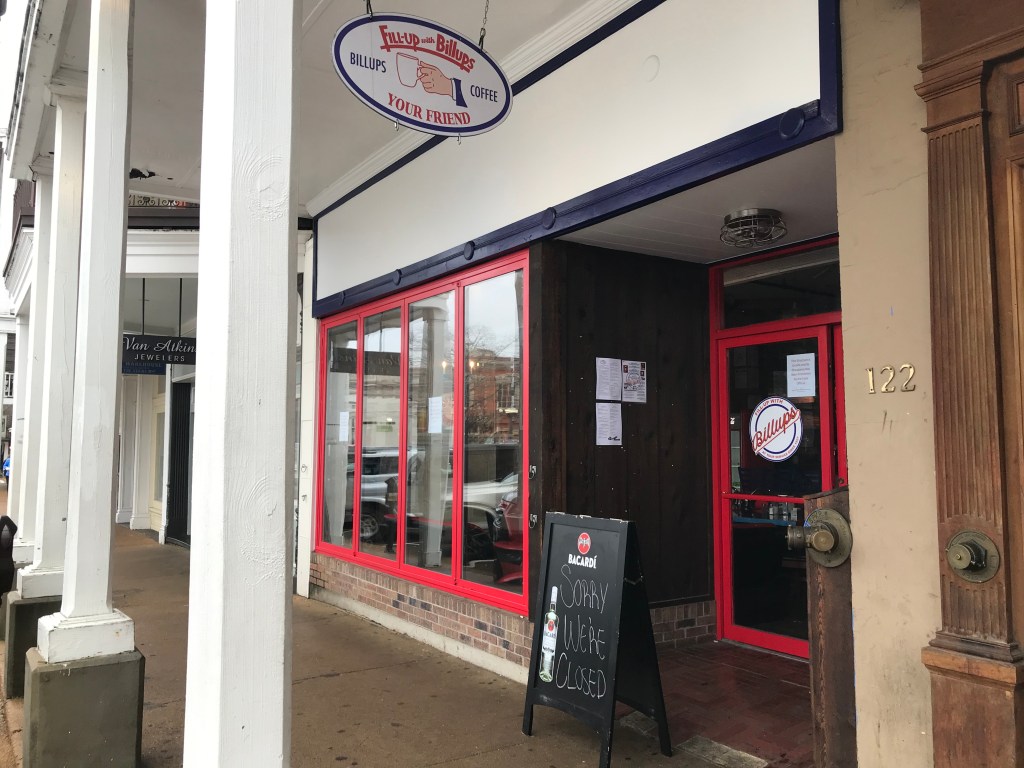 Fill-Up With Billups was closed on Sunday morning due to an issue with the flooring inside the establishment following an incident late Saturday night. Oxford Building Official Chris Carter closed the restaurant to allow for inspection of the issue. (Jake Thompson/Oxford Eagle)

Oxford breakfast spot Fill-Up With Billups is closed for the foreseeable future, due to an incident with the building’s flooring over the weekend.

City building official Chris Carter closed the establishment on Sunday morning and posted signs on the storefront, which read, “This Structure is Unsafe and Its Occupancy Has Been Prohibited by the Code Official.”

According to Carter, he was contacted by Oxford Police sergeant Alex Moffett, who is a supervisor for the OPD Downtown Unit, and chief Jeff McCutchen early Sunday morning regarding an incident Moffett responded to late Saturday night at the Billups location.

Moffett reported there was a loud pop heard in the restaurant, and when OPD responded, they noticed an issue with the flooring in the customer area of the establishment. The officers reported “deflection and sponginess” in the floor system, according to Carter.

“I immediately went and made a cursory evaluation of the concerns relayed to me,” Carter told the EAGLE on Monday. “I noted the deflection and sponginess in the floor and, due to the inability to access the underside of the floor in the area that was spongy and in an abundance of caution for the public welfare, felt that it was prudent to require further invasive evaluation before allowing the restaurant to resume operation.”

Guy Billups III, who is the restaurant’s owner, told the EAGLE on Monday he was not sure how long it will take to fix the issue and re-open for business.

Fill-Up with Billups opened in 2017 in the previous space occupied by Bacchus at 1107 Jackson Avenue East, before moving into their current location, previously occupied by Rowdy Rebs and Bacchus Prime Steakhouse, at 122 Courthouse Square last year.

As of Monday morning, Carter was still waiting to be provided access to the underfloor space of the building in order to determine the cause of the issue and said he had not received any further information.

Common causes of spongy floors in older buildings are: water damage to subfloors, damage from rain and snow, damaged floor joist or floor truss, termite damage to floor joist or truss, engineering and sizing issues or a lack of cross bracing or blocking where beneficial.