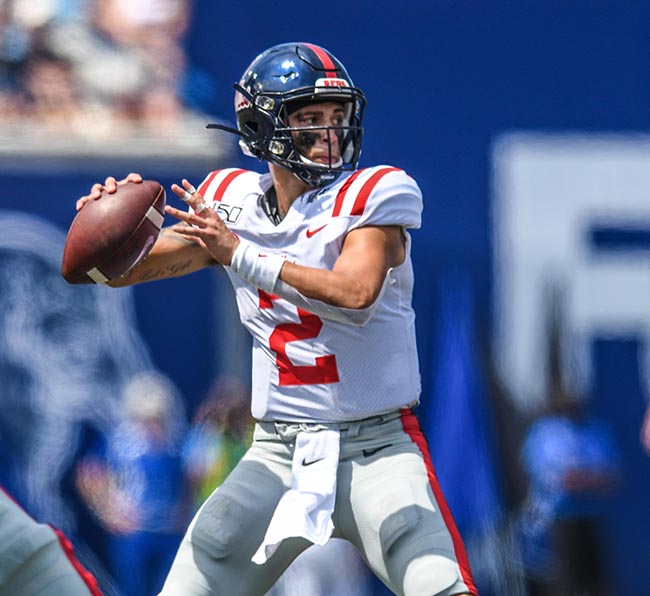 The National College Players Association, a nonprofit player advocacy group, is using the coronavirus pandemic as a method of bringing to light a set of rule changes the group believes the NCAA needs to implement.

Ole Miss sent nearly all of its student-athletes home weeks ago. Only a handful will remain on campus during these times. Athletics are suspended for the time being, and nothing will be taking place until this summer at the earliest.

However, the player advocacy group said they believe everything happening during this global crisis is just exacerbating issues within the NCAA structure.

“If ever NCAA sports is going to treat players like people rather than property, it should absolutely be during this crisis,” said NCPA Executive Director Ramogi Huma in a statement. “Never has the NCAA’s archaic prohibitions been demonstrated to be more harmful than during the economic and physical toll that COVID-19 is reaping upon our nation.”

The NCPA cited the lack of a job market and layoffs, both from the players who hold part-time jobs and from their family members, whom some rely on for financial support, as a critical issue facing student-athletes during this time of uncertainty.

Upon pushing from the NCPA, as well as certain athletic directors and other outlets, the NCAA has already granted additional eligibility to spring sport athletes. The NCPA wants the organization and it’s member institutions to do even more.

“COVID-19 is highlighting just how unjust NCAA rules are. We’re facing the prospect that many athletes in spring sports and now possibly those in fall sports are abiding by NCAA rules that will make them more vulnerable to the coronavirus’ economic fallout without getting to use their eligibility,” Huma said. “Those who do play may be stuck paying their own medical coverage and expenses while facing a heightened risk of contracting coronavirus and passing it along to loved ones. In contrast, overpaid coaches and athletic directors aren’t worrying about their medical coverage.”

In reality, at least at Ole Miss, this is not exactly true.

Upon the release of athletes to return to their homes as campus shut down, Rebel athletic director Keith Carter made sure to emphasize that the institution will be doing everything they can for their student-athletes while they’re not on the Ole Miss campus. It may not be as simple as walking into a training room, but they were at least making efforts for coverage while off-campus to mirror that while on-campus.

“We’re going to treat them as if they were on our campus. If they get sick and need to go to the doctor, they can work through us and we’ll help them get that paid for. We’re going to do everything we can, medically and from a mental health perspective,” Carter said on March 16. “There’s some students that are very upset right now with the fact that they can’t play and can’t compete, and they may need to talk to somebody about that. We’ll have those resources for them.”

Another piece of the NCPA’s argument, one the NCAA may adhere to most, comes regarding transfer issues. Some players, they argue, may be hurt by decisions to grant extra years of eligibility – think those players who will lose likely starting roles when players who otherwise would not have returned to school now will.

Should those players be allowed to transfer without regulation?

The organization’s final argument is that the NCAA’s rules, ones that prevent athletes from taking certain types of jobs, are hindering those who need the money during the time they are off campus.

“College athletes are facing hardships similar to that of other students and Americans, but are subject to NCAA rules that compound these hardships exponentially. NCAA rules heavily restrict the types of jobs players can secure,” Hume said. “Additionally, college athletes pay their way through college but aren’t eligible for unemployment when they lose their scholarship. If colleges can’t or won’t pay for their athletes’ necessities, why can’t a willing third party pay? Debunked notions of competitive equity and fake amateurism do not begin to justify the devastation college athletes will suffer under current rules.”

Along with these statements from the organization the, NCPA published list of what the referred to as “emergency legislation,” certain freedoms they believe the NCAA needs to grant to student-athletes. Below are those demands:

Hume stated that “If the NCAA and its conferences have the power to cancel March Madness and spring sports, they can implement these actions just as quickly.”

So, what does this mean?

Likely, it means very little in the long haul. Like any side of an argument, the NCPA has an agenda. In general, their point of raising awareness for players issues and fighting for them is a positive thing with a virtuous goal. However, at this time the NCPA message seems tone-deaf. Athletes are not the only ones struggling right now to find work or get by – we’re a nation under a pandemic quarantine.

Using a national disaster to push an agenda seems scummy, and like it or not the NCAA has all the power in negotiation. They’re not simply going to let athletes benefit off name and likeness for the next three months just because there’s a virus sweeping the nation. The NCAA has serious issues and seems like an institution more likely than not to fail to exist two decades from now, but this seems like a poor way to stab a tiger.

Certainly, the NCAA is at a crossroads. The cancellation of the NCAA tournament sent shockwaves through the country, but the organization had an insurance policy to mitigate the financial blow. The NCAA, which has no governing power beyond the power given to it by its member institutions, could be in more serious financial harm if the fall sports schedule, primarily football, gets delayed or cancelled altogether.

In general, the NCPA has actually gotten some of its wishes over the years. The NCAA has begun to grant more immediate play transfer wavers than ever before, even though the means in which they are granting them seem unpredictable. In 2015, schools began having the right to grant athletes stipends, additional money in the realm of $2,000 to $5,000 per year to bridge the gap between scholarship money and actual cost of attendance to a university. Recently, they granted additional years of eligibility, along with the raising of some scholarship limits in the upcoming years to offset those spring athletes who’s seasons were cut short by the COVID-19 pandemic.

What’s next? Well, the NCPA isn’t wrong that the NCAA has the power and authority to grant their wishes in a relatively short fashion. It just seems unlikely that they’d feel any desire to do so.