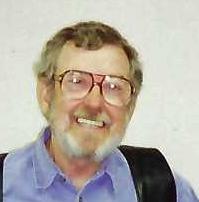 After graduating from NC State University, he began his career with the Federal Government. For serval years, Maynard served as the County Supervisor with FMHA, USDA before he became a Hearing Officer with the National Appeals Staff USDA, Washington, DC. He presided over court cases all over the United States and Puerto Rico.

After retiring from his 35-year career with the Government, his favorite pastime was riding his Harley Davidson from coast to coast including Alaska. He was a lifetime member of the HOG Chapter and the Iron Butt Association.

Maynard was preceded in death by his daughter, Beverly Hedrick, and sisters, Isabel McGinnis and Bentha Johnson.

Brenda would like to give special thanks to the staff at the Heritage Place for taking such loving care of her husband which includes but not limited to: Tammy, Linda, Kitty, Bonnie, Lee, Debbie, Misty, Evan, and the Hospice staff, Hayley, Jessica, and Barbara.

Maynard was a member of First Baptist Church of Statesville. A graveside service was held on Tuesday, April 21, 2020, at 3 p.m. at Oakwood Cemetery and Rev. Chris Fitzgerald officiated the service.

Memorials may be given in Maynard’s memory to Hospice and Palliative Care, 2347 Simonton Road, Statesville, NC 28625, or the Alzheimer’s Association of Eastern NC Chapter 5171, Glenwood Avenue Suite 101, Raleigh, NC.

Condolences may be left at www.bunchjohnsonfuneralhome.com. Bunch-Johnson Funeral Home served the Self family.