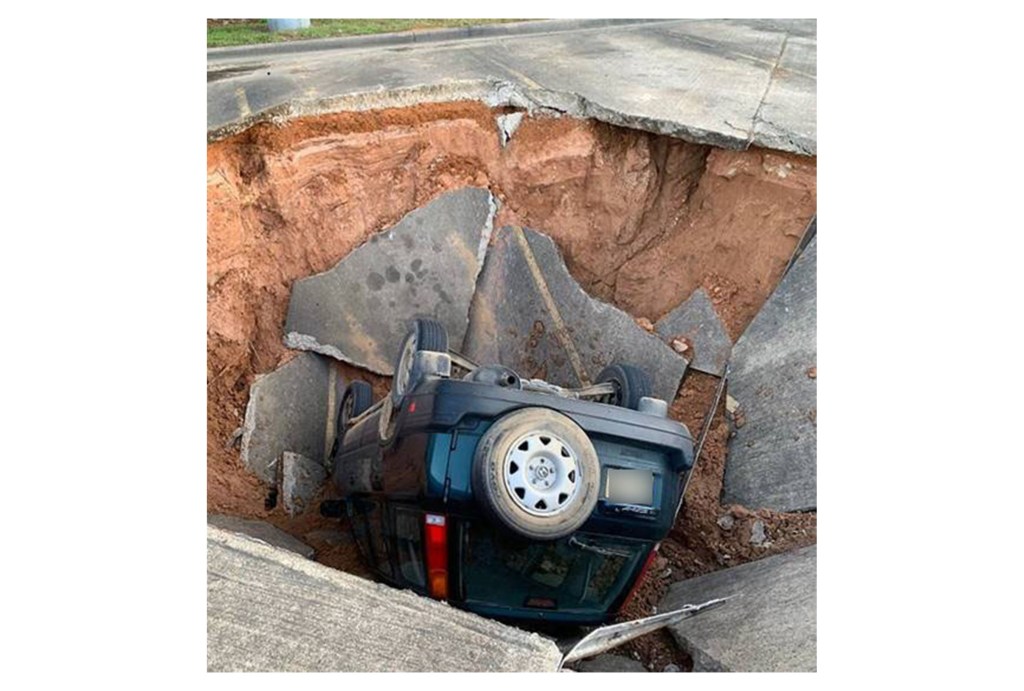 A sinkhole formed in the back parking lot of the Oxford Post Office, causing an employee’s car to fall into it. According to the Oxford Police Department no injuries were reported. (Courtesy of David Walton | United States Postal Service)

A sinkhole emerged in the back parking lot of the Oxford Post Office on Thursday morning, damaging one vehicle in the process.

The incident took place around 6 a.m., according to witnesses. The vehicle belonged to a post office employee, but was empty at the time it fell in and no injuries were reported, according to Oxford Police Chief Jeff McCutchen.

McCutchen noted the size of the sinkhole was at least “12 feet by 12 feet,” if not larger, and similar to the sinkhole that emerged on Highway 6 East before the Chucky Mullins Drive exit in 2015.

According to a spokesperson with the United States Postal Service, Thursday’s mail service will run as scheduled.

“(The sinkhole) has not impacted mail service and they are sending an engineer out there today to assess damages,” said David Walton with USPS.

The official cause of the sinkhole was not immediately known as of Thursday morning. However, Walton told the EAGLE that USPS had dispatched a structural engineer to the site to inspect damages and determine a cause.