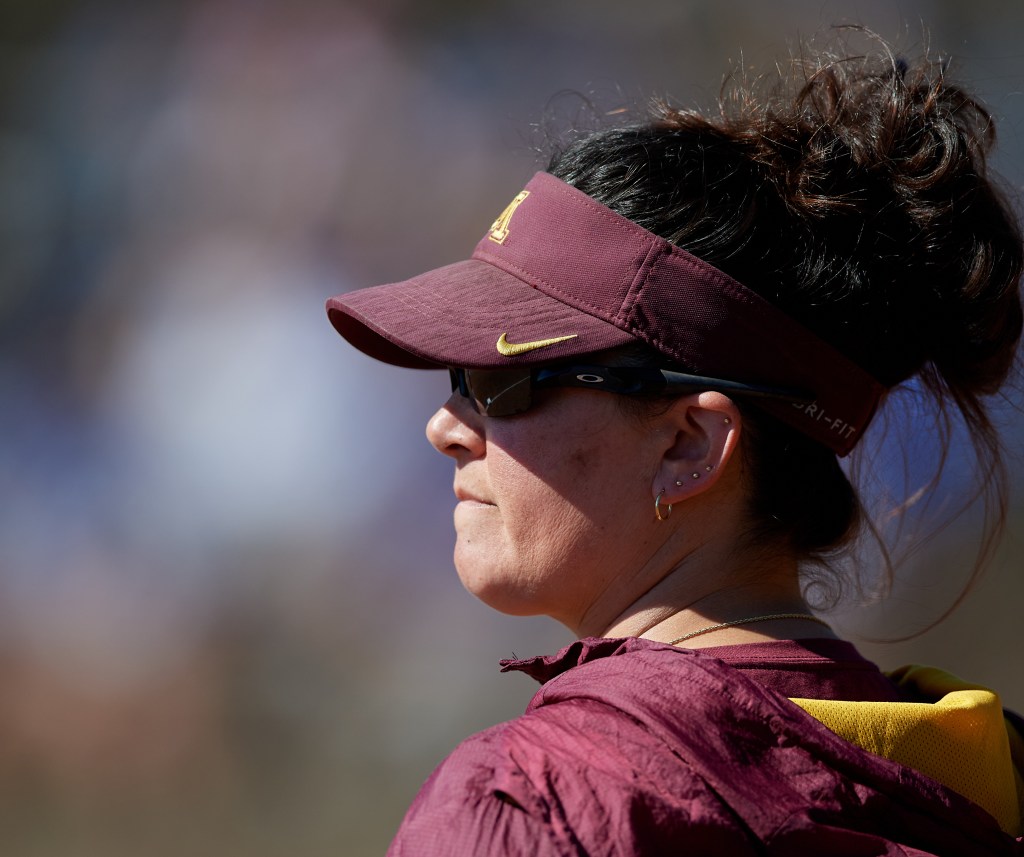 Trachsel led the Gophers to their first ever Women's College World Series in 2019. (via Ole Miss Athletics)

The Ole Miss softball program has selected Jamie Trachsel to lead the team into the next decade, and she has the full support of Ole Miss athletics director Keith Carter.

Trachsel’s hire on April 24 ushered in the next era for Rebel softball, moving past former coach Mike Smith, who resigned from his post last December.

Coming from Minnesota, where she led the Golden Gophers to the Women’s College World Series in 2019, Trachsel is tasked with getting the Rebels to the winner’s circle after reaching the Super Regionals in 2017 and 2019.

“The expectation is high, and what I really loved in our conversation is she referenced winning a national championship multiple times,” Carter said during Trachsel’s introductory press conference on Tuesday. “That’s what we’re looking to do, we want to get to Oklahoma City and be knocking on that door and have the opportunity to bring a national championship to Oxford.”

To get Ole Miss to its first WCWS appearance and the over the hump of the Super Regionals, Trachsel will have to overhaul a program that has struggled to find the magic from 2017 when they hosted their first Regional and reached their first Super Regional.

Carter said Ole Miss will provide the new softball coach with all the resources they can afford. Trachsel agreed to a four-year contract worth $245,000 per year, and has a $220,000 per year budget for her assistant coaches.

Trachsel said she was happy in Minnesota and never had plans to leave a program that was thriving under her leadership, but when Ole Miss called, she listened and liked the opportunity Carter presented to her.

“I wasn’t looking to leave, but like every good recruit, you should always be open to new opportunities and I was,” Trachsel said. “I had some more familiarity with Ole Miss because our (Minnesota) assistant coach Katie Rietkovich (Browder) had talked about it for so long. She loved her experience, she loved the people, they were successful in recent years when she was there. So, I had a little familiarity with Ole Miss, but I wasn’t looking to leave or any of that. There were some other opportunities where people reached out, and I declined those. When it’s the right fit at the right time, you just kind of know.”

Rebuilding the team to a consistent winner on the field is the first part of turning the softball program around, but it is not the only key component. Facilities for both the players and fans are a crucial aspect to making an athletic program a winner.

In 2017, when Ole Miss hosted its first NCAA Tournament Regional, the demand for tickets was unprecedented. The Ole Miss softball complex could not contain the amount of fans wanting to come watch the Rebels make history, as well as fans from the other three teams competing.

Makeshift bleachers were set up across the street, while tree branches were littered with Rebel fans trying to get a peek of the action. Improving the stadium is priority number one for Carter, but when the school suspended all capital projects in 2018 and 2019 due to a lack in revenue in recent years, softball improvements had to wait. The COVID-19 pandemic halting all spring sports seasons has also put a dent in revenue the athletic department was anticipating, Carter said.

“We had done a master plan for softball a couple years ago and kind of put it on the back burner, but we’re going to revisit that,” Carter said. “We talked to Jamie about that during this process. Facilities are going to be a big part of this. Obviously, we don’t know where we’re going to land after COVID-19, when this is going to end and what expenses will look like. But when we get back in the world of talking about capital projects, softball is going to be a priority and one that we’re going to look at.”