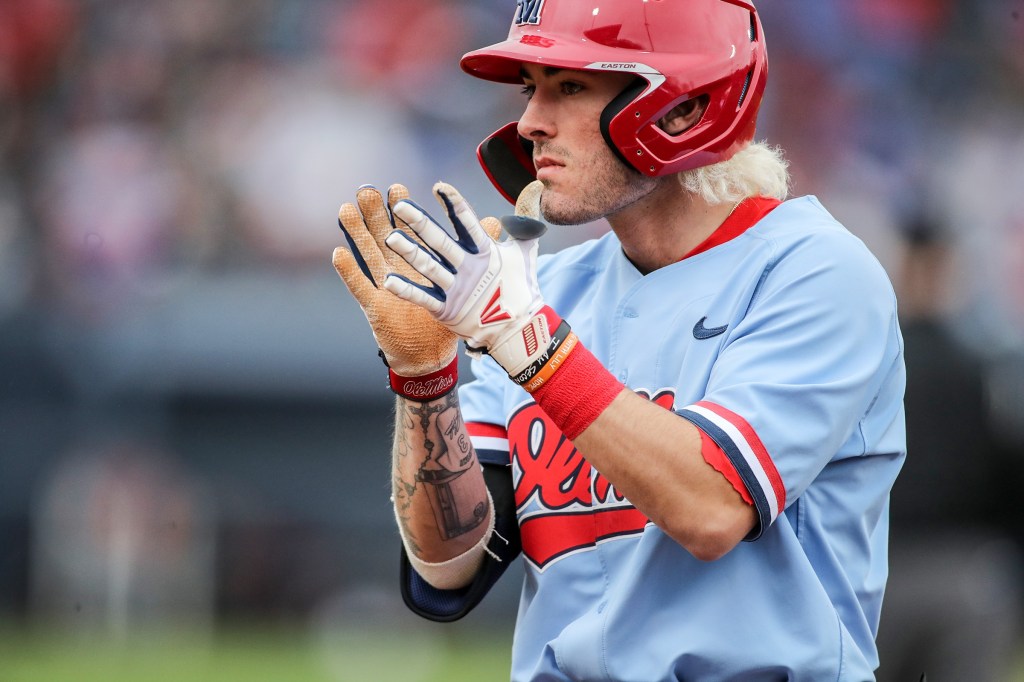 Baseball season was cut short, but it did not stop Tyler Keenan, Anthony Servideo and Doug Nikhazy from picking up All-American honors this week.

The 2020 Collegiate Baseball All-American teams were announced on Tuesday, with the Ole Miss trio landing on the first, second and third teams.

Keenan was named the top third baseman in the nation as the lone first-team All-American. Servideo made the second team at the shortstop position, behind the National Player of the Year in New Mexico State’s Nick Gonzales. Nikhazy was one of six Southeastern Conference pitchers selected on the third team.

Prior to COVID-19 shutting down the season, Keenan was one of many Rebels who were experiencing a solid start to their 2020 campaign. He was named the No. 1 third baseman in D1Baseball’s power rankings, finishing the year with 33 RBIs, and was fourth in the nation and led the SEC with 53 total bases and had an 11-game hitting streak. Keenan’s seven home runs were good enough for second in the SEC and eighth-best in the nation.

Servideo finished the season as the No. 2 shortstop in D1Baseball’s power rankings and was only behind Keenan on the Ole Miss roster with a .390 batting average. The Jupiter, Fla. native hit five home runs in 2020’s shortened season after hitting a combined four home runs in his first two seasons in Oxford.

Both Keenan and Servideo could find themselves back in a Rebel uniform in 2021, but there is also the possibility the pair could hear their name called during next month’s shortened MLB Draft.

Nikhazy was honored with a preseason All-American accolade and backed it up in the first month of the season with a 3-1 record and a 2.35 earned run average with 31 strikeouts and nine walks over 23 innings pitched. The sophomore will bolster a pitching staff that looks to be staying mostly intact for the 2021 season.