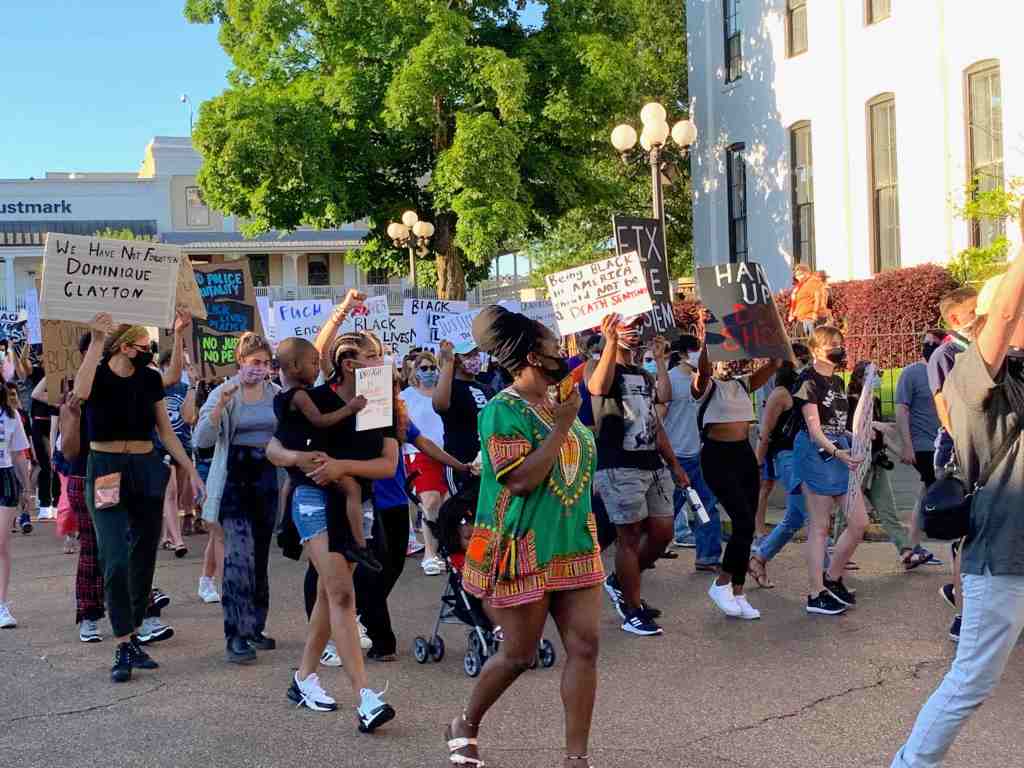 Protesters have flooded the streets of major cities across the country in response to the death of George Floyd while in police custody in Minneapolis last week.

Oxford held its own protest on the Downtown Square on Saturday night called “I Still Can’t Breathe!!!” Hundreds showed up in front of City Hall speaking out against inequality and racial injustices.

Members of the Ole Miss athletics department have begun speaking out, including vice chancellor for intercollegiate athletics Keith Carter, who put out a statement on Twitter Sunday morning.

“As I have been thinking about everything going on in our country over the past couple of days, I am deeply saddened and concerned,” Carter said. “As I just conveyed to a dear colleague of mine, a man of color, I haven’t walked in his shoes, but I do want to walk alongside him to help change where we go from here. I firmly believe that this change has to be a change of the heart. In Matthew 22:36-40, we are given the greatest two commandments. We are told to love God with all your heart and to love your neighbor as yourself. Simply put, Love God and Love People. All people. We must all work together to be a part of the solution that gives equality and justice to everyone. As we start to bring back student-athletes this week, I want them to feel safe, to know that we are paying attention, to know at Ole Miss we will lead from a place of love and compassion for each and every one of them.”

We can be better, we can do more, we can love one another. 🙏🙏🙏 pic.twitter.com/gyNLZox5pf

Saturday night’s protest remained peaceful throughout the two hours, but across town, the Confederate statue on the Ole Miss campus was vandalized with the words “Spiritual Genocide” spray-painted on three sides and on its base along with red hand prints. A male was arrested at the scene, but the University Police Department has not publicly revealed the suspect’s name as of Sunday.

Other Ole Miss coaches spoke out over the weekend regarding the nationwide protests and riots.

“Been feeling helpless y’all, sad, disgusted but God knows my heart! I was on social media & saw that there was a peaceful protest here in Oxford, MS. Yup! That’s Right! See because this isn’t a black vs white but Everyone vs Racism! It has to STOP!,” McCuin said.

Been feeling helpless ya’ll, sad, disgusted but God knows my heart! I was on social media & saw that there was a peaceful protest here in Oxford, MS. Yup! That’s right! See because this isn’t black vs white but Everyone vs Racism! It has to STOP! (Thread) pic.twitter.com/edpGdcZZFZ

“For REAL change to happen we ALL need to step out of our comfort zone, we need to stand together to effect CHANGE. Let ALL the pure of heart, Hear the screams of OUR countries people; RISE for Justice & Defeat EVIL. #BandofBrothers,” Partridge’s tweet read.