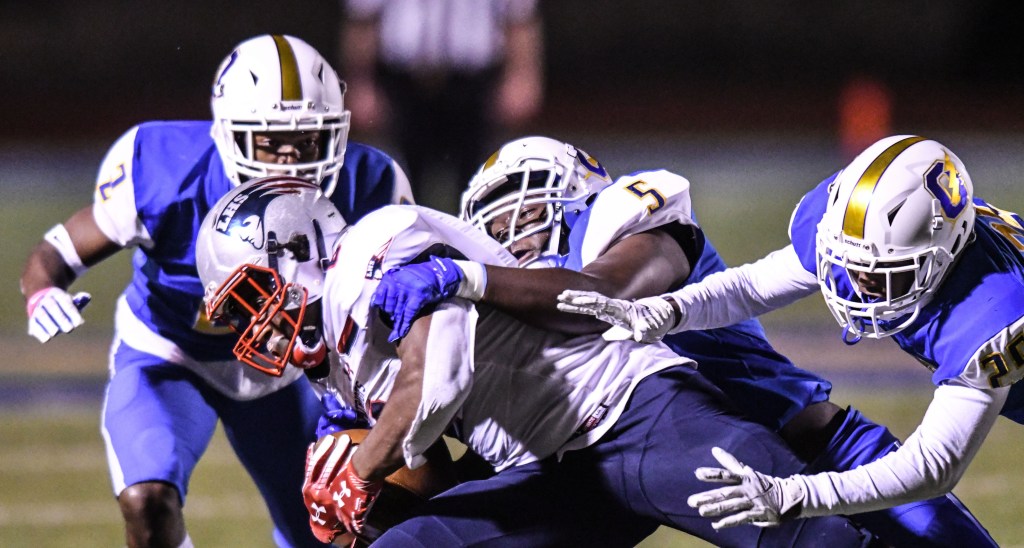 No miraculous comebacks were needed this week.

After overcoming the largest scoring deficit in school history, the Chargers played according to their standard.

“We played better early in the game, there’s no doubt about it,” said Oxford head coach Chris Cutcliffe. “Offensively, it took a little bit to get going, but we finished really well. Defensively, it was a slow start, but we eventually got it together.”

After the Chargers (4-0, 2-0 1-6A) punted away their opening possession, the Patriots effortlessly moved the ball via the run game all the way to Oxford’s 22-yard line. After missing a field goal from 40-yards out, the Chargers scored on the rest of their first half possessions and never looked back.

The Chargers led 39-0 at the half with a running clock the rest of the way.

Both Charger quarterbacks had few issues as well, even with a short field for a bulk of the game because of special teams miscues and turnovers from Lewisburg.

“Both played well consistently,” Cutcliffe said. “We’ll continue to play both, simply because of all the unknowns right now. We need them to be ready to play at all times.”

“(Lewisburg) plays the same kind of defense we do, so our goal was to go fast and do what we do,” Oxford quarterback Michael Harvey said.

Trip Maxwell had two touchdown passes, one to D.K. Johnson from 31-yards out and another to Jay Wortham on a screen pass near the goal line, one of Wortham’s two receiving touchdowns.

The other touchdown grab came from Harvey late in the first half.

“Our short field position definitely set us up for success. We made nice plays in the passing game. We took care of the football and made plays when we had to,” Cutcliffe said.

Harvey also got his first career rushing touchdown on a quarterback sneak.

“I’ve been wanting that play for a long time. It was really fun,” Harvey said.

On the ground, Omar Howell had the lone touchdown run to begin the scoring for Oxford late in the first quarter.

Next week, the Chargers will travel to Southaven for the second time in three weeks to face the DeSoto Central Jaguars. Kickoff time is set for 7:00 p.m.

“DeSoto Central is really well coached. They have some talented guys. It’s going to be a challenge for us this year,” Cutcliffe said.