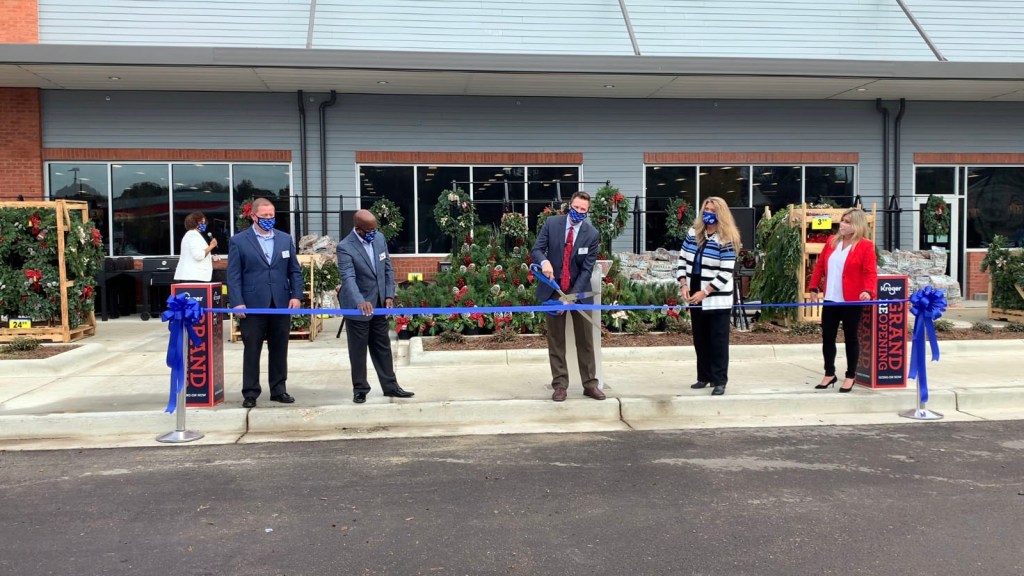 The Oxford Kroger is officially reopened.

During a ribbon cutting ceremony on Wednesday, the grocery store celebrated the completion of its 15-month renovation project that cost $24 million.

The project began on Aug. 3, 2019, doubling the grocery store’s original footprint of 55,000 square-feet to 109,500 square-feet. The store was originally built in 1999 and had not had any renovations until this project.

“The 20 year-old store had shown quite a bit of age,” said Oxford store manager Jeff Neal during the ceremony. “Look at the store behind me now. The store has doubled in size, and if you didn’t know any better, you would think this store is a brand-new facility.”

The project allowed an expansion in the store’s pharmacy, which now features a double drive-thru, and added a kitchen supply department as well as an expanded cosmetic and beauty supply section. The extra 54,000 square-feet is also filled with a Starbucks, a walk-in beer cave, a sushi bar and other deli options.

An outdoor patio seating area and an expanded indoor seating area next to Starbucks were also included in the project. The new fuel center, which is being constructed on the east side of the store, is expected to be completed sometime in December and will offer diesel fuel.

Due to the expansion, Kroger helped bring 100 new jobs to Oxford. Oxford Mayor Robyn Tannehill was present for the ceremony and thanked the grocery store chain for the new jobs, as well as their efforts during the COVID-19 pandemic while also working to complete the renovation project.

“Kroger has been an incredible community partner with the City of Oxford,” Tannehill said. “The past eight months have certainly shown us how important our grocery stores are to our communities. To all of the employees who have kept the doors open, kept the shelves stocked and safely served the customers of Oxford, we thank you. I know it has been so hard for you, and you have been at risk, and that has not been lost on us.”

As part of Veteran’s Day, Kroger donated $5,000 to the Ole Miss Veterans Center. They also donated $10,000 to the Grove Grocery Ole Miss Food Pantry as part of their Grand Reopening ceremony.

Supervisors vote to assess more than $115K in fines…