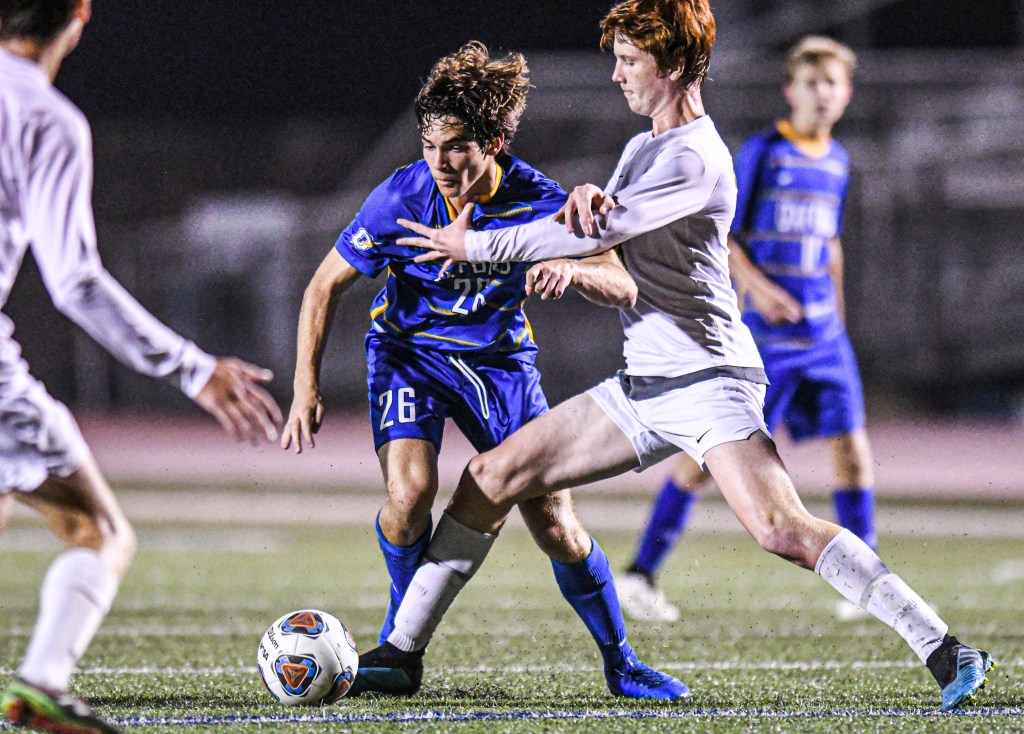 It has been a busy start to the soccer season for Oxford, and that may have caught up to them on Tuesday.

The Chargers hosted Starkville for a pair of matches with both teams taking home a victory at Bobby Holcomb Field. The Lady Chargers used a late first-half surge by a freshman to rally past Starkville, 6-2, while Oxford’s boys team fell flat for the first time this season, losing 3-0.

Both matches saw slow starts, with Oxford taking a little bit to find their footing after playing three matches in as many days over the weekend.

The Lady Chargers saw themselves get down 2-1 in the first 15 minutes of their match against the Lady Yellowjackets. Then freshman Taylor Grace Hamilton kicked things into another gear to close out the first half. Hamilton scored four goals in the final eight minutes of the half to give Oxford (5-0-1) a 5-2 lead at the break.

Freshman Emma Reeder then added the final goal of the match in the in 76th minute. Between Tuesday’s match and Saturday’s 7-0 win over DeSoto Central, Reeder and Hamilton have accounted for nine of Oxford’s last 13 goals. The early offensive output by Oxford’s underclassmen through six games is not a surprise to head coach Hunter Crane.

“We kind of expected it a little bit,” Crane said. “We’ve seen it in practice and that upcoming freshman group is pretty special. TG Hamilton and Emma Reeder coming off the bench, both of them have been a really, really nice addition to our varsity group. You see it in practice and you just always wonder is it going to translate to big games. They’re kind of young and a little bit inexperienced when it comes to that, but they’ve got a feisty-ness to them that we really enjoy watching and it gives us a little bit different of a dynamic.”

Coming off a big 2-1 win over Clinton at mTrade Park on Saturday, the Oxford boys looked to be lacking energy on Tuesday and never really found a rhythym in their first loss of the season.

After an early goal by Starkville’s Connor Davis, neither team had any dominant offensive presence the rest of half to allow Starkville to take the 1-0 lead into the break.

“Something was missing tonight,” Crane said. “We didn’t come out with the enthusiasm we’ve had early in the season. Part of that could be that we’ve played quite a few games over the last week. (Our) legs probably not under us as much as we’d like them to be. …We just didn’t have it tonight. We had moments where it looked really, really good, but for the most part it was inconsistent.

Oxford (5-1) never got their legs back under them in the second half and Starkville took advantage with two insurance goals late. Ethan Pulliam found the back of the net twice with goals in the 66th and 74th minute to put the game away for the Yellowjackets.

The Chargers have a week off to rest after moving Thursday’s scheduled matches with Olive Branch to January. Oxford will travel to Tupelo on Nov. 17.

First Round Playoff Preview: No. 2 Oxford begins their…