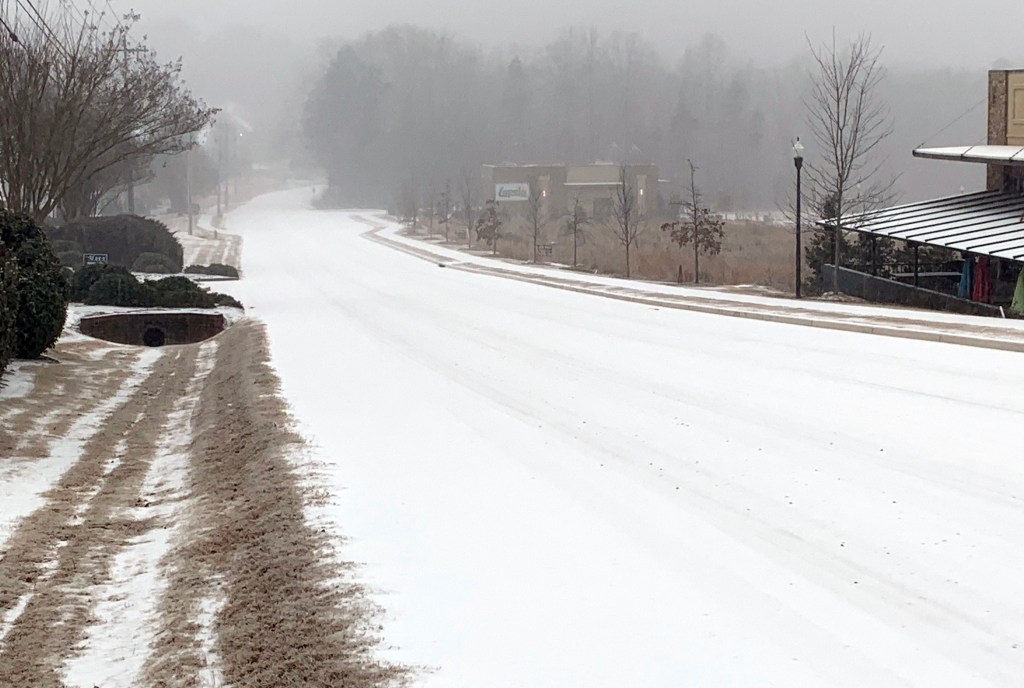 Roads and bridges were already iced over after Sunday’s sleet and snow accumulation, and temperatures staying below freezing overnight. The stretches of roads currently known to still be closed are the hills at Bramlett Boulevard and 9th Street on Jefferson Avenue, which closed on Sunday due to icy conditions. There are also several county roads that are impassable. Highway 6 has one open lane.

Oxford’s forecast for Monday calls for between eight to 12 inches of snow and ice accumulation with the high only getting up to 17 degrees and Monday’s low being around three degrees.

Due to the ice and snow accumulation, power outages are likely. Prepare for possible outages by:

The University of Mississippi closed its main campus in Oxford for Monday, but no decision has been made for Tuesday.

All COVID-19 vaccination appointments for Monday were canceled at all sites. Those with appointments at Lafayette County’s drive-thru site, located at the National Guard Armory, were rescheduled for Feb. 21 at the same times. The Mississippi State Department of Health has not announced a decision for Tuesday’s appointments as of Monday morning.

A complete list of rescheduled dates at other sites can be found here.

The Oxford Food Pantry will be closed this week, Wednesday and Thursday, due to the weather conditions making it unsafe to access their parking lot off Molly Barr Road.

All city and county trash collections will not take place on Monday and Tuesday due to the inclement weather.

Sun is expected to come out on Tuesday, but the temperatures are not predicted to get above freezing, meaning whatever falls on Monday may still be on the roads. Wednesday and Thursday’s forecast calls for more wintry mix that could create one to three inches more accumulation.

Local state of emergency declared in Oxford ahead of…