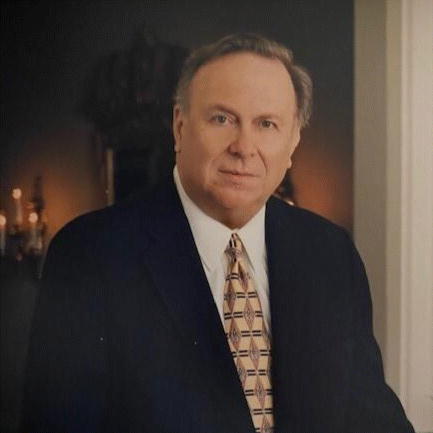 Longtime Jackson attorney John Land McDavid, 90, died Feb. 11, 2021, at home.
He was born on April 22, 1930, in Mississippi County, Ark., to John Earl and Elizabeth Land McDavid, who predeceased him.
There will be a graveside service for immediate family.
McDavid grew up in Macon, Miss. and graduated from Macon High School in 1948. He then enrolled in the University of Mississippi’s College of Liberal Arts. He was a member of Sigma Chi social fraternity and Omicron Delta Kappa national leadership honor society.
During the Korean War, he left school in 1951 to enlist in the U.S. Air Force. He transferred to the U.S. Army a year later to attend the Infantry Officer Candidate School at Fort Benning, Ga. After OCS graduation, the newly commissioned second lieutenant completed parachute school and was assigned to the 82nd Airborne Division’s 505th Parachute Infantry Regiment at Fort Bragg, N.C.
Following active duty, McDavid returned to Ole Miss to enter the law school, from which he graduated in 1956. He was elected law school student body president and was a member of Phi Alpha Delta, a national law fraternity.
He worked three years in New Orleans for Texaco and the Federal Land Bank before returning to Mississippi in 1959 to begin private practice in the capital city, primarily in the areas of oil and gas and real estate law. For a number of years, he was a frequent lecturer and writer on the subjects of oil and gas and real estate law. He was an adjunct professor at the Mississippi College School of Law. McDavid served for more than three decades as general counsel for the Jackson Association of Realtors. He was a fellow of the Mississippi Bar Foundation. In addition to Mississippi, he was admitted to practice in Alabama and Tennessee.
Forty-five years after graduating from law school, McDavid completed undergraduate degree requirements and received a bachelor of arts degree from his alma mater in 2001. He donned cap and gown to take part in spring commencement ceremonies on the Oxford campus.
He was a member of the First Baptist Church of Jackson and its Explorers Sunday School Class.
McDavid was preceded in death by his wife of 62 years, Sylvia S. McDavid, who was a fellow Ole Miss Law School graduate. He is survived by his children John Sanford McDavid and wife, Mary Beth; Stephan Land McDavid and wife, Rosie; and Elizabeth Holly Virden and husband, James; brother, Robert S. “Sammy” McDavid and wife, Frances; niece, Mary Beth McDavid; also six grandchildren, Patrick Sanford McDavid and wife, Lauren; Jason Harkins McDavid and wife, Dendy; Stephan Adams McDavid; Henry Land McDavid; Sara Hart Hersey, and husband, Kyle; and John Hunter Virden, and fiancée, Vanessa McDoughan; and seven great-grandchildren.
In lieu of flowers, the family requests memorials be made to First Baptist Church of Jackson