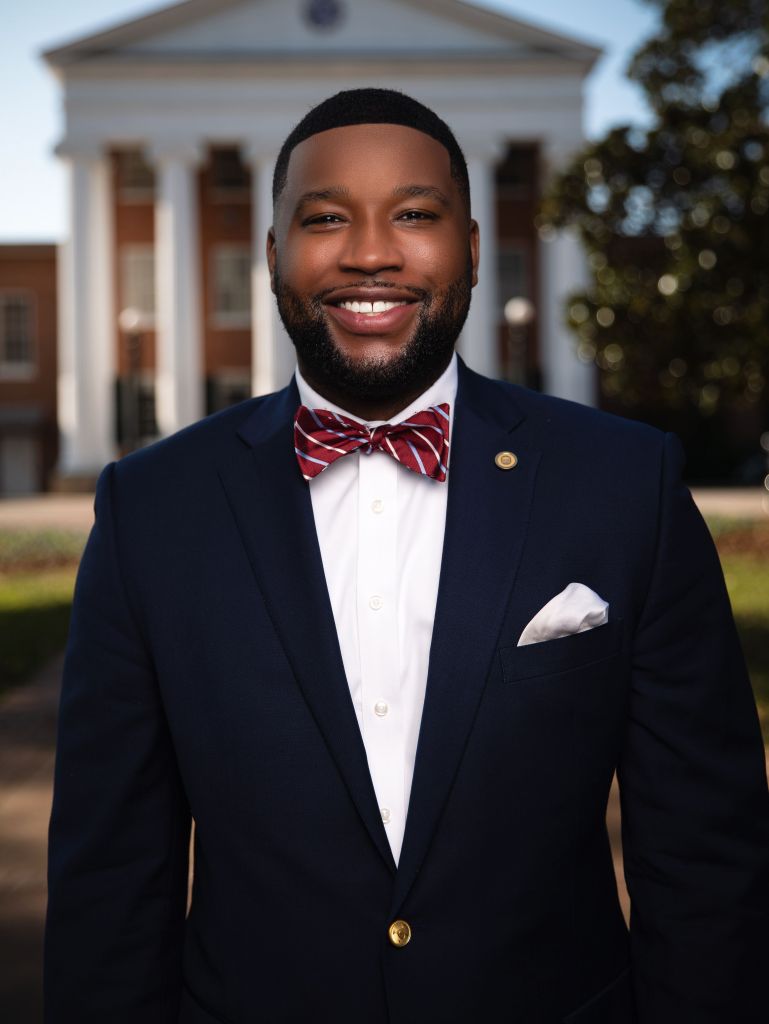 Editor’s Note: This is part 3 of the EAGLE’s Black History Month series, which will publish every weekend in February.

Arthur Doctor was given a monumental task when he arrived at the University of Mississippi in 2018: Increase equity in some of the university’s most established spaces, fraternities and sororities. And, he did it as the first person of color in his position.

His work hasn’t gone unnoticed as the Institutions of Higher Learning’s board of trustees named him Mississippi’s 2021 Diversity Educator of the Year during its Feb. 18 meeting.

“I don’t often think of myself as a diversity innovator or formal educator in my role,” said Doctor, a native of Charleston, South Carolina. “I just try to create opportunities to build equity and to provide education to our stakeholders.”

Doctor hit the ground running as director of fraternity and sorority life, hiring a diverse staff and bringing conversations about diversity and equity into all aspects of his team’s programming, from onboarding new staff and students to leadership development.

“Arthur Doctor is an outstanding campus and community leader, and we’re incredibly proud of him for the honor and recognition of being named the 2021 Diversity Educator of the Year,” Chancellor Glenn Boyce said. “It is especially impressive to be recognized among all IHL institutions for his efforts to shape how our community and our state become more inclusive places to live, learn and work.

“We applaud and thank Arthur for his contributions to our campus as a transformational leader who makes an enduring difference for our students and countless individuals.”

Doctor said his goal is not simply for students participating in Greek life to have more conversations about diversity, but to think about how the organizations themselves interact with the greater community.

“How are we creating equitable experiences for our community, but also in the way we interact with our communities?” Doctor said. “How can every student see a space for themselves in fraternity and sorority life at the flagship?”

Doctor also understands that being a young professional in a position of such influence makes him a mentor in the eyes of many students, meaning he must not only incorporate ideas of equity into his career, but also his personal life.

“His work has led to meaningful and systematic change within the fraternity and sorority life community and shows he is a true leader in the field of student affairs. His exemplary commitment being honored by IHL is well-earned and it is a pleasure to have Arthur as member of our UM community.”

Besides his extensive efforts on campus, Doctor is active with civic, community and professional organizations. These include his service as co-chair of the Advisory Committee on Diversity, Equity and Inclusion for the Association of Fraternity/Sorority Advisors and a member of the United Way of Oxford-Lafayette County board of directors.

For his efforts, Doctor has earned a number of other accolades. Last year, he received the Black Student Union Guiding Light Award as well as the Division of Diversity and Community Engagement’s Diversity Innovator Award. He also was recognized by the North American Interfraternity Conference with the 2020 NIC Advisor of Distinction Award.

The Diversity Educator of the Year award is handed out each year during Black History Month to recognize campus and community leaders for their efforts in advancing diversity and encouraging understanding and respect.

“Dr. Doctor has made significant changes at the University of Mississippi to make Greek life more inclusive and works with others across campus to expand diversity efforts and make the campus more welcoming to all students,” said Shane Hooper, chair of the board of trustees’ Diversity Committee.