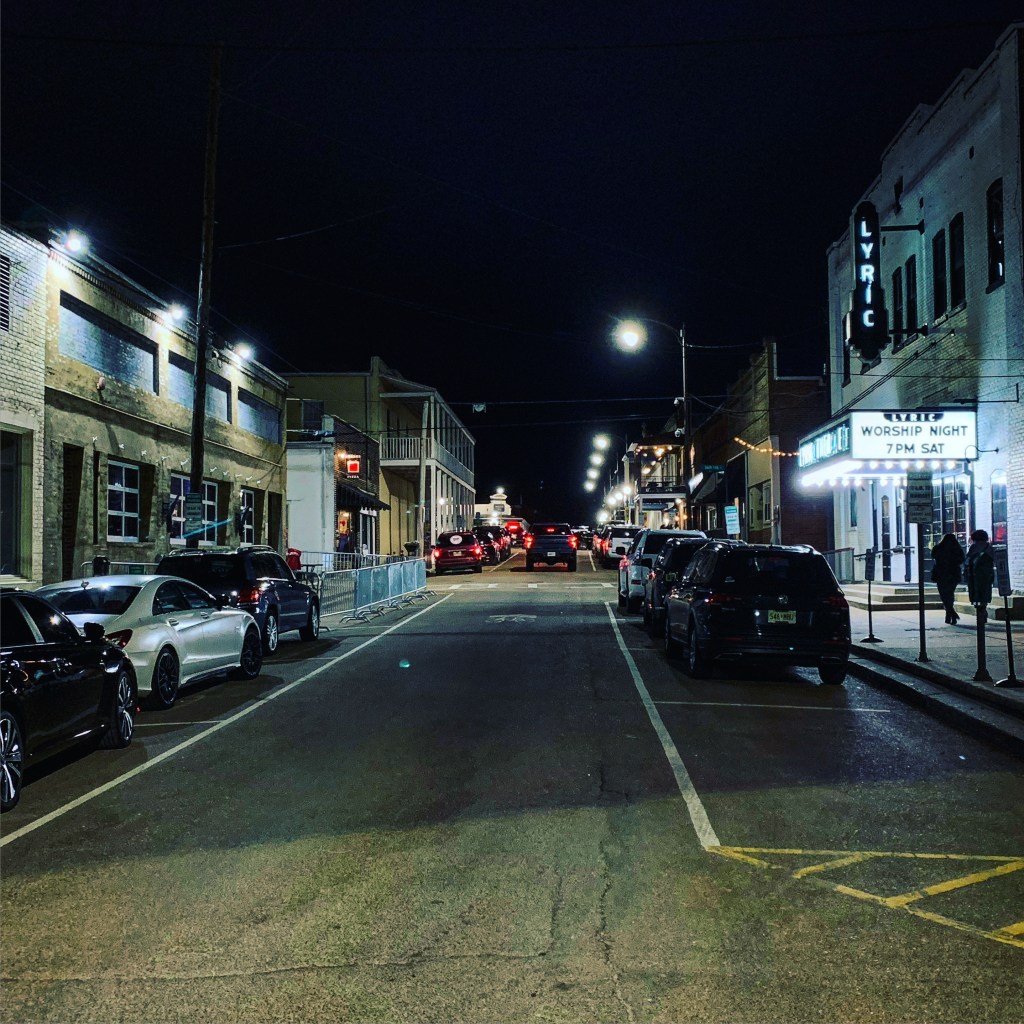 On March 18, 2021, one year after Lafayette County reported its first case of COVID-19, the Oxford Downtown Square is full of life as restaurants and businesses are returning to a sense of normalcy. One year ago, the Square was empty as businesses closed up and safety measures put in place upon hearing the news of COVID-19 now in Lafayette County. (Jake Thompson/Oxford Eagle)

Everyday life was normal in Oxford on March 18, 2020, but that all changed the following day.

From there, everything changed, but it was a change that was anticipated as Tannehill and her staff at City Hall started meeting regularly in February to come up with a plan if, and more likely when, the COVID-19 pandemic made its way to Lafayette County.

“There were about 12 of us that sat in our office in a circle that looked at each other and said, ‘Okay, what are we doing next?'” Tannehill said. “We were one of the first in the state, before the state of Mississippi and before (Governor Tate Reeves) declared anything, we were one of the first to declare a state of emergency and to start getting things in place.”

On March 20, what would normally be a regular Friday night on the Oxford Downtown Square looked more like the opening images of a zombie apocalypse movie. The streets were empty, businesses and restaurants closed. It was a precursor of what was to come.

Two days later, Tannehill and the Oxford Board of Aldermen met for a rare Sunday meeting. The results of that meeting brought about a decision nearly every other municipality and its leaders were making across the country — Oxford was shut down.

Essential businesses, such as grocery stores and pharmacies, were allowed to stay open for curbside or in-store service. Eventually, Tannehill and the Board realized what is or is not an essential business was not a cut-and-dried list.

“In hindsight, there some things I would do different. The first is, there are no essential businesses. Every business is essential,” Tannehill said. “We got so hung up, because the national dialogue was essential versus nonessential businesses. We didn’t give a lot of thought; we just kind of followed that lead and I would say that was wrong from a national level on down. Anyone who runs a business of their own, which I’ve done before and should’ve known better at the time, knows that that business is essential to that family.”

Businesses were not the only things shut down as both the Oxford and Lafayette School Districts transitioned to virtual learning for the remainder of the spring semester. The pandemic reached Mississippi when nearly all public schools, along with colleges and universities, were on spring break.

The Institutions for Higher Learning announced on March 12 that all universities would shut down for in-person learning the remainder of the spring semester, which would extend into the May intersession and summer classes.

For the University of Mississippi, their decision-making revolved around more than students living in Lafayette County. Ole Miss was having to strategize for students who were currently all around the globe on study abroad trips, as well as spring break.

An Incident Response Team was formed at Ole Miss, that grew to include up to 40 people, who met on a daily basis in March as they continued to gather information regarding COVID-19.

“You have to plan for semesters, because students make decisions based on what campus is going to be doing and what’s going to be available and what the protocol is going to be on campus,” said Ole Miss Provost and Vice Chancellor for Student Affairs, Dr. Noel Wilkin. “This began as a global issue, and so we had people throughout the world, our students, faculty, staff who were in various places in the world when this started. … It was just a matter of students trying to figure out if they could get (to Oxford) or not. It was also students trying to figure out how could they continue to do things when not here in Oxford.”

While the pandemic raged through the spring and summer months, it became clear the “stay at home for two weeks” method was not working as case number and deaths related to COVID-19 continued to rise. Oxford continued to be one of the more stricter municipalities in Mississippi, with a mask mandate that lasted for nearly a year.

In September, furloughed city employees returned to their jobs as Oxford began the process of rolling back certain restrictions and reopening businesses. Some businesses were able to reopen in May, to limited capacity.

Now, a full year into the pandemic, the City of Oxford is shifting from recovery to rebuilding after Reeves lifted nearly all COVID-19 restrictions in his latest executive order earlier this month. The biggest change in the orders include the removal of the mask mandate for counties, including Lafayette.

The Board voted to follow Reeves’ orders, lifting their mask mandate that had been in effect since April of last year. Despite mask no longer being required, many local businesses and restaurants still require them. A decision that did not surprise Tannehill, who along with members of the Board stated they will continue wearing masks or facial coverings.

“I appreciate that our community is as compassionate as they are and still wearing masks,” Tannehill said. “We so appreciate the businesses that are still requiring masks. We believed that would happen. That was not really a surprise to me because I’ve watched them do it for a year. I’ve watched everybody step up. … I believe the light is at the end of the tunnel, but until more people are vaccinated, we still need to be diligent.”

According to the Mississippi State Department of Health, 24,071 residents in Lafayette County have received at least one dose of the COVID-19 vaccine as of March 18, totaling nearly half of the county’s population that has begun the process of being vaccinated or fully vaccinated.

There are nearly 960,000 total doses administered in Mississippi and 350,554 Mississippians are fully vaccinated, while 637,922 have received at least one dose.