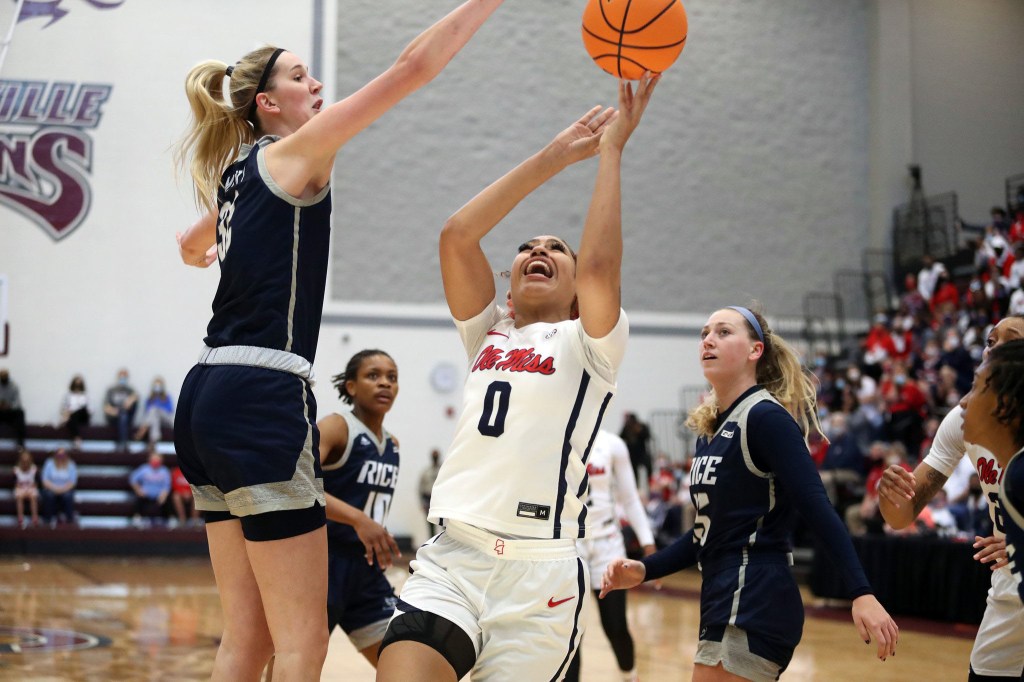 COLLIERVILLE, Tenn. — In their final game of the season, the Ole Miss women’s basketball team came up short in holding up a trophy.

The Rebels fell to Rice, 71-58, in the WNIT Championship at Collierville High School on Sunday. Despite being unable to win a postseason title, it was the deepest postseason run in program history.

Trailing by as many as 16 points in the second half, Ole Miss (15-12) got to within four points with 4:22 remaining after utilizing their staple dictate and disrupt defense. Rice head coach Tina Langley immediately took a timeout to slow the game down and it worked as the Owls closed the game on a 13-4 run to secure the WNIT postseason title.

Previous postseason experience for Rice, which played in the 2019 NCAA Women’s Tournament, paid off while a bulk of the Rebels were experiencing postseason championship minutes for the first time.

“Of course we wanted to win,” said Ole Miss head coach Yolett McPhee-McCuin “(Rice) understood the moment. You could tell from the beginning of the game. They understood it and my players didn’t. The only player that’s played postseason for me is Shakira Austin. I’ve don’t have any other players that played in postseason. I don’t know how to explain it other than that’s what happened the whole game. So even when we made a run back, I felt like they were in control the whole 40 minutes.”

Offensively, the entire game was a struggle for the Rebels who shot 30 percent from the floor (21-of-70). The second half was better for Ole Miss, who shot 37 percent after shooting 21 percent the first two quarters.

The Rebels failed to make a three-pointer, going 0-of-6 from beyond the arc.

Shakira Austin finished with a game-high 25 points after a slow start to go with a team-high nine rebounds, tying Donnetta Johnson’s nine boards. Austin was the only Rebel to score in double-figures with Johnson held to eight points and Madison Scott finished with seven points.

Anchored by 6-foot-9 center Nancy Mulkey, Rice (23-4) managed to dictate the pace of the game. Even with Austin, the Rebels had no answer for Mulkey’s presence under the basket as she tied forward Lauren Schwartz with a team-high 19 points. Mulkey, who was named Most Valuable Player of the WNIT, nearly secured a triple-double with 12 rebounds and seven blocks.

Rice finished game a perfect 17-of-17 at the free throw line while the Rebels finished 16-of-22 from the charity stripe.

“I’m in it for the long haul. This is just a step in the right direction,” McCuin said.