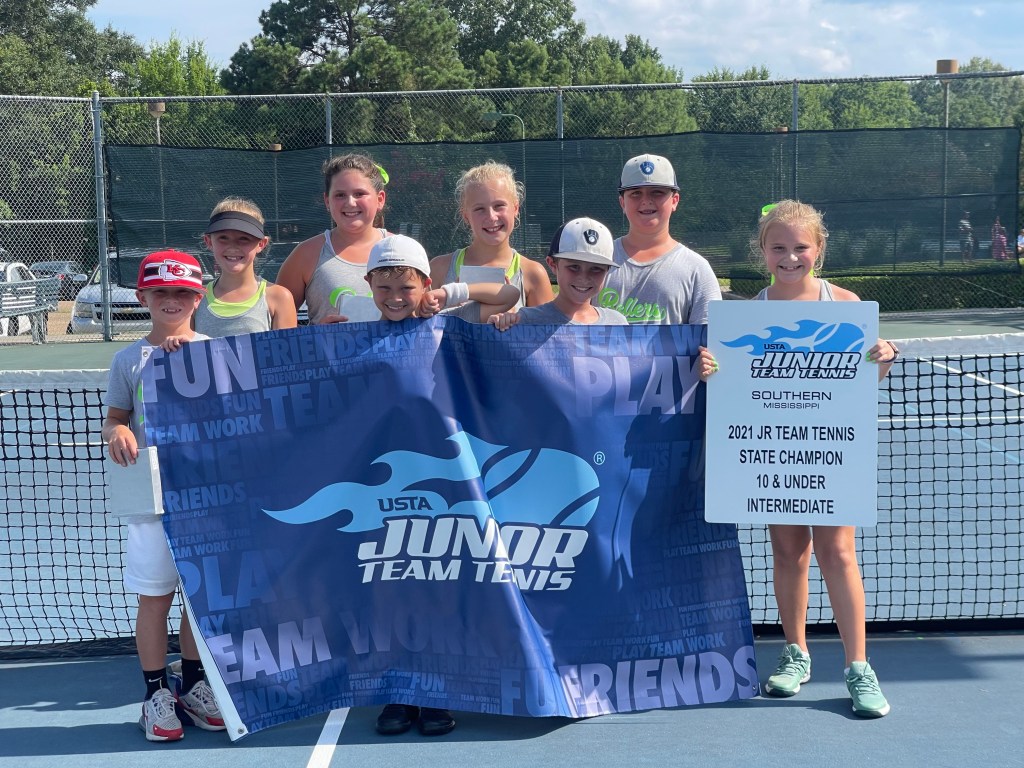 The depth of tennis talent in Lafayette County is already known with the success both high school teams have, but a younger group recently showed how talented they were.

Oxford’s 10 & under Junior Team Tennis (JTT) team took home the state championship last weekend in dominant fashion. The group went 4-0 in the tournament, which was held at the Ridgeland Tennis Center, and 19-1 in matches.

The team travels to Rome, Ga. in two weeks to compete in the Southern Sectionals.

Unlike how the scoring is done at the high school level where it’s a best of seven format, the JTT format is based on how many games a team has won throughout the entire tournament. The sets are abbreviated with only four games and then a tiebreaker if necessary.

“They just kind of rolled through it. It was kind of crazy,” said Josh White, a parent captain for the the group. “Going 19-1 and only losing one match, that’s pretty crazy to me. We mixed it one as well. It wasn’t like we had one boy do singles the whole time. Mixed doubles, it was different partners and stuff. It was a total team effort.”

“It’s kind of trickled down,” White said. “They’ve been taking lessons and stuff and they’ve seen the banners at the (John Leslie Tennis Center) and were like, ‘Hey, can we get a banner with our name on it?’ This was before we had even played (a match). They were motivated. They wanted to be a part of something and I think that makes a difference.”

Amanda Urbanek took over as the area coordinator for JTT in May and quickly put together a 10 & under group as the summer season started in June. With the success of this team, Urbanek is looking to grow JTT back up in Oxford.

The 10 & Under team that won the state championship is made up of kids who play through the Oxford Park Commission. Urbanek is wanting to get teams started up at Goose Creek and over at the Country Club of Oxford to help build up the pool of talent and teams for the fall season and beyond.

“It comes down to parents, too,” Urbanek said. “If the parents aren’t educated about it then they don’t know to sign their kids up. It does take parent involvement.”