Lafayette looking to bounce back at Horn Lake 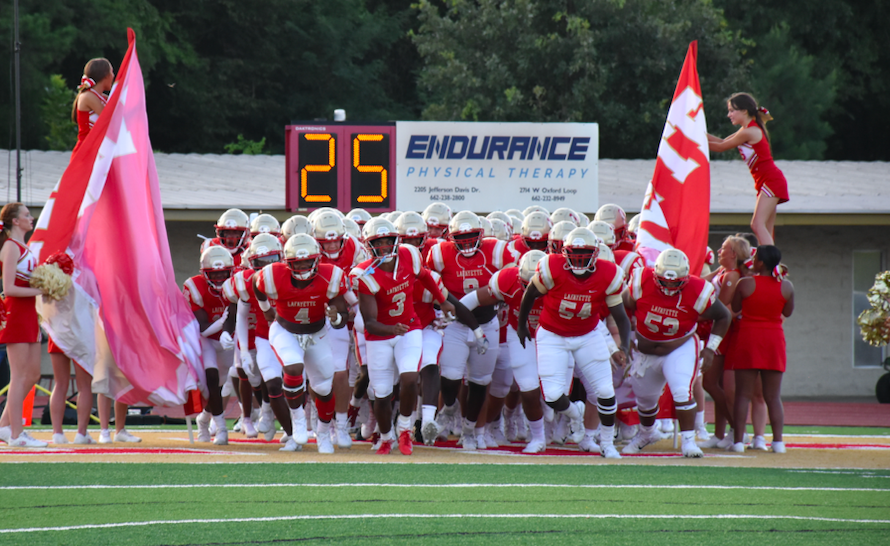 Lafayette players run onto the field at William L. Buford Stadium on August 27, 2021 ahead of their game against Tupelo. (Jared Redding)

Kickoff is set for 7 p.m. at Horn Lake High School.