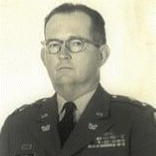 CWO Smith enlisted in the US Army September 1, 1948. He served in the occupation forces in Europe following WWII, one tour of duty in the Korean War, and two tours in the Vietnam War. He retired after 26 years on January 9, 1974, achieving the rank of CW-2.

Following his military career, he worked in civil service for 18 years, teaching pastry baking to US Army chefs. CWO Smith ended his career with over 44 years of federal service.

His lifelong hobby of hard work led to other ventures, including a landscape maintenance company and overseeing internment and maintenance duties at several cemeteries.

His sons begrudgingly participated in the landscape venture not realizing until later in life that those 6:00 a.m. Saturday morning, cartoon crushing wake-up calls were, as their dad told them, “character builders”.

He also owned Smith Farms, a horse boarding and training facility located at the family home in Blythewood, that still operates today. If he had a second hobby, it was engaging with and looking out for his beloved “farm family”.

A lifelong Primitive Baptist, he was an active member of the New Hope Primitive Baptist Church of Columbia since 1959. Generous as he was, he took it upon himself to take care of the church itself, including the building and grounds maintenance. When he could no longer do that himself, he hired someone to come out and take care of it.

His personality, commitment to his family, and generous nature made him widely respected and admired in the Blythewood community, which honored him with a special proclamation in 2019. His was a life of hard work, family, and service to others. He often said that he would rather wear out than rust out, and that he accomplished.

Survivors include his sons, Donald Ray Smith and wife Shirley of Rancho Cordova, CA; Steven Escar Smith and wife Natalie of Knoxville, TN; and Michael Robin Smith of Blythewood; four grandchildren; and six great-grandchildren. In addition to his parents, he was preceded in death by his wife, Laura Bell Derden Smith, and ten siblings.
The funeral service will be held at 12:30 p.m. Thursday, September 9th at Shives Funeral Home, Trenholm Road Chapel, 7600 Trenholm Road Extension, Columbia, SC. Burial with full military honors will follow at 2:00 p.m. at Fort Jackson National Cemetery, 4170 Percival Road, Columbia, SC. The family will receive friends from 5:00 until 7:00 Wednesday evening at the funeral home.
In lieu of flowers, memorial donations may be sent to St. Jude Children’s Research Hospital, 501 St. Jude Place, Memphis, TN 38105.
Memories and condolences may be shared at ShivesFuneralHome.com.