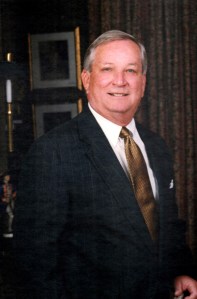 James (Jim) Pittman Cassidy, 79, passed away peacefully on Sunday,
November 7th, 2021, at his home surrounded by his loving wife of
fifty-six years and four children.
Jim was born in Coral Gables, FL, on October 14, 1942, to the late
Archibald Richard Cassidy and Eula Carney Cassidy and was the fourth of
five children.  Jim spent most of his childhood reared in Jacksonville,
FL, and attended Robert E. Lee High School before enrolling his last two
years at Darlington High School, where he excelled in academics and
football and soccer and served as the school’s President of the Honor
Council his senior year.  Following high school, Jim attended Washington
& Lee University, where he became of member of the Phi Delta Theta
fraternity, before later graduating with a Bachelor’s degree in business
from Jacksonville University.
After college and with the recommendation of his older brother Arch,
Jim attended Officer Candidate School in Florida.  In 1965, he moved to
Denver, CO, where he went to Naval Air Intelligence School as an Ensign.
While in Denver, he was introduced to his Mississippi belle and the
love of his life Miriam (Miki) Crabill Cassidy by Miki’s first cousin
Sally Holcomb Surface.  Shortly after they met, Jim was assigned to
Barbers Point, HA, where he became the Air Intelligence Officer for
Patrol Squadron 6 at Eva Beach, HA.  His squadron made deployments to
the Aleutian Islands, AK, and Okinawa, Japan.  The squadron also spent
time in Saigon and Cameron Bay, Vietnam.  He received the rank of
Lieutenant after his service.  The two would later marry on November
6th, 1965, and live in Hawaii where they had their first and only
daughter before relocating to Marks, MS, in 1968, where Jim worked for
the Self family’s business Pacific Buildings until becoming president of
Self & Company Gins, Inc.  Upon his retirement, Jim wasted no time in
transitioning and fulfilling the second half of his life as an investor,
Citizens Bank & Trust Company bank board director, reading enthusiast,
golfer, hunter, and, most importantly, a husband, father, and
grandfather.
The native Floridian was active in many organizations over the years and
quickly rooted himself into the Mississippi and Delta community.  He
served as an Alderman for the City of Marks (Ward IV) for thirty-two
years and was a member of the city’s Rotary Club and helped pioneer
Quitman County’s republican party, before later serving on Mississippi’s
central executive committee for the Republican party.  Jim served as
president of the Southern Cotton Ginners’ Association and the
Mississippi Ginners’ Association from 1990-91 and was awarded the Delta
Council Achievement Award for his outstanding contributions to cotton
ginning.
Jim believed in education and the importance of it within his community.
He was a lifelong supporter of Delta Academy and a former President of
the school board.  Later, Jim became president of the Mississippi
Private School’s Association (MPSA) and was instrumental in executing a
policy that raised the academic standards and requirements for students
participating in private school athletics.
Jim was an active and lifelong member of the Episcopal faith, initiating
from his childhood days at St. Mark’s Episcopal Church in Jacksonville,
Florida, to his impressionable, faith-spent years at Darlington High
School followed by his fifty-five years as a member of the Episcopal
Church of the Advent in Sumner, MS.  At the Advent, Jim taught Bible
school as an early member and later served as Junior and Senior Warden
of the church and attended annual Diocesan Council meetings.  During his
time as Senior Warden, the church named its first of two female rectors,
both of whom he respected dearly.
Outside of his involvement with the cotton-ginning industry, school,
church, and the City of Marks, Jim was passionate about traveling with
his longtime Navy friends, Posey Mound Farm, Beulah Island hunting club,
Wilson Lake Country Club, and Ole Miss and Sewanee football, with the
Florida Gators holding on as his favorite “second team.”  He loved
spending time with his children or grandchildren at the farm or hunting
club hunting doves, ducks, deer, or turkey, or playing golf wherever he
could, or participating in football festivities in The Grove.  Both Miki
and Jim were such loving and active parents supporting their children
and grandchildren’s activities from Pre-K through college and beyond.
They both found such joy in attending and supporting the numerous
football, basketball, track, tennis, or golf games and matches and for
hosting wonderful family and friend gatherings and dinners at their home
in Peyton Circle.  This enjoyment evolved as the family grew, leading to
loving relationships with their daughters-in-law and son-in-law and, of
course, their eleven grandchildren, Caroline Crabill Grisanti (21),
James (Conner) Conner Grisanti (21), William (King) King Grisanti (21),
Adele Kathleen Cassidy (20), Miriam (Macy) Annesley Cassidy (18),
Virginia (Smith) Smith Cassidy (16), Gray Mills Cassidy (17), Jillian
(Everett) Everett Cassidy (15), Ford Landers Cassidy (14), William
Garner Cassidy (14), and James Daniel Cassidy (1).
Jim is survived by his wife Miki of Marks, MS, daughter Caroline Cassidy
Grisanti (Dino) of Germantown, TN, sons James (Jim) Pittman Cassidy,
Jr., Oxford, MS, William (Will) Archibald Cassidy (Annesley) of Tampa,
FL, Christopher King Cassidy (Liz) of Oxford, MS, his eleven
grandchildren, sister Julie Cassidy Williams and sister-in-law Dolores
(Lo) Barnes Cassidy of Jacksonville, FL, sister-in-law Kathleen Crabill
Farrington (Sam) of Jackson, MS, and many loving nieces and nephews.  He
is predeceased by his parents, brothers Richard Carney Cassidy and
Archibald (Arch) Wilson Cassidy, sister Nancy Cassidy Boone,
sister-in-law Carol Thompkins Cassidy, and brother-in-law Joseph (Joe)
H. Williams all of Jacksonville, FL.
In lieu of flowers, please consider a gift to the Episcopal Church of
the Advent (224 Monroe St., Sumner, MS 38957) or to Delta Academy (P.O.
Box 70, 1150 Riverside Drive, Marks, MS 38646).
Memorial services will be held on Wednesday, November 10th, at 2:00pm
central time at the Episcopal Church of the Advent in Sumner, MS.  A
graveside service will take place at the Marks Cemetery at 4:00pm
followed by a reception at the family’s home.
Kimbro Funeral Home in Marks, MS in charge of arrangements.