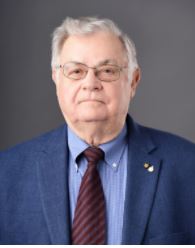 Allie Maitland Smith, PhD June 9, 1934 – November 21, 2021.
Allie Maitland Smith passed away peacefully at his home in Fearrington Village North Carolina on November 21, 2021, surrounded by his family. His family had gathered to be with him in his month-long battle with an aggressive brain cancer. Maitland was born in Lumberton, NC in 1934 to Allie McCoy and Emma Wright Smith. He grew up in Tabor City, NC and graduated from high school in 1952. His parents instilled a love of learning and the importance of education. He attended North Carolina State University where he graduated with honors in Mechanical Engineering in 1956.
Maitland loved music and dancing and spent many nights at Ocean Drive learning and dancing the Shag. At one of those summer nights at Ocean Drive in Myrtle Beach, he met the love of his life, Sarah Louise Whitlock of Lake City, South Carolina. Once he began his career in engineering, he married Sarah in 1957. Working full time, he continued his passion for learning by receiving his Master of Science degree in Aerospace Engineering in 1961 and his Doctor of Philosophy in Aerospace Engineering in 1966 from North Carolina State University. During this same time, Sarah and he began their family in Raleigh, NC raising three beautiful little girls.
Once he received his PhD, he accepted a position as a research supervisor at Arnold Engineering Development Center in Tullahoma, Tn in 1966. Always a teacher at heart, he became an adjunct professor at the University of Tennessee Space Institute. In the aerospace field, he is well known for his discovery of the anomalous refraction maxima phenomenon. His research and experience led to his appointment as Dean of the Engineering at the University of Mississippi in 1979. Upon his retirement in 2008, he was the longest tenured Dean of Engineering at Ole Miss. He was Chairman of the AIAA Thermophysics Technical and Terrestrial Energy Systems Technical Committees as well as Associate Editor of the AIAA Journal and the Associate Editor of the Journal of Thermophysics and Heat Transfer. He is a Fellow of AIAA and ASME and received the AIAA Thermophysics and Hermann Oberth Awards for his research and publications.
Maitland is survived by his wife Sara W. Smith, his three daughters Leianne Taylor (Tommy), Holly Smith, and Merry Vaughan (Bob), his grandchildren Jonathan Taylor (Roxanna), Lauren Falconberry (Rick), David Taylor, Matthew Taylor, Robert Vaughan, Christopher Vaughan, Chase Vaughan and two great grandchildren. He is also survived by his two sisters Judith S. Greene and Jane Smith Patterson (Henry) and his nieces and nephews.
A private family memorial service will be held at the Bald Head Island Chapel over the Christmas Holidays. In lieu of flowers, donations may be made to the GBM foundation (gbmfoundation.com) and the Chatham Transit network (chathamtransit.org).