OXFORD (AP) — Ques Glover scored 21 points and Samford survived blowing a 13-point second-half lead to defeat Mississippi 75-73 on Tuesday for the Bulldogs’ first victory over the Rebels.
After the Rebels’ Jarkel Joiner missed the second of two free throws intentionally with the ball going out of bounds to Ole Miss, the Rebels inbounded the ball with 4.2 seconds left and had a chance to tie. But Jaemyn Brakefield’s baseline jumper with his foot on the 3-point line was a moment too late.
Cooper Kaifes had made a pair of free throws to make it 75-72 with 20.7 seconds left but missed two with 8.2 remaining that gave Ole Miss its final chance.
Jermaine Marshall scored 13 points with 11 rebounds for his sixth double-double of the season and Jaden Campbell also scored 13 points for Samford (10-2). The Bulldogs won their fourth straight game and now have victories over two Power 5 schools this season, Oregon State being the other.
Samford was 0-8 versus Ole Miss coming in with the last meeting in 2002.
Daeshun Ruffin scored 17 points, Joiner 15, Luis Rodriguez 13 and Brakefield 11 for the Rebels (8-4), who saw a nine-game home winning streak end.
Leading by six at the break, Ole Miss went 1 of 9 to to open the second half and Samford took advantage. The Bulldogs hit five 3-pointers over the first five minutes, going on a 25-6 run to lead by 13 with about 12 minutes remaining. Ole Miss worked its way back, tying the game with just under four minutes to go after a 9-0 run.
Jacob Tryon hit a jumper and Marshall picked up a loose ball and sank a 3-pointer to restore a five-point Samford lead with just over three minutes remaining. A held ball and shot-clock turnover let Ole Miss convert baskets to get within a point with 26.4 seconds remaining before Kaifes’ two free throws.
Samford shot 51% and made 11 of 24 3-point attempts. The Rebels shot 41% including 8 of 28 from the arc. Ole Miss led 42-36 at halftime. 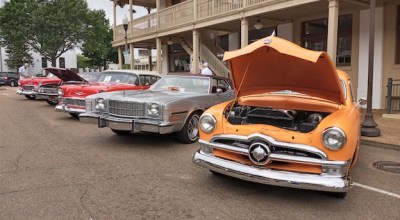 Brooks sparks Rebels in second half of 62-52 win