Sugar Bowl Weekend: How do the Ole Miss Rebs match up against Baylor? 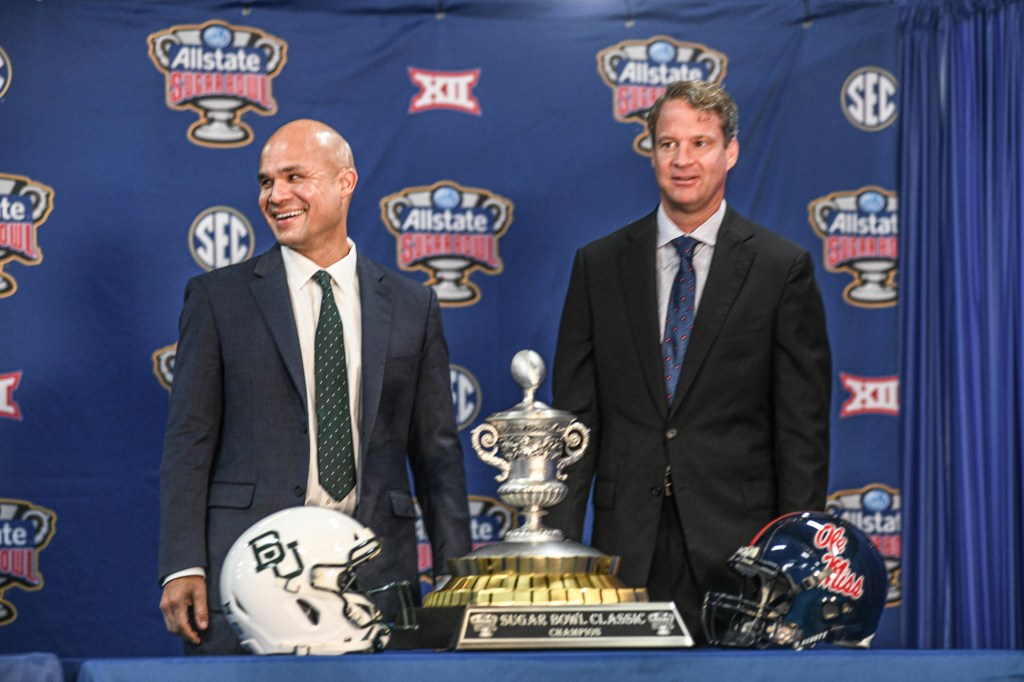 The most anticipated matchup of bowl season is nearly here. Ole Miss (10-2, 6-2 SEC) is set to face Big 12-champion Baylor (11-2, 8-2 Big 12) in New Orleans on Saturday in a clash between two programs on the rise. As we head into the Sugar Bowl weekend, let’s take a look at how the two teams match up.

Ole Miss has one of the most prolific offenses in the country despite the fact they were banged up all season, losing their top three receivers for stretches and featuring a rotating cast of offensive linemen.

Averaging 224 rushing yards per game and over 280 passing yards, the Rebels boast one of the most balanced offensive attacks in college football. Quarterback Matt Corral is a dynamic playmaker who keeps defenses honest with both his prowess on the ground and his remarkable arm talent. Corral ranks 16th in the country in passing yards, 12th in completion percentage and is tied for the fewest interceptions among Power Five quarterbacks. He is also 13th in rushing yards and tied for fifth in rushing touchdowns among quarterbacks. The redshirt junior was one of only four quarterbacks this season with at least 20 passing and 10 rushing touchdowns.

Dontario Drummond leads a talented group of wideouts with 924 receiving yards on the season. Fifth-year senior Braylon Sanders averages over 22 yards per reception, tops in the SEC and third nationally. Jonathan Mingo played just five games this season due to a broken foot but is fully healthy again after a few weeks of rest. Backups like Dannis Jackson and Jahcour Pearson played well when called upon this year, and will likely see plenty of time on Saturday as well.

Ole Miss is the only school in the country with four players with 500 or more rushing yards on the season, featuring three dynamic running backs behind Corral. Jerrion Ealy is a speedster who excels at catching out of the backfield and making defenders miss in space. Snoop Conner is a bruising, old-school SEC running back adept at lowering his shoulder and plowing through defenders. He is one of the premiere goal-line backs in the country and the premiere threat for the Rebels in the red zone. Henry Parrish Jr. earned playing time as an underclassman with his superb play early in the season. Parrish’s strongest performance of the season came against Arkansas when he ran the ball 18 times for 111 yards in the absence of Ealy.

Corral is expected to be the first quarterback off the board in the upcoming NFL draft and has all of his weapons at his disposal for the first time since September, so expect Lane Kiffin to dial up the tempo even more and make plenty of substitutions to keep fresh legs on the field.

Baylor’s offense is built around their impressive offensive line. The big men up front excel in the run game, often getting to the second level of the defense and opening up wide running lanes for running back Abram Smith.

Smith, who started four games at linebacker for the Bears last season before moving to the backfield this year, ran for over 1,400 yards and 12 touchdowns this season. He is a powerful one-cut back who excels at creating contact and flattening unwitting defenders. Offensive coordinator Jeff Grimes wants to get the run game started early to wear down the defense and open up opportunities for play-action.

Smith will benefit from the return of starting quarterback Gerry Bohanon who missed the last two games with a right hamstring injury. Bohanon is a critical part of Baylor’s run game and provides a steady veteran presence to the offense. Bohanon is a good decision-maker who rarely makes mistakes and punishes defenses with his scrambling ability.

The Bears are a physical team that wants to establish the run early in order to open up passing lanes downfield. Speedy wideout Tyquan Thorton is a legitimate deep threat who leads the team in receptions, yards, touchdowns and yards per reception. Baylor will keep the ball on the ground for most of the game, but expect Bohanon to take some deep shots in the second half when the Rebel defense starts to tire.

The Landsharks are back. Ole Miss has one of the most improved defensive units in the country, surrendering 13.3 fewer points per game than last season and generating pressure at a high level.

The Rebels racked up 39 sacks this season, two shy of a program record. They disguise blitzes well with their 3-2-6 formation, a scheme devised in the offseason by co-defensive coordinators DJ Durkin and Chris Partridge. Defensive end Sam Williams set a program record with 12.5 sacks, and will be hungry to add to his record in his last game in an Ole Miss uniform.

A key contributor to the quick turnaround on defense is transfer linebacker Chance Campbell. The former Maryland product registered 99 total tackles in the regular season and is second on the team in sacks. He also leads the Rebels with 11 quarterback hits. Campbell is a leader on and off the field who plays with a high level of energy, and his play in the run game will go a long way towards deciding the game.

The unsung hero for the Ole Miss defense this season is Navy transfer Jake Springer. A hard-hitting defensive back, Springer is known for his devastating blows and contagious energy. Partridge calls him the engine of the defense and his presence in the second half the season propelled the Rebels’ strong finish.

Baylor’s defense is loaded with talented playmakers who swarm to the ball and force plenty of negative plays. The Bears are 15th in the country in rushing defense, 13th in scoring defense, 9th in turnovers forced and 22nd in tackles for loss. They have stars all over the field who excel at getting downhill and stopping the run.

Jalen Pitre is one of the premiere safeties in the country who plays close to the line of scrimmage and generates plenty of tackles for loss. He has a nose for the ball and great closing speed in both the run and the pass.

JT Woods is a ballhawking defensive back, often lining up at strong safety and playing short zone coverages. He is also a high-level run stopper, but can sometimes be caught out of position when playing downfield so expect Corral to challenge him in one-on-one coverage.

Linebackers Terrel Bernard and Dillon Doyle are run-stopping machines, getting into the backfield and plugging running lanes before they even appear. The pair combined for 168 total tackles and will be largely responsible for containing the Rebels’ running backs.

The Bears’ defensive line features three players over 290 pounds including big Siaki Ika in the middle. The 350-pound nose tackle is a force in the run game who eats up multiple blockers on every play. Ole Miss will throw plenty of double teams his way to try and limit his impact.

Jalen Pitre is a force in the run game, racking up 17.5 tackles in the backfield and forcing three fumbles so far this season. He will likely draw the Ealy assignment for most of the game, so expect the Rebels to run plenty of screens, draws and misdirections to try and keep him away from the ball.

Sam Williams is one of the most disruptive defensive linemen in the nation and the best defensive prospect to come out of Ole Miss since Robert Nkemdiche. He will have his hands full against a talented Bears’ offensive line that will give him plenty of attention. Look for the Rebels to try and bring extra pass rushers to get him one-on-one against tackle Connor Galvin.

Chance Campbell is one of the better run-stoppers in the country, but is yet to face a run game as physical as Baylor’s. Abram Smith is a bruising running back who gets downhill quickly, and Campbell will need to be active in the gaps for Ole Miss to have any hope at slowing down the run.

Where the Game Will be Decided

The battle of the trenches will be key to the Rebels’ success. Baylor boasts a strong offensive line and a massive, talented defensive line that has stymied opponents all season. But how will they fare against a high-level SEC team?

Both offenses are adept at moving the ball between the 20s, but the red zone will decide the outcome. Baylor struggled there defensively this season, and Kiffin should take his points where he can get them in this matchup.

Ole Miss is hungry for their first New Year’s Six win under Lane Kiffin, and the high-flying Rebel offense is eager to showcase their talent in the national spotlight. While the Bears should put up a good fight, expect the Sugar Bowl trophy to stay in the SEC.

Something to Prove: Ole Miss, Baylor players ready for…