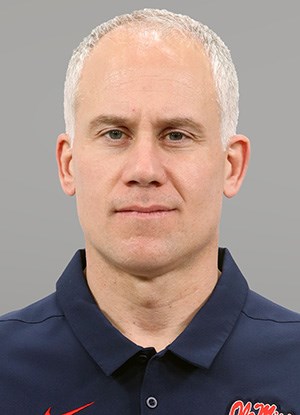 The former Maryland head coach is accepting a position on Jimbo Fisher’s staff after a record-breaking 10-3 campaign in Oxford.

The Rebels boasted the fourth-most improved defense in the country under Durkin and fellow co-coordinator Chris Partridge.

Durkin was responsible for the transition to the new 3-2-6 defensive scheme which gave opposing SEC offenses so much trouble this year.

“As a coach, it’s always about how do you get your best guys on the field,” Durkin said when asked about the change to the defense this season. “As opposed to saying ‘this is our scheme, this is our system,’ and just go plug it in, and whatever guys you have, make them go do it… let’s give them the best scheme we have that gives us the best chance to win and go coach it like crazy.”

Head coach Lane Kiffin acknowledge the possibility of Durkin departing after the Rebels’ 21-7 loss to Baylor in the Sugar Bowl on Saturday. Kiffin did not get into specifics, but credited Durkin with the quick turnaround on defense.

“[Durkin]’s done a fantastic job with our players, not just performance, but recruiting and flipping over a roster that — you guys have followed it here — one that statistically over the last five years of defense here, as bad as anybody in the country,” Kiffin said postgame. “He’s done a great job, along with the other coaches, with flipping the roster over to play like they did tonight and like they did most of the season.”

The news was first reported on Wednesday by Brent Zwerneman of the Houston Chronicle.

Durkin joins a Texas A&M team that surrendered fewer than 16 points per game last season, third in the FBS. The Aggies ranked 36th in rush defense and 17th in passing defense under outgoing defensive coordinator Mike Elko, who took over as head coach at Duke after the Blue Devils fired David Cutcliffe.

Ole Miss will be without both coordinators from their historic 2021 campaign, with offensive coordinator Jeff Lebby departing for Oklahoma. The Rebels hired USF’s Charlie Weis Jr. to replace Lebby last week.