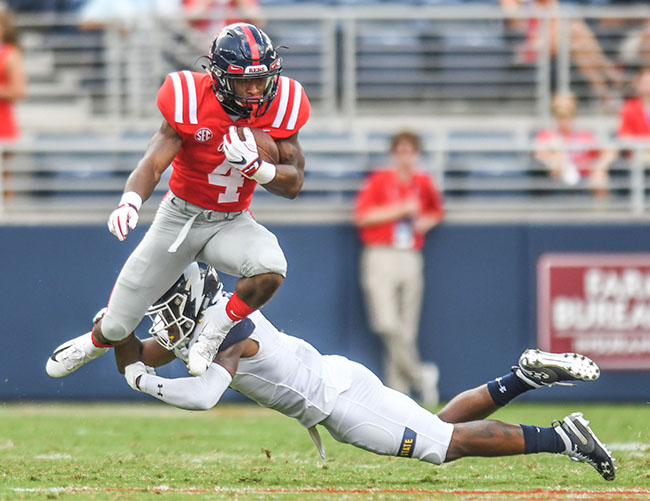 Ole Miss defensive back Tylan Knight entered the transfer portal on Wednesday, becoming the 15th Rebel to enter the portal since the end of the regular season in November.

Knight, who played defensive back and running back during his tenure at Ole Miss, participated in 47 games over four years in Oxford. The senior has one year of eligibility remaining thanks to the NCAA granting all athletes an extra year of eligibility due to the COVID-19 pandemic.

The 5-foot-seven-inch Knight was recruited as a cornerback out of Pearl, Miss. in 2018, but saw most of his action on the offensive side of the ball early in his collegiate career, tallying 19 carries for 107 yards in 12 games as a freshman.

The former two-star prospect struggled to find a consistent role with the Rebels following a solid campaign as a true freshman. He saw his touches out of the backfield drop in each of his next three seasons, spending most of his time on special teams while seeing spot starts at defensive back. He also saw time in the slot as a receiver in 2019.

Knight’s most productive defensive season came as a senior in 2021, when he registered 37 tackles and recovered one fumble in 13 games.

Ramsey transferred to Southern Miss last week, following in the footsteps of Bivens and Gill. Plumlee transferred to Central Florida to seek a starting quarterback position after being converted to wide receiver. Sanogo moved on to Louisville after four productive years in Oxford, including a 112-tackle season in 2019. Lucas and Cox joined Tom Allen’s squad at Indiana, who lost to Ole Miss in the 2021 Outback Bowl. Richardson, who initially entered the portal on Nov. 11 before withdrawing his name and finishing the season with Ole Miss, took his talents to the University of Texas at San Antonio. Johnson jumped to Houston immediately after the end of the regular season, followed shortly by Thomas, who left for South Alabama in December. The remaining Rebels are still looking for new landing spots.