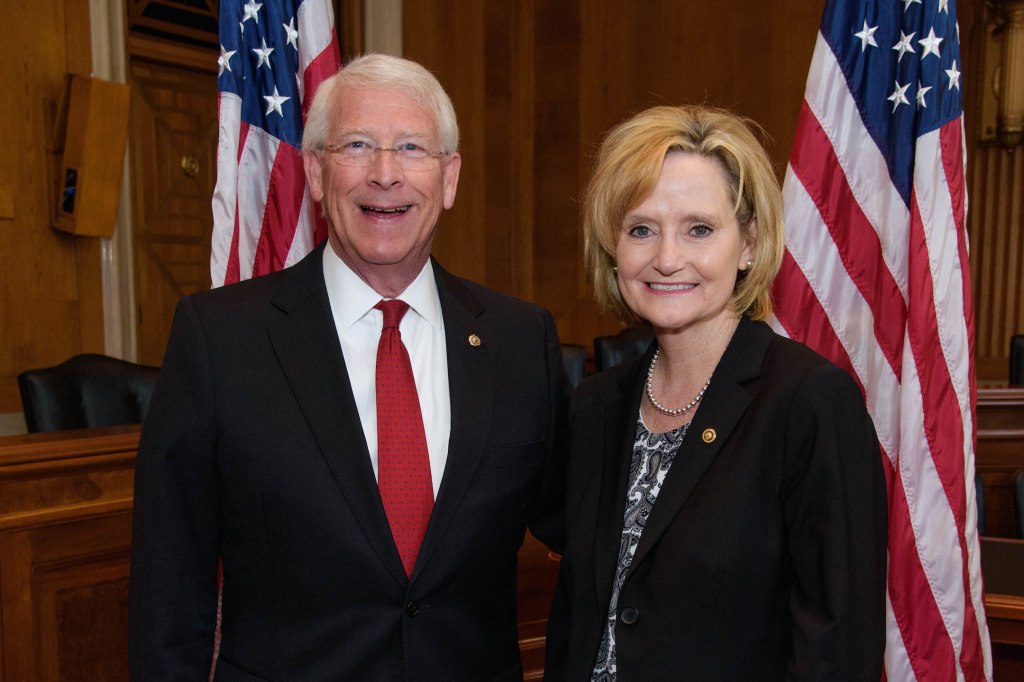 Mississippi’s elected officials give their take on President Joe Biden’s policies and State of the Union address.

Both U.S. Senator Cindy Hyde-Smith (R-Miss.) and U.S. Senator Roger Wicker issued critical assessments on the state of the American nation one year into Biden’s presidency.

“Tonight is not an evening for celebration.  We all want our nation to be strong and prosperous, but the American people know the reality—that we are all paying for President Biden’s bad policies and misjudgments over the past year,” said Hyde-Smith. “No amount of rhetoric will convince the American people that things are better for us since President Biden took office.”

Across the nation, prices that were already inflated due to supply chain issues and labor shortages are skyrocketing as the war in Ukraine worsens global trade. However, Senators Hyde-Smith and Wicker point to Biden’s policies as the cause of rising prices.

“Families are reminded of his incompetent handling of the economy every time they go to the grocery store, gas up their car, or receive a home heating bill,” said Hyde-Smith. “We know it doesn’t make sense when we see President Biden begging the likes of Russia and others to increase oil and gas production while doing everything in his power to limit U.S. energy production.”

Wicker specifically states that the economy was seeing a positive turnaround until Biden took office in Jan. 2021, a year into the COVID-19 pandemic.

“We knew in our hearts… that the COVID crisis was manageable and was about to be over with,” said Wicker. “Instead, he insisted that we pump $1.9 trillion into a booming economy in March and April of his first year in office. This was a predictable cause of inflation.

“Not only did we say as Republicans this would cause inflation, but Larry Summers, for example, Secretary of the Treasury under the Obama Administration, warned against this, cautioned against this, and said it would be inflationary,” he continued. “So it is no wonder that we’re suffering from inflation.”

In his address, Biden a significant amount of time talking about Ukraine’s fight against Russia’s invasion. Biden and his administration’s goals are to isolate Putin and Russia and cut off the country from financial and technological resources that help them attack Ukrainians.

It was also announced that the U.S. Department of Justice would be targeting the crimes committed by Russian oligarchs and that the government would be cutting off American airspace to all Russian flights.

In regards to Ukraine, Hyde-Smith says Biden’s leadership is weakening the United State’s standing on a global stage and gave Putin a signal to carry out his goals.

“Clearly, the botched withdrawal from Afghanistan last summer emboldened adversaries like Russia and China,” she said. “That tragic embarrassment could have given Vladimir Putin more confidence to invade Ukraine—it certainly didn’t deter him, just as the mere threats of sanctions didn’t stop his evil assault on Ukraine.”

Wicker echoes Hyde-Smith’s sentiments in his own statement on Biden’s approach to foreign policy and leadership. He, too, considered withdrawing from Afghanistan a sign of weakness and an encouraging sign to Putin and China’s President Xi Jinping.

“It sent a signal of weakness that we can’t handle our own foreign responsibilities, and so it’s no surprise that Vladimir Putin decided to test us and our allies with this war in Ukraine,” said Wicker. “I certainly hope it continues to go as well as it possibly can, and my hat is off to the Ukrainian spirit and to their leadership over there.”

Biden also addressed the need to fix the immigration system and help families fleeing from conflicts in their home countries plead their case and gain the ability to make a home in the U.S. Like most politicians, Hyde-Smith worries about rising crime rates in the country and how immigration may relate to those numbers, despite research conducted in Texas showing that undocumented and legal immigrants are much less likely to be arrested for serious crimes than are people born in the United States.

“We know things are not right with the escalating violent crime rates everywhere, including in small states like Mississippi,” she said. “We know that allowing tens of thousands of illegal migrants and tons of illegal drugs to flow across the border is not safe or secure.”

“We’ve been flooded with over a million refugees,” said Wicker. “The Mexican policy of ‘Remain in Mexico’ while some of these things are sorted out that was agreed to between the Mexican government and the Trump Administration was immediately abolished, and so our southern border immigration crisis was totally avoidable and totally predictable.”

The Southern Border Crisis is a well-documented event that is dealing with the influx of unaccompanied children and women trying to seek asylum in the U.S. from internal conflict in their home country. However, from Oct. 1, 2020 to Sept. 30, 2021, the U.S. only saw a total of 11,411 refugees resettle in the states which is the lowest refugee admissions since the passage of the Refugee Act of 1980. The numbers are even lower than any year under the Trump administration.

Both senators state that the Biden administration has much room for improvement on several policies and push for better actions taken in the future.

“ … We may not be celebrating the state of our union under President Biden’s failed stewardship,” said Hyde-Smith. “However, we are Americans filled with the faith-inspired confidence that God will continue to shine His favor on our nation and that things will get better.  I will certainly continue to work toward that goal.”