Coach Yo: “We don’t plan on just being a one-and-out team” 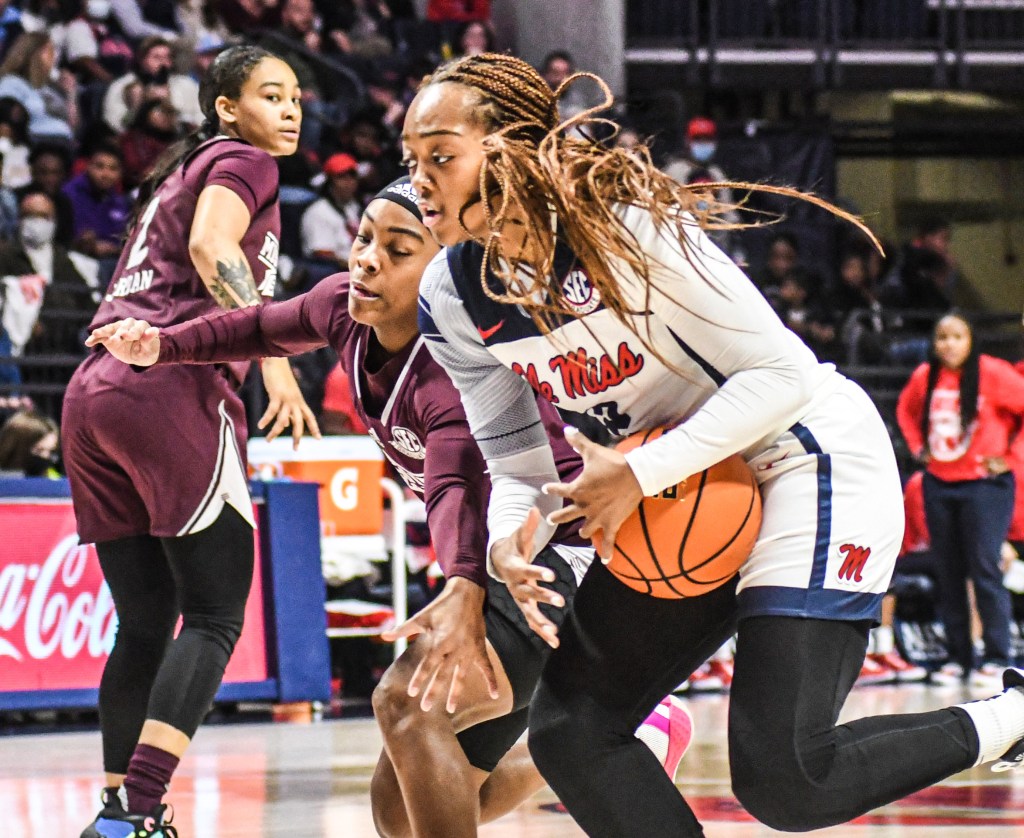 Ole Miss is set to face South Dakota on Friday in their first NCAA Tournament game since 2007.

The Rebels (23-8, 10-6 SEC) earned the seventh seed in the Wichita region following their first SEC semifinal appearance since 1993. They face off against Summit League champion and tenth-seeded South Dakota (27-5, 17-1 Summit) in the first round of the tournament on Friday in Waco, Texas.

Head coach Yolett McPhee-McCuin made it clear that her team is hungry for a deep postseason run, citing their ability to hang with the elite teams in the country.

“We are a team to be reckoned with, and we don’t plan on just being a one-and-out team in any tournament, we want to play,” said McPhee-McCuin after the Rebels’ regular-season ending loss to No. 1 South Carolina on Feb. 27.

Ole Miss has come a long way in McPhee-McCuin’s four years in Oxford. They finished 9-22 in Coach Yo’s first season before going winless in conference play in her second year at the helm. Their 17-14 finish in 2020-2021 ended a streak of three straight seasons without a winning record and provided the foundation for their program-altering campaign this season.

The Rebels bought in to McPhee-McCuin’s high-pressure defensive system, which propelled them to their best regular-season finish in nearly 30 years. Ole Miss ranks second in the SEC and 31st nationally in points allowed, holding opponents to just 56 points per game.

“I am completely humbled by this whole journey,” said McPhee-McCuin. “There have been trying times, there have been moments where I didn’t know if I was the right person for the job… it’s [been] extremely difficult. But usually when it’s difficult, it’s extremely gratifying on the other end.”

Coach Yo’s squad held 10 opponents to under 50 points this season, and their stifling defense will be their calling card as they face a South Dakota squad that is used to running up the score on inferior competition.

The Coyotes are led by a star trio in point guard Liv Korngable, center Hannah Sjerven and guard Chloe Lamb. All three average 13 points per game or more, while Sjerven finished fifth in the Summit League with just under eight rebounds per contest.

The 6-foot-2 center dominated against smaller opponents, but will have her hands full with 6-foot-5 center Shakira Austin and 6-foot-1 forward Madison Scott.

Austin, a back-to-back First-Team All-SEC selection feasted on shorter front-courts this season, and should be able to get any shot she wants against a relatively small South Dakota squad.

The Fredericksburg, Va. native averaged 15.4 points, 8.9 rebounds and two blocks this season en route to a spot on the AP All-American Honorable Mention team. She was also a finalist for the Naismith National Player of the Year award and the Lisa Leslie Award for the top center in women’s college basketball. She leads an Ole Miss team desperate to prove themselves on the national stage after coming up just short against the cream of the crop in the SEC.

The Rebels have a difficult path forward should they come away with a win on Friday, as they face a potential Round-of-32 matchup with No. 2 seed Baylor. The Bears fell to Texas in the Big 12 championship game on Friday, but boast one of the best offenses in college basketball averaging 77 points per game.

Coach Yo made it clear that her team no interest in going down without a fight however, adding that this postseason appearance is just the beginning for a program on the rise.