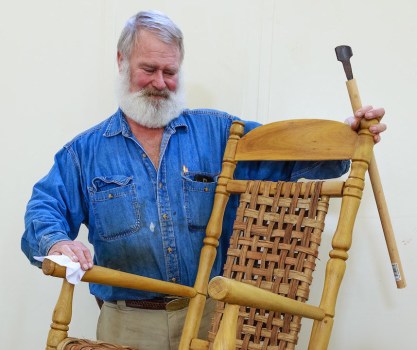 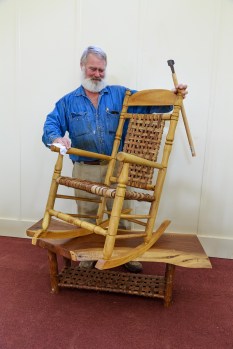 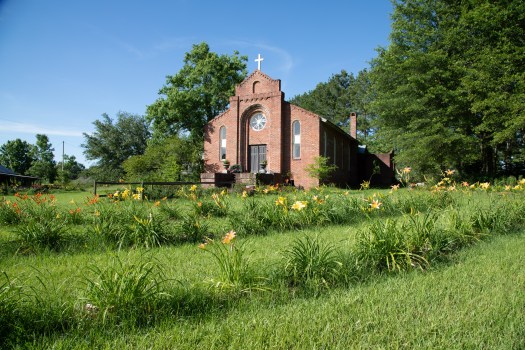 Greg Harkins worked to fund and renovate the historic St. Anne's Catholic Church in Canton. Harkin's ancestors were some of the original founders of the church in 1850. 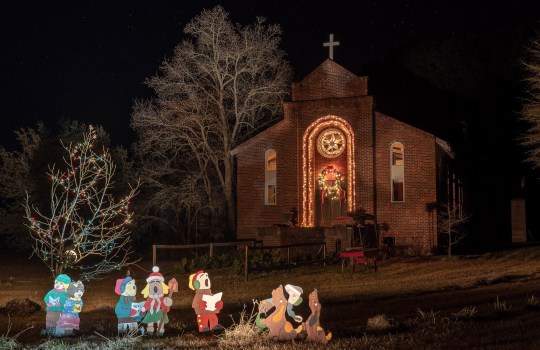 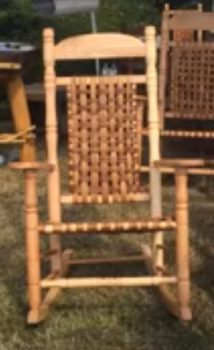 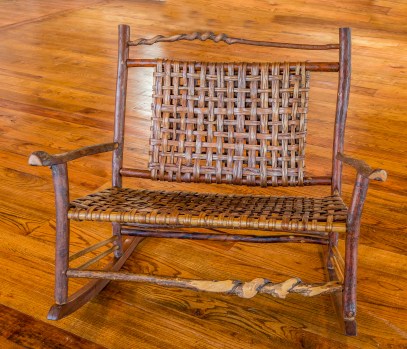 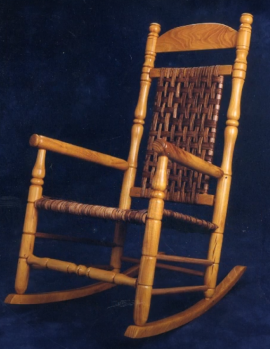 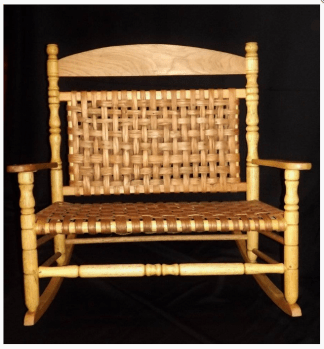 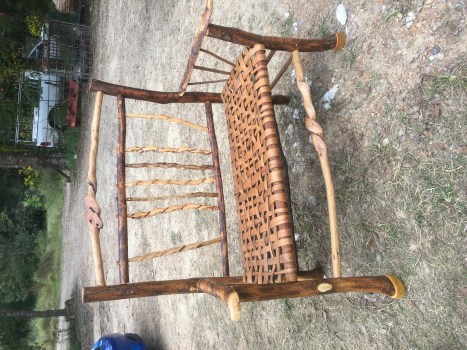 This "Natural Bench" was created by Greg Harkins for HGTV's HomeTown, a series that renovates turn-of-the-century homes for first-time buyers, young families, and adults wishing to live closer to grandchildren. 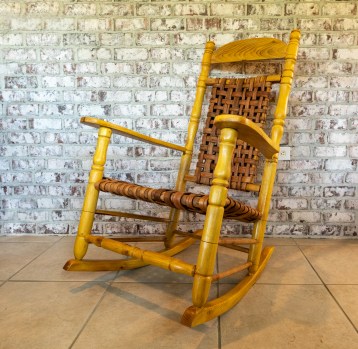 Most people want to leave a lasting impression on others or even the world about them. They want to be remembered for their accomplishments long after they’re gone, whether that remembrance lasts a year or a lifetime.

Greg Harkins looks to make his legacy last for generations through his career craft: wooden chairs.

Harkins has made chairs for presidents Jimmy Carter, Ronald Reagen, George H.W. and George H. Bush and Bill Clinton and other notable figures like Pope John Paul II and Bob Hope. Now he’s looking to pass down that skill and his legacy to apprentices interested in learning his craft. One of the recruitment sites will be at the 25th Annual Double Decker Festival in late April.

With just under 50 years of experience in carpentry, it’s an understatement to say that Harkins is good and passionate about carpentry. Although Harkins graduated high school and college, he will not say that he’s a book smart guy, but he found the career he excels in and has not regretted it since.

“I could not have made a better life choice than what I did,” he said. “It fit my temperament, it fit my physical size and all that sort of thing.”

Harkins was taught the valuable skill of carpentry from his mentor Tommy Bell, a Master Chairmaker who built chairs for over 60 years.

“I just started working because I needed a little gas money,” said Harkins. “What I figured was I was going to go to grad school and do something. I knew I had to do something. Then basically three years had passed and then I got to thinking — ‘Damn! I missed grad school.’”

Although it started as little more than a job to keep his truck moving along, choosing woodwork connected back to his family’s legacy.

“I’ve got two chairs at my great-grandparents house that were made out of a walnut tree that came out of a chicken yard,” he said. “When I was a little bitty boy, I’d go out to the egg barn or milk barn and my grandmother would sit the bucket down on a stump.”

His grandmother told him the chairs that still sit in the back gallery to this day were made out of the tree from that stump and she would go through all the family members who sat in those chairs.

“Seven generations of Harkins sat in that chair,” the carpenter said. “That is Harkins. That is legacy.”

Now Harkins’ continues his version of his family’s legacy by working 40 hours a week making beautifully crafted chairs for his customers. The craftsman used to work an intense 80 to 100 hours but since he has retired, he’s cut his work hours in half but it doesn’t prevent him from producing great numbers of work.

“I worked however many hours it took to pay my health,” said Harkins.

As he gets older, the work gets harder. But that doesn’t mean the work has to stop for Harkins.

Harkins comes by his work ethic honestly. His father taught him how to garden and make his own sausage, and his grandfather owned and managed a restaurant in Portsmouth, Arkansas with full dedication. Not only was his family a well of support, but they were also his greatest examples.

“[Grandfather] would work as much as 22 hours a day if that’s what it took to make his restaurant run,” said Harkins. “How do you put somebody out of business that has that much resolve? That whatever it takes is what you do? My daddy was the same way. He was driven. He had five kids in Catholic schools — he was driven.”

Being driven applies to everything Harkins does — from keeping up his own garden, to creating chairs or teaching others. He gives his all.

“I know one thing about what it means to Greg is that he feels like he’s standing on the shoulders of Tommy Bell who taught him and the people who taught Tommy Bell,” said Claire Henson, his partner. “We know it’s just continuing their legacy as well as his.”

Harkins said what he owes to his father, his grandfather, Master Chairmaker Bell and his Catholic upbringing or career, he owes twice as much to his mother — a veritable force of nature who “kept his books” for 27 years.

“She’s probably the most underrated member of my task force,” said Harkins. “Claire is now but if I needed the car pushed, [mother] pushed it. She pushed me ‘til my car would start. It didn’t matter what it was and she did the same thing with my sisters. She was the mother to beat all mothers.”

The continued love, support and endowment of great skills is how Harkins made it to where he is today. Harkins has made hundreds of chairs and maybe he will make hundreds more. He’s showing no sign of stopping.

According to Harkins, he will never be the master Bell was during his six-decade-long career. He won’t be able to tell what makes a good tree by smell or feel, he never wants to stop striving to make the greatest and long-lasting wood chairs possible. Almost reaching 50 is not enough.

Harkins will feature as one of the art vendors at the 25th Annual Double Decker Arts Festival Friday, Apr. 22 and Saturday, Apr. 23. Harkins will showcase his handcrafted chairs and recruit potential apprentices to learn woodworking skills and chair-crafting. For more information on Greg Harkins, visit www.HarkinsChairs.com.