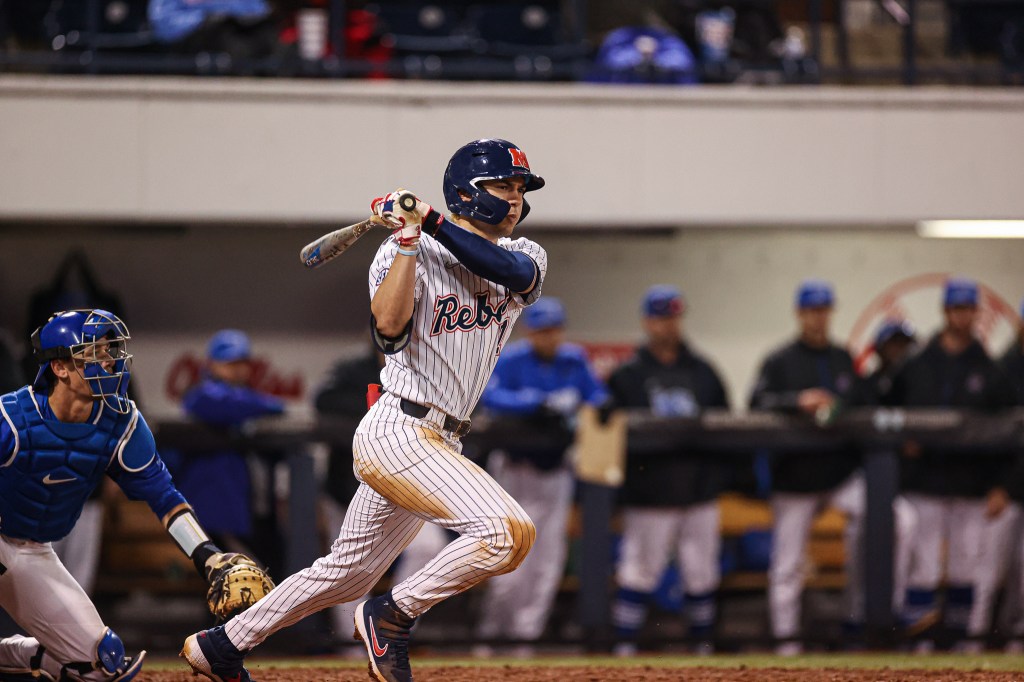 Gonzalez, a sophomore from Glendora, Calif., recorded three singles and a double in the win, driving in two runs while crossing the plate three times himself.

The 2021 D1Baseball National Freshman of the Year is now batting .323 on the season with five home runs and and 14 RBIs. His .694 slugging percentage is first on the team among hitters with at least 40 at-bats.

Senior centerfielder Justin Bench also had a big night at the plate, going 3-for-3 with a double, a stolen base, three RBIs and two runs scored. He also drew two walks on the night, reaching base in all five of his plate appearances.

Third baseman Reagan Buford was the only other Rebel with multiple hits on the night, as the sophomore went 3-for-5 with a pair of RBIs.

The Rebels continued to struggle with their starting pitching, as junior Jack Washburn gave up five runs on four hits in just 3 1/3 innings of work.

The bullpen answered the call however, as six Ole Miss relievers combined to give up three runs in the final 5 2/3 innings. Junior righty Drew McDaniel was the only Rebel reliever who struggled on the mound, giving up two runs while allowing a hit and a walk in just 1/3 inning.

The offense made up for the weak pitching performance however, as a seven-run second inning carried Ole Miss to their 16th win of the season.

Ole Miss now turns their attention to No. 5 Tennessee, who travels to Oxford this weekend in a clash that will likely decide the No. 1 spot in the rankings for the coming weeks.

The Rebels will trot out a new starting rotation for the bout with the Volunteers, as junior Derek Diamond was relegated to the Sunday start in favor of sophomore Jack Dougherty. Senior John Gaddis remains the Friday starter for the third consecutive weekend.