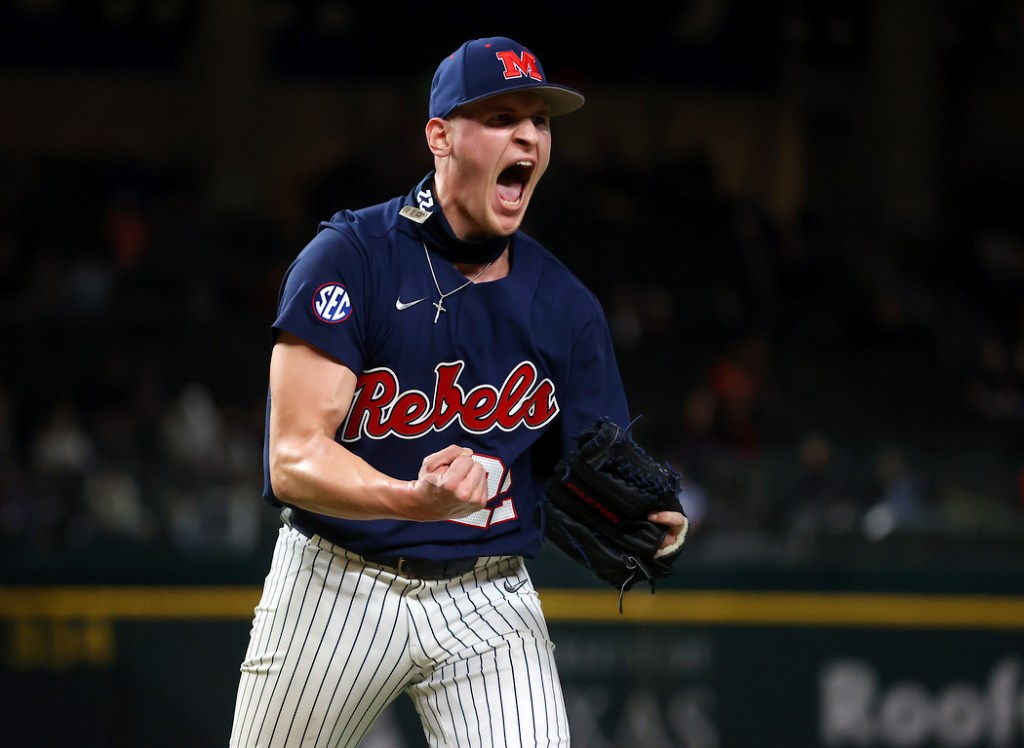 OXFORD, MISS — Ole Miss reliever Max Cioffi made his season debut on Tuesday against Murray State after missing the first 31 games of the year due to a torn UCL.

The fifth-year senior gave up one hit and struck out two batters in his first inning of game action in over a year.

“I was nervous the whole day,” Cioffi said. “I was nervous, thankfully it turned into adrenaline but to be honest I’m nervous every time I pitch. It fuels me, it helps give me adrenaline and helps me go.”

The Chicago native established himself as the Rebels’ closer in the pandemic-shortened 2020 season, but appeared in just two games last season because of persistent injuries.

He tore his meniscus early in the season after making one appearance against Texas Tech on opening weekend. He returned for one more appearance on Apr. 5 against North Alabama before doctors discovered a torn UCL in his throwing elbow.

The dominant righty has been working towards a return for over a month, and finally made his long-awaited return to the mound after missing more than a full calendar year.

His fastball was a few ticks slower than in previous seasons, but he spotted it well and worked quickly to retire the side in the seventh on 21 pitches.

“We’ve seen it, you know, but it’s important to do it out in the field with people in the stands against another team,” said head coach Mike Bianco. “He’s been working his tail off for, well, a year… it’s a neat moment.”

Cioffi could have graduated after last season, but felt he had unfinished business on the diamond in Oxford.

“It meant a lot. It was a long time. You have to be patient and just trust that you’re doing the right thing. Sometimes you can kind of have thoughts back and forth like ‘did I make the right decision?’ or ‘should I be starting my life?’ but this is what I wanted to do and you just have to stay true to your roots, stay true to yourself,” Cioffi said.

The senior leader provides a much-needed boost to a bullpen that has been hit around time and time again in SEC play. The Rebels have dropped six straight SEC home games and currently sit at the bottom of the SEC West standings at 4-8 in conference play.

They will try to turn things around this weekend when they travel to South Carolina to take on the Gamecocks in a Thursday-Friday-Saturday series.