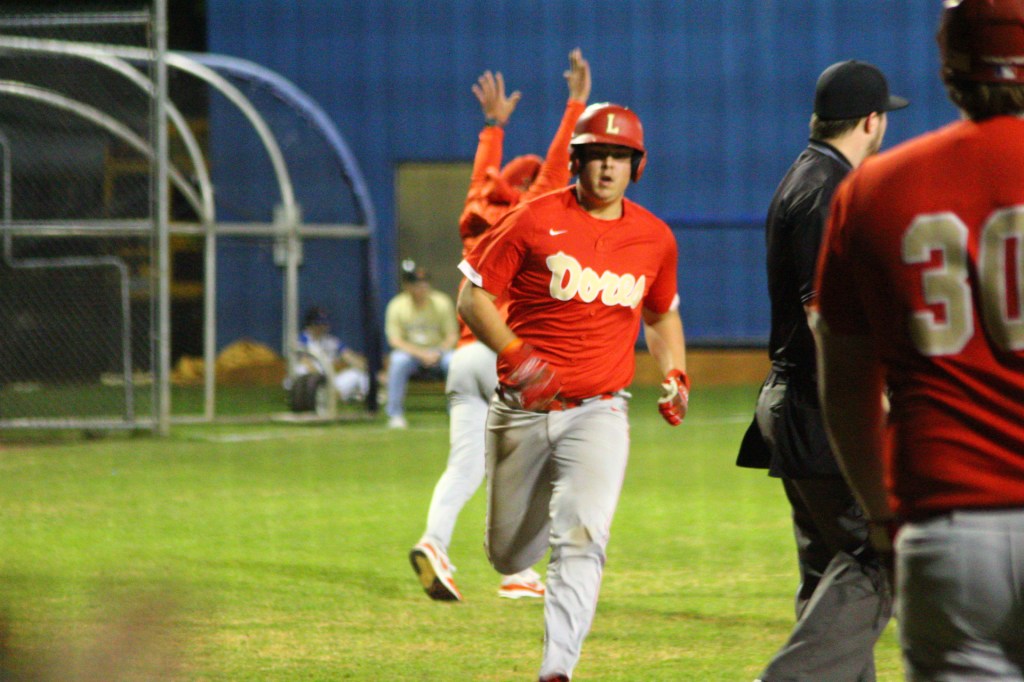 OXFORD, MISS — Lafayette baseball knocked off Oxford at home on Tuesday in a come-from-behind victory that evened the season series between the two squads at two games a piece.

The Commodores (18-6, 9-0 Region 2-5A) won their 12th game in their last 13 outings as they rallied after falling behind in the opening innings.

The Chargers (18-8, 7-2 Region 1-6A) struck first on a steal of home by senior outfielder Dixon Webb. They added another run in the third on an RBI single from junior catcher Campbell Smithwick that made it a 2-0 ballgame.

Lafayette answered back with a run in the fourth courtesy of an RBI single from junior catcher Carter Newman, and took the lead in the fifth after Oxford starter Brady Stinnett issued three straight walks to load the bases before allowing senior outfielder Tyrus Williams to score on a wild pitch.

The Commodores broke the game open in the sixth as they loaded the bases before Oxford junior Kevin Hill allowed three straight runs to score on a single, a walk and a wild pitch. He allowed one more run to cross the plate on an RBI groundout from junior first baseman Radley Hill before striking out Newman to end the inning and limit the damage.

Oxford got a run back in the top of the seventh, but the Chargers were unable to complete the comeback as they fell 7-3.

Hill was instrumental for the Commodores in the win, going 2-for-4 at the dish with a pair of RBIs while also giving up just one earned run on three hits in 4 1/3 innings of work on the mound.

Lafayette closes their regular season on a high note after snapping an 11-game winning streak with a 2-1 loss to Starkville in their last outing. The Commodores finish the season as Region 2-5A champions, and will face the winner of Saltillo and Canton in the sound round.

Oxford drops their second consecutive game on the road after falling to powerhouse Lewisburg 2-1 on Monday night. The Chargers will face Vardaman at home Thursday to finish the regular season before receiving a bye in the first round of the playoffs as Region 1-6A champions. They will face the winner of Clinton and Center Hill in the second round at home next weekend.