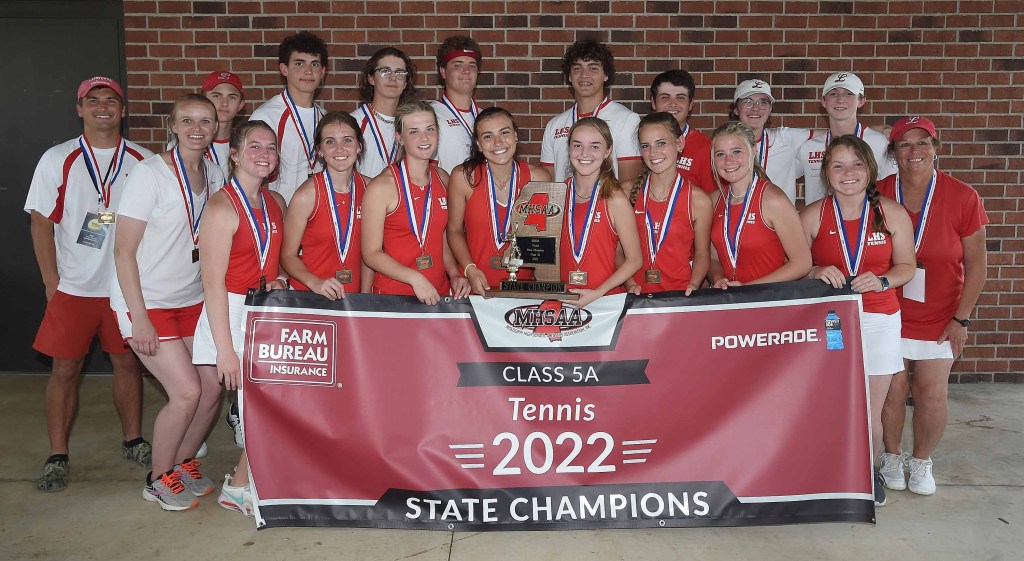 VICKSBURG, MISS — Lafayette tennis defeated Vancleave in the MHSAA Class 5A team tennis final on Thursday to secure their third state championship in the past four seasons.

The Commodores breezed through the Bulldogs, taking six out of the seven matches in a dominant victory to earn the victory.

Head coach Debbie Swindoll deferred credit to her assistants and players, praising them for buying in to her system and working diligently all year.

“I am blessed with some great assistant coaches, and student athletes that have bought in to what we expect,” she said after the match.

Girls’ singles competitor Alex Lampton did not drop a single game in either of her sets, defeating Vancleave’s Morgan Goff 6-0, 6-0.

The girls’ and boys’ first doubles teams each swept their sets as well, cruising to easy victories in both matches.

The victory marked the second straight Class 5A state title for the Lafayette and their third in the past four seasons.

Swindoll said she was proud of her team’s accomplishments this season, but also noted that she is already eager to begin preparing for next year.

“I’m just so proud of the work that we put in,” she said. “We are already working for next year.”