Ole Miss knocks off No. 18 Georgia to reach SEC quarterfinals 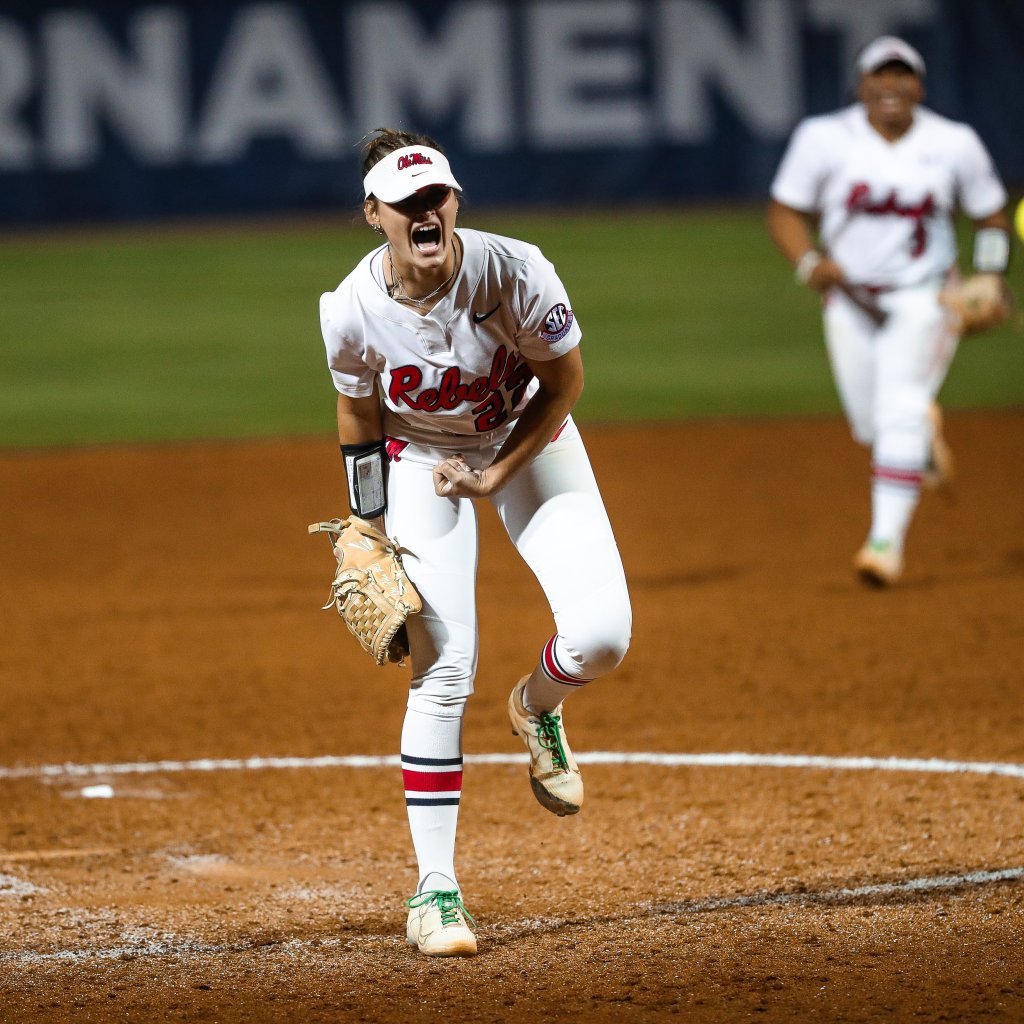 Ole Miss pitcher Anna Borgen celebrates after the Rebels' 9-5 win over No. 18 Georgia in the first round of the 2022 SEC softball tournament. (Josh McCoy/Ole Miss Athletics)

GAINESVILLE, FLA. — Ole Miss continued their winning ways on Wednesday as they defeated No. 18 Georgia in the first round of the 2022 SEC softball tournament to set up a date with No. 4 Arkansas in the quarterfinals.

The Rebels (39-16, 12-12 SEC) exploded for nine runs in the contest, hitting the cover off the ball nearly every time they stepped to the plate en route to a 9-5 victory.

They plated six runs in the third inning alone as they knocked out Georgia starter Madison Kerpics after just 2.2 innings.

Outfielder Abbey Latham got the scoring going with a two-run blast to left that tied the game at 2-2. The Rebs plated another run on an RBI double from third baseman Paige Smith after first baseman Sydney Gutierrez reached on a single. A two-RBI double by shortstop Mikayla Allee pushed the lead to 5-2 before catcher K.K. Esparza knocked in the sixth run of the inning with an RBI single to left that scored Allee from second.

Ole Miss continued to add on in the fourth, scoring three more runs on a homer by designated player Aynslie Furbush that nearly scraped the wall in left before landing in the visitor’s bullpen.

The Rebels carried a seven-run lead into the fifth inning before Georgia responded with three in the fifth to shrink the lead to four.

The Bulldogs brought the tying run to the plate in the top of the seventh as they loaded the bases with one out before senior lefty Anna Borgen forced a lineout and a fielder’s choice to end the game and secure the win.

Ole Miss won their 10th game in their last 12 outings with the 9-5 victory, and will move on to face No. 4 Arkansas in the quarterfinals on Thursday.

The Rebels dropped two out of three to the Razorbacks in Oxford at the beginning of April, and will now look to pull off the upset as they attempt to make it back to the SEC semifinals for the first time since winning the tournament in 2017.

Ole Miss takes on Arkansas at 6:30 p.m. in the last quarterfinal contest. The game will be available on SEC Network.