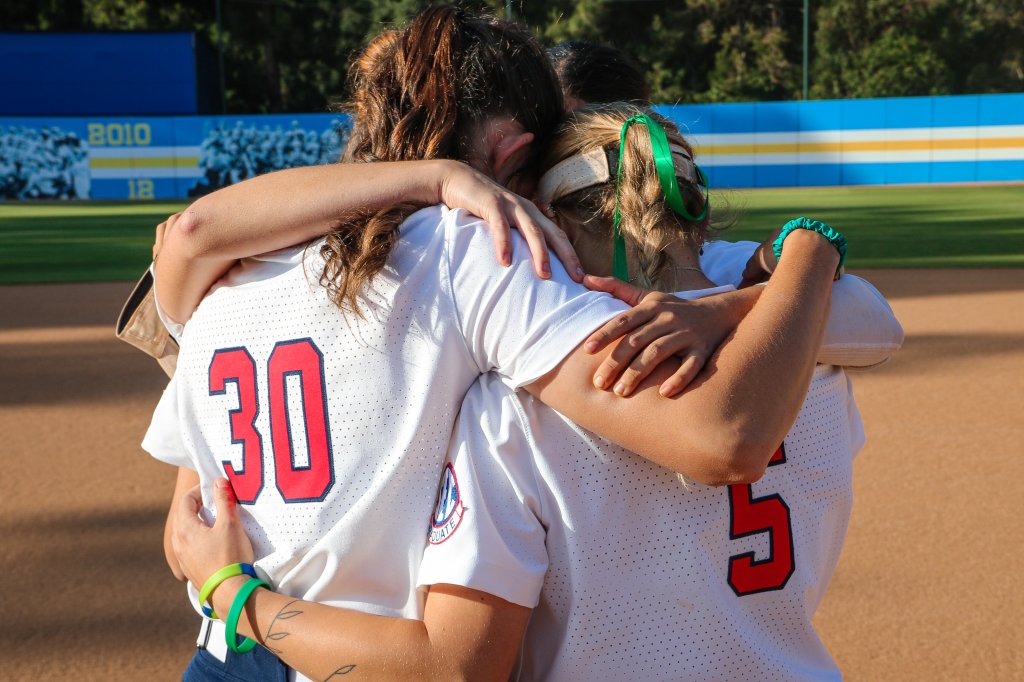 Ole Miss players console each other after the Rebels' season-ending loss to No. 5 UCLA in the Los Angeles regional final on Sunday, May 22, 2022. (Ole Miss Athletics)

LOS ANGELES, Calif. – Ole Miss’ historic season came to an end Sunday afternoon as the Rebels fell to No. 5 UCLA 9-1 in five innings at Easton Stadium.

“Obviously not how you want your season to end, but when something does end, you do a quick reflection because you want to take in the moment, be where your feet are and enjoy the people you’re with,” said head coach Jamie Trachsel. “You reflect on all the things you were able to be a part of and accomplish together. I’m just really proud of the fight our team had this year.”

After playing until nearly midnight local time the night before, Ole Miss came back to battle UCLA in the Regional Final. The Bruins opened the game with a five run first inning and followed it up with a four run third to take an early 9-0 lead.

Ole Miss was unable to find an answer offensively, as UCLA pitcher Holly Azevedo took a no-hitter to the fifth inning. Never backing down, Keila Kamoku worked a two out walk, and Mikayla Allee reached on a fielding error by the shortstop with two outs. Paige Smith delivered the lone hit for the Rebels, driving in Kamoku on a base hit to right.

Unfortunately, it wasn’t enough as UCLA secured the final out to win in five innings, marking the end of a season to remember for the Rebels.