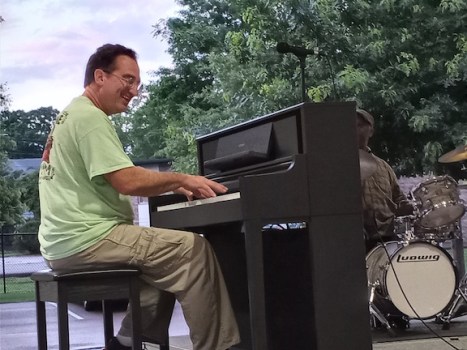 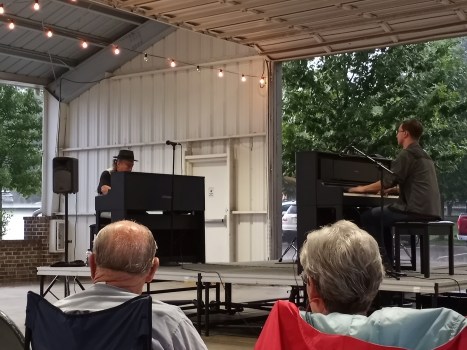 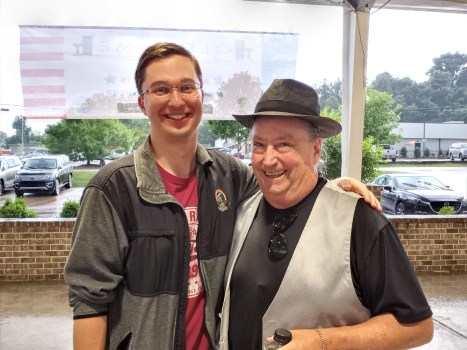 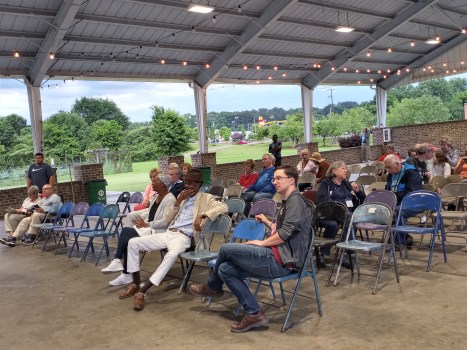 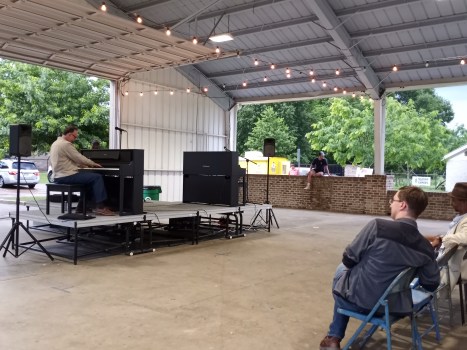 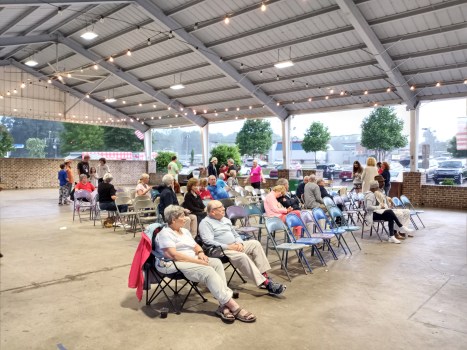 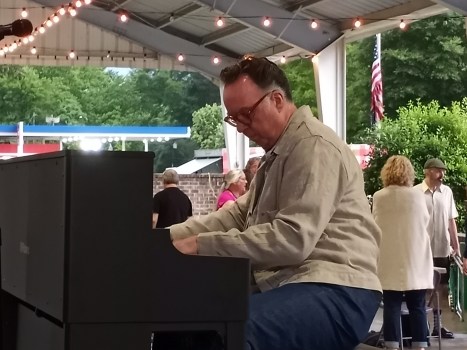 Boogie woogie and blues artists Carl "Sonny" Leyland aka the King of Barrel-House plays for the audience at the Old Time Piano Playing Contest and Festival Tunes Up Party on Thursday, May 26, 2022. (Photo: Maya Martin/The Oxford Eagle) 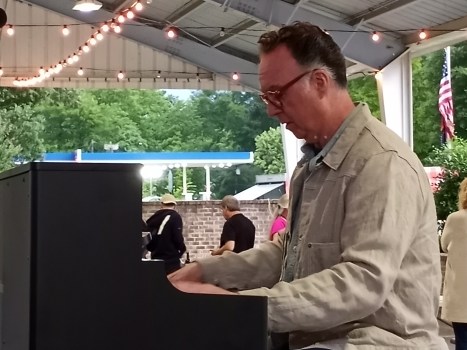 Boogie woogie and blues artists Carl "Sonny" Leyland aka the King of Barrel-House plays for the audience at the Old Time Piano Playing Contest and Festival Tunes Up Party on Thursday, May 26, 2022. (Photo: Maya Martin/The Oxford Eagle)

The Old Time Piano Playing Contest and Festival started the four-day event on a good note Thursday evening with the laidback Tunes-Up Party at the Old Armory Pavilion.

Organizers prepared the Tunes-Up Party as a preview for the rest of the festival as contestants and attendees are still moving into the town and preparing. Guest artists and audience members were excited for the event to be back in person after going digital for two years.

“Of course, we haven’t had it for a couple of years, so I’m just delighted to be back,” said pianist Bobby van Deusen. Van Deusen has spent 46 years in his profession mostly as a solo pianist.

Swanson first began competing in the contest 19 years ago at the age of 11. He would go on to win the competition four times and, although he cannot compete any longer, he has chosen to stay involved as this year’s co-emcee along with founder Ted Lemen.

“I’ve had a lot of fun with this over the years,” said Swanson. “It’s a lot of different events, but it’s not just a piano competition. It’s really about celebrating this music.”

And celebrate the pianists did. Through wind and rain, pianists livened up the overcast evening with upbeat and happy-sounding ragtime music for the audience whether as a solo set or as a duet.

Artists chose their set-pieces at random and played as people in the crowd could be seen enjoying the music, nodding their heads and tapping their feet along to the rhythm.

What stands out to Swanson is the joy their genre of music can bring out in others.

“It’s very happy music and find a lot of modern music to be very depressing,” said Swanson. “This is such happy stuff.”

Eventually, the fun had to come to an end, but the pianists were excited for the events to come where they could really compete and show off their skills.

“Come, listen to the music, enjoy the players and enjoy the tunes,” van Deusen said.

“And it’s a lot better in person than online,” said Swanson.

The festival will re-commence Friday, May 27, with workshops conducted by Leyland at 2 p.m. and Holland at 3 p.m. in David H. Nutt Auditorium.

For ticketing and full schedule information visit:  www.oldtimepianocontest.com or call (662) 801-2251. Tickets for the concerts at the are $10 for the entire night or an all-event pass for $150. All event and single tickets are available online or at the door.