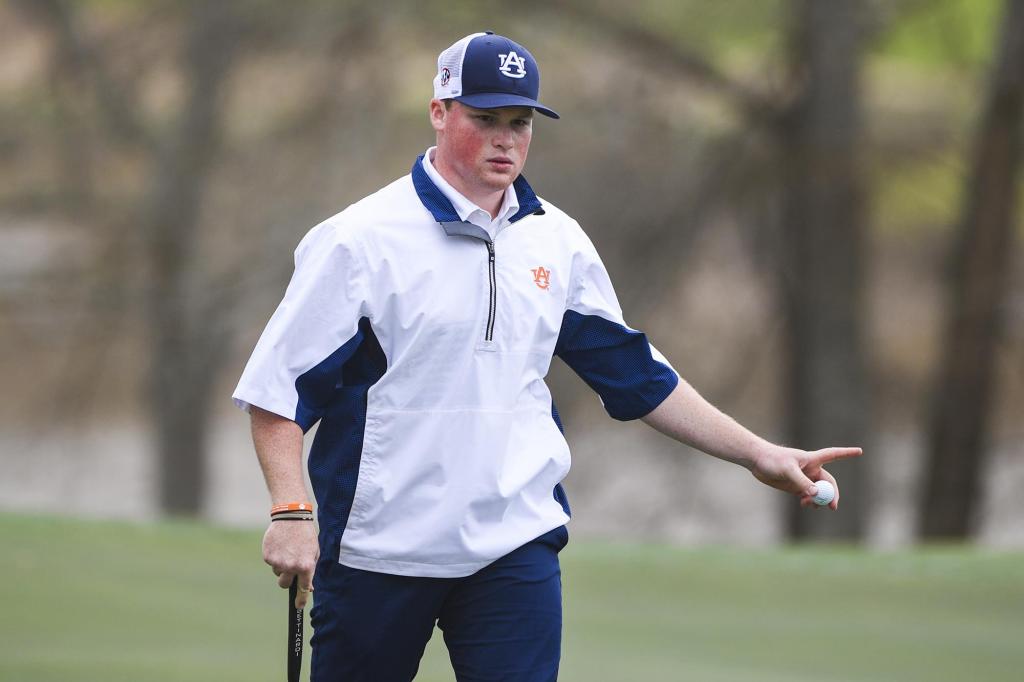 Easley, a three-year letter-winner with the Tigers beginning in 2019, joins the Rebels having played in 18 total tournaments at Auburn, logging a career stroke average of 72.56 in that time.

“It’s always exciting when you can add a player of CJ’s ability,” said Malloy. “Not only is he a tremendous golfer, but he is an even better person and teammate. We are excited to add him as part of our family.”

Easley comes off of a junior season where he earned two top 20 finishes in his 10 tournament appearances for the Tigers, with those two finishes coming in back-to-back tournaments, tying for 12th at both the Nexus Collegiate and Tiger Invitational. Easley’s junior campaign ended with the Oxford, Mississippi, native tallying 10 rounds at par or better, alongside eight rounds under par and four rounds in the 60s on the season.

A factor for the Tigers since his first year with the team, Easley found success from the beginning of his collegiate career, producing results that would lead to him being voted SEC Freshman of the Week and SEC Newcomer of the Week once in each of his first two seasons of collegiate golf. Easley’s freshman year saw him capture a career-best finish of second place at the 2020 Tiger Invitational, finishing with career-low 18-hole (68) and 54-hole (208) totals.

As an amateur Easley was able to run away with a tournament victory at the 2021 Monroe Invitational, finishing 12-under par on the week and five shots clear of the tournament’s runner-up finisher. Easley also finished as the runner-up at the 2020 Palmetto Amateur, finishing with a four-round score of 271 on the week.

Easley has also found success in the classroom while completing three years of his major in interdisciplinary studies at Auburn, with Easley being named a 2021 All-American Scholar, while also earning places on the SEC Academic Honor Roll (2021) and the Athletic Director’s Honor Roll (2021-22) in the process.

The son of former Delta State golfer Jamie Easley, who took home the Gulf South Conference individual title along with the GSC Golfer of the Year award in 1993, C.J. Easley is set to enroll at Ole Miss and begin playing with the Rebels beginning in fall of 2022.