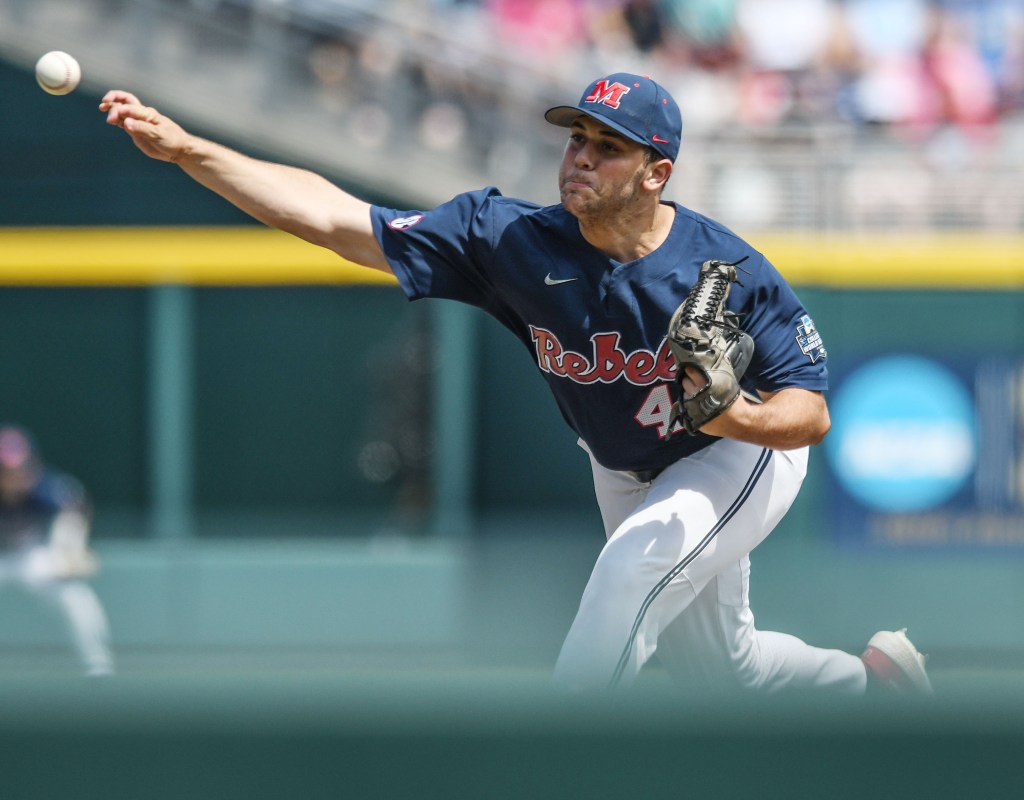 DURHAM, N.C. – A few days after helping Ole Miss capture its first-ever national championship and being awarded the Most Outstanding Player award at the 2022 College World Series, junior Dylan DeLucia has been named an All-American by Baseball America.

Landing on the third team, the Port Orange, Florida, native earns the first All-America recognition of his career, joining teammates Tim Elko and Hunter Elliott as Rebel All-Americans from the 2022 team.

In his first season in a Rebel uniform, DeLucia racked up an 8-2 record, posting a 3.68 ERA ranking fourth in the SEC with 105 strikeouts to just 26 walks. During the regular season, DeLucia’s marquee performance came against arch rival Mississippi State, tossing a complete game with a pair of runs allowed and eight strikeouts.

Once the Rebels reached the postseason, DeLucia was on his A-game. The righty posted a perfect 3-0 record during the NCAA tournament with a 1.59 ERA, striking out 38 batters while issuing a measly three free passes.

DeLucia was nothing short of dominant in his two starts at the 2022 College World Series. Pitching on short rest after allowing one run over 7.2 innings with 10 strikeouts in the opener against Auburn, the JUCO product put together a performance that will go down in Ole Miss lore for years to come to send the Rebels to the CWS Finals.

Facing a stout offense from No. 3 Arkansas, DeLucia once again went the distance, tossing nine shutout frames to lead Ole Miss to a 2-0 victory and into the championship series. Over 16.2 innings in Omaha, DeLucia did not allow a single walk, the second most innings without a free pass at the College World Series behind only Rodger Clemens.