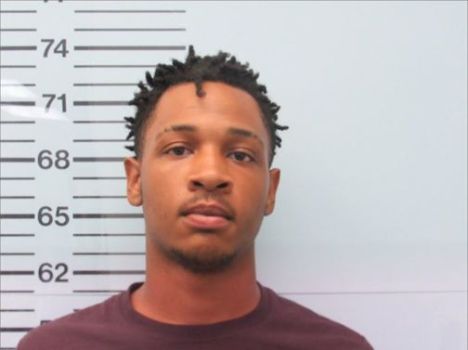 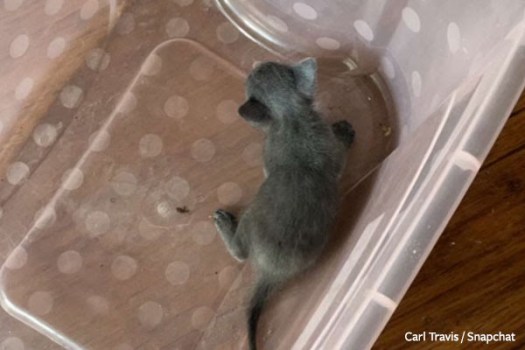 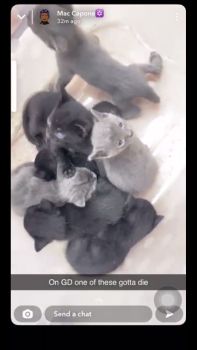 In Defense of Animals, the international animal advocacy organization operating Hope Animal Sanctuary in Carroll County, and the Justice for Animals Campaign in Montgomery County, praises the police departments in Grenada and Oxford for their cooperation in the swift arrest of the person who allegedly killed four kittens and posted the graphic “snuff” video on Snapchat.

In Defense of Animals’ Justice for Animals Campaign Director Doll Stanley received a video late Monday, July 25, with an urgent request for help for the arrest of Carl Travis Jr., 18, who had posted the video of the kitten killings on Snapchat.

The concerned animal advocate thought the crime was committed in Grenada, where Travis resides.

However, it would be discovered that the video was taken in Oxford.

On Tuesday, July 26, Stanley met with officers from the Grenada Police Department to discuss the video and was informed that arresting Officer Cory Murphree and fellow officers had taken Travis into custody earlier in the day in Grenada.

At the time of the arrest, the officers knew the charge was aggravated animal cruelty but were unaware of the video. In cooperation with the Oxford Police Department, the Grenada Police Department served the arrest warrant secured in Oxford.

Yesterday, Travis appeared in court and is currently being held on a $5,000 bond.

While Mississippi updated its animal protection law in 2020 to include one count of cruelty for each dog or cat harmed in a single case, Travis is only being charged with a single count, despite at least four of the seven kittens clearly shown being killed in the video. The three surviving kittens are now safe.

“We’re grateful for the officers in Grenada and Oxford who worked together to arrest the person responsible for this horrific crime and for the concerned person who brought this to our attention,” said Stanley. “Since any vulnerable member of our community could be the next victim of an animal abuser, we urge the presiding justice to apply the law thoroughly and assess the perpetrator for psychological treatment.”

Cases of animal cruelty like this in Mississippi and across the country are deeply troubling, and raise serious concerns about how offenders will escalate their violent behavior, said an IDA official. The IDA states though animal cruelty and the posting of it on social media disturbs the IDA, they provide an opportunity to apprehend an abuser, preventing the torment of future victims.

In Defense of Animals’ Justice for Animals Campaign has defended and saved thousands of animals, assisting through cruelty investigations, strengthening laws, and enforcing animal cruelty statutes and ordinances in the mid-south for 29 years.

For more information on In Defense of Animals’ contact IDA’s Justice for Animals Campaign director Doll Stanley at doll@idausa.org or (662) 809-4483.

In Defense of Animals is an international animal protection organization with over 250,000 supporters and a 39-year history of defending animals’ rights, welfare, and habitats through education, campaigns, and hands-on rescue facilities in India and rural Mississippi. www.idausa.org/justice4animals