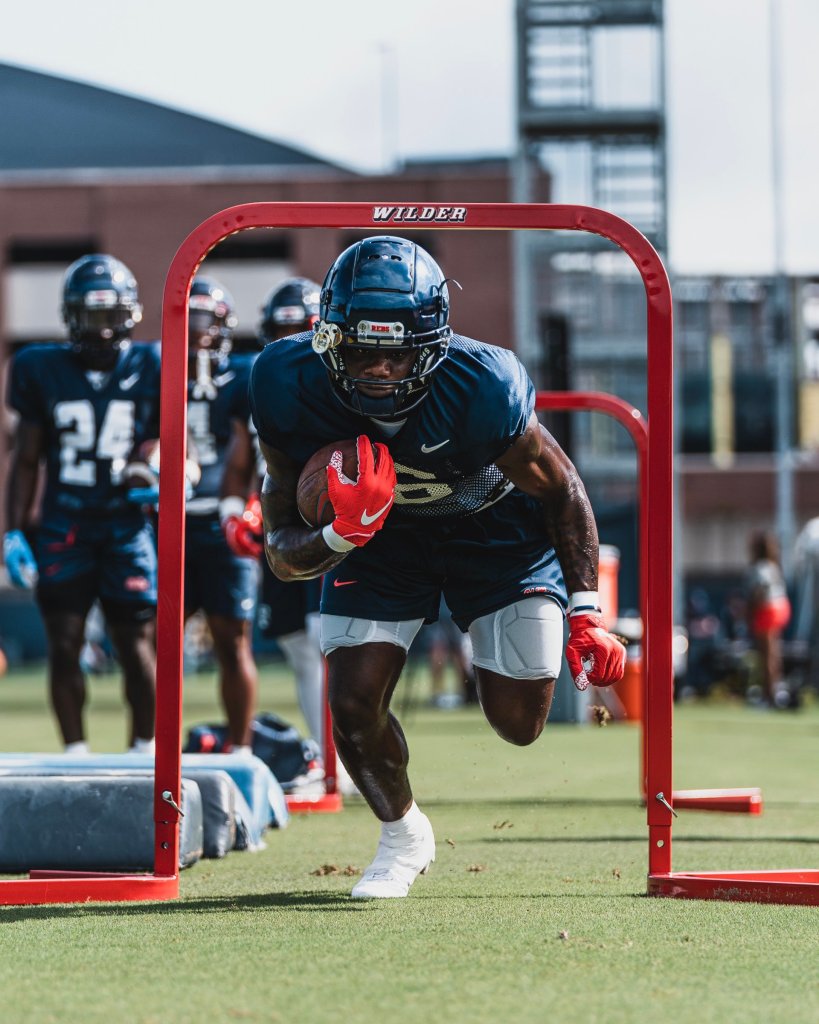 Ole Miss running back Zach Evans participates in a drill on Saturday, August 5, 2022. The Rebels finished their first week of fall camp on Monday as they prepare for the 2022 season. (Ole Miss Athletics).

The Rebels went 10-3 last season—breaking the program record for regular-season wins before falling to Baylor in the Sugar Bowl.

They retooled in the offseason following the departure of several key pieces on both sides of the ball, including superstar quarterback Matt Corral and edge rusher Sam Williams.

Head coach Lane Kiffin put together the No. 2 transfer class headlined by quarterback Jaxson Dart, running back Zach Evans and defensive linemen Jared Ivey and J.J. Pegues—bringing a host of fresh faces to revamp the roster following their historic 2021 season.