Some things are worth fighting for 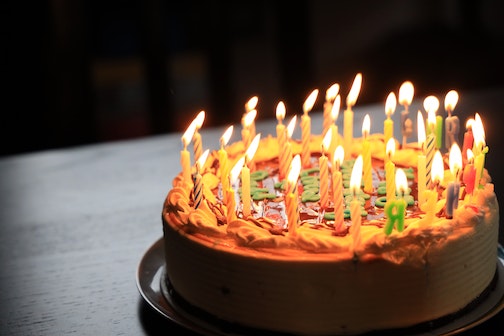 My favorite eldest grandson, Aidan, has a birthday today. I called him first thing and sang happy birthday for him to listen to when he comes home for the evening. He spends his days on the nuclear submarine he is assigned to and comes home at night. A lot of things concerning his work are top secret so I don’t always know where he is or how long he will be away.

I will be attending his wedding on October 1st, and still find it hard to imagine that he is an adult and old enough to marry. Fortunately, he has found a lovely young woman to spend his life with, and I definitely will be excited to gain a new granddaughter in Alex. I was actually at his birthday pool party a few years ago when I noticed Alex had eyes for him.

After the party we were relaxing at home.

“Aidan, Alex has a crush on you! I think you should ask her out.”

I won’t say that Nana knows best all the time, but this one I got right! They will be honeymooning in Japan, and are excited to discover a place that is new to them both.

It seems funny that I am old enough to be grandmother of the groom, but I can’t wait to celebrate this beautiful moment with Aidan and Alex. I know they don’t plan on starting a family any time soon, but it just occurred to me that I could be a great grandmother before too many years roll by! It’s almost crazy how quickly time passes.

Aidan has been interested in the military since he was quite young, and has had some pretty amazing experiences. He toughed it out and became a diver several months ago even though the program was quite challenging. He told me it was really mind over matter, and he had to stay underwater for what he thought was an impossible length of time. When Aidan accomplished this task I was so proud, because he really wanted it. But, I was most proud not because he reached his goal of becoming a diver, but because he took time to encourage others who were struggling to stay in the program.

Aidan tried at first for a Special Forces position, but didn’t make it. He was really disappointed, but learned some things through this experience. He learned that when you want something you sometimes have to dig deeper and give more than the thought you could give. When dive school came around he fought through the fatigue and feeling that his lungs would burst because he wanted it.

I think it’s always a good thing to take stock of what is going on in our lives and evaluate what is really important to us. Now, just as in the past some things are just worth fighting for.