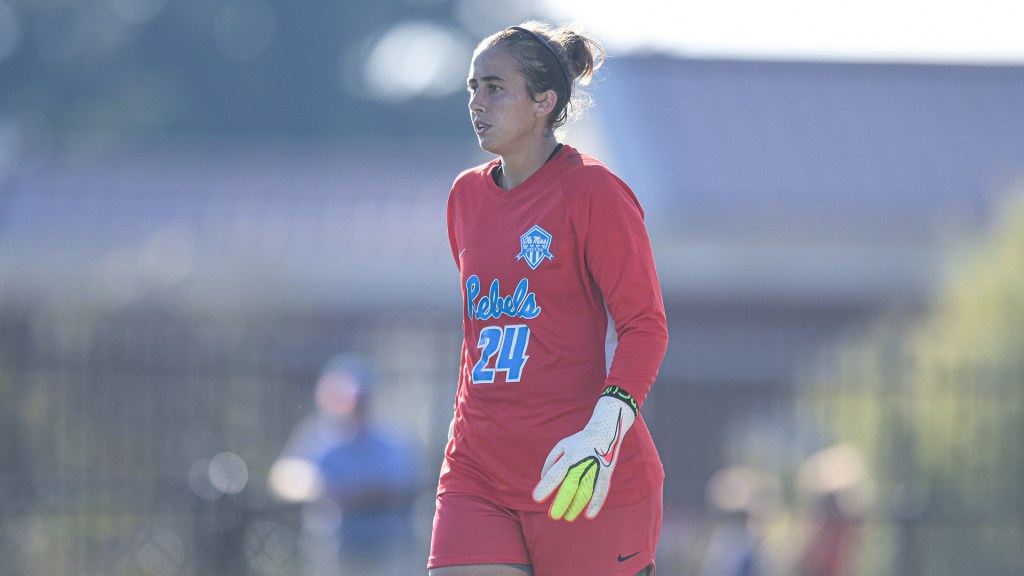 It is the second consecutive year that the two-time defending SEC Goalkeeper of the Year has been named to the first team. Orkus has also received postseason Best XI honors from TopDrawerSoccer the last two seasons, earning a first team nod in 2020 and landing on the third team in 2021.

The laurel is the latest in a swath the Rebel shot stopper has received throughout her illustrious career. After garnering United Soccer Coaches Third Team All-American honors in 2020, Orkus became the first player in Ole Miss history to receive a first team nod from the coaches’ organization.

Orkus was also tabbed a semifinalist for the 2021 MAC Hermann Trophy, the highest honor in college soccer. She was the only goalkeeper among the 15 semifinalists and the first Rebel to make the cut since Rafaelle Souza in 2013.

With one full season of eligibility remaining, Orkus is already littered throughout the Rebel record book. The senior ranks third all-time with 251 saves in an Ole Miss kit, also tied for third with 32 career wins in goal. Orkus 19 career clean sheets ranks as the fourth most by an Ole Miss keeper.

Orkus and the Rebels kick off the 2022 season on Thursday, taking on Southeastern on Thursday in Oxford. The match, scheduled for a 6 p.m. CT kickoff, will stream on SEC Network +.