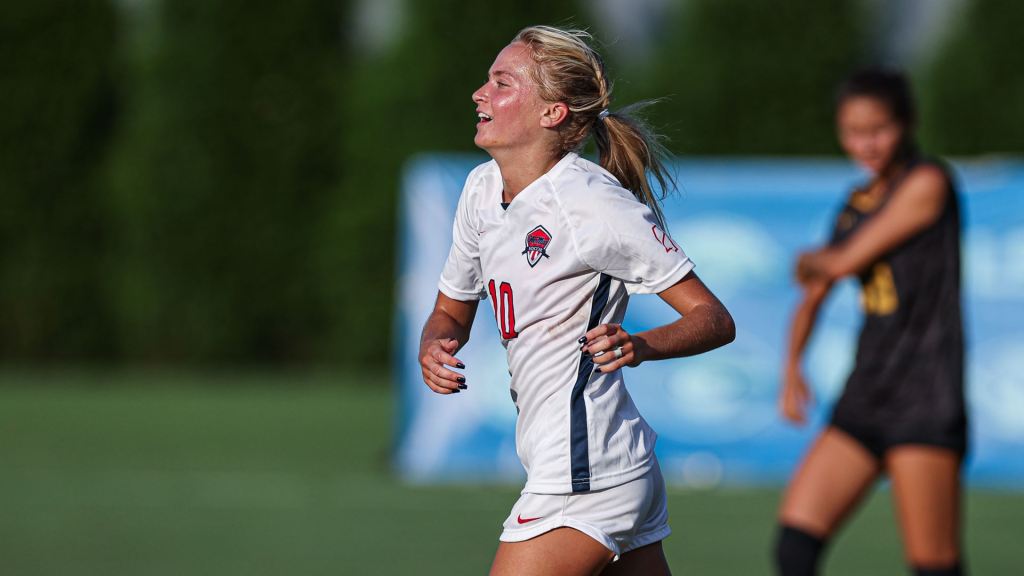 No. 18 Ole Miss opened the 2022 season with authority on Thursday night, scoring early and often in a 5-0 victory over Southeastern at the Ole Miss Soccer Stadium.

The Rebels peppered the Lion goal throughout the night, outshooting SLU 22-1, including 11 shots on goal. The corner flag was a huge weapon for Ole Miss on the night, converting 11 chances into three scores.

Of the five goals, four were bagged by debutants as Lauren Montgomery, Marykate McGuire, Aubrey Mister and Brenlin Mullaney all scored for the first time in Red and Navy. When good things happened for Ole Miss, most times it came through Taylor Radecki, who tallied three assists on the night.

On a night filled with goals for the home side, the first came with a little extra meaning. Fourteen minutes into the match, Montgomery followed up a Mo O’Connor shot and slid the rebound under the keeper to put the Rebels on the board just a little over a year after tearing her ACL during the 2021 preseason.

Just a few minutes later, Ole Miss struck twice in the span of 25 seconds to open things up, with both goals coming off of headers from Radecki corner kicks.

The two goals were near mirror images of each other, with McGuire heading home from close range off a Ramsey Davis feed and Mister finishing off a headed pass from O’Connor.

The Rebels remained on the front foot for the duration of the first 45 minutes, hitting the locker room up 3-0.

Ole Miss came out of the halftime break with the same energy and in the 58th minute, O’Connor got herself on the scoresheet. Setup by another corner, Riley Friesen’s header was blocked by a Lion defender and the Oxford native pounced on the rebound, smashing a shot under the crossbar.

True freshman Brenlin Mullaney finished things off in the 73rd minute. The goal came off a set piece as Radecki slid a ball to the rookie, who fired low and hard across the goal mouth, nestling her shot inside the corner.

With momentum on its side, Ole Miss turns its attention to a derby matchup featuring two ranked sides on Sunday as No. 22 Memphis visits Oxford for a 7 p.m. kick. The match will be available for streaming through SEC Network +.