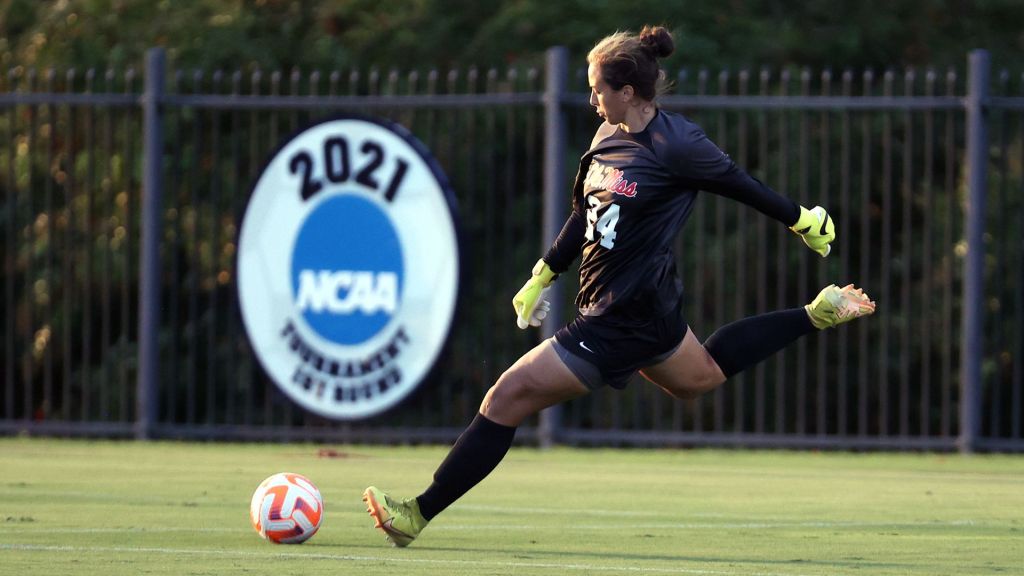 AUBURN, Ala. – Ole Miss women’s soccer remains hot, following its third straight win to start conference play with a second half 1-0 victory at Auburn Sunday afternoon. The win marks the first 3-0 start in SEC for the Rebels in program history.

Marykate McGuire’s sixth goal of the season in the 57th minute propelled the Rebels to its first win on The Plains since 2018.

The first half saw both teams taking chances at the net with Auburn outshooting Ole Miss 5 to 3.

Ashley Orkus worked hard in goal the first 45 minutes notching three saves, the most in a single half all season. For her final save of the half, Orkus stopped a shot to the upper-left corner at the 23rd minute.

The Rebels kicked it into high gear to start the second half, taking four shots in the first 12 minutes of the second half with the fourth one making its way to the goal.

From the right sideline, Riley Friesen found the head of Aubrey Mister with McGuire finishing the job in front of the net to put the Rebels up 1-0. Friesen and Mister’s help gave the two their second assists of the season.

Auburn attempted at tying the score, staying close to the goal. The Tigers took a final shot as time was winding down but were unsuccessful in making it past Orkus.

Orkus finished the game with five saves and her career-high eighth shutout of the season. The fifth-year senior moves to second all-time in Ole Miss history in both saves and shutouts.

Ole Miss hosts No. 18 Tennessee at the Ole Miss Soccer Stadium on Friday at 7 p.m. CT for its lone matchup of the week. The tilt against the Vols will be available for streaming through SEC Network +.