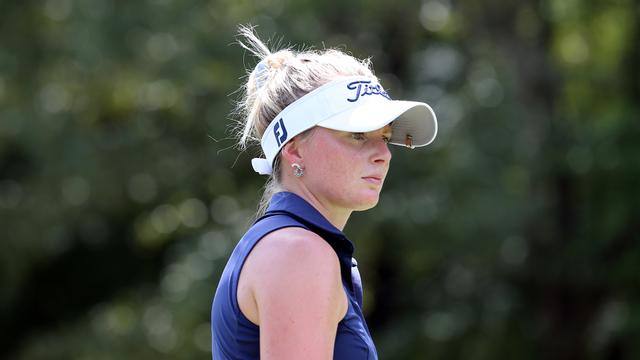 Marking the first set of weekly awards given out by the conference this year, Lignell stands alongside Megan Schofill of Auburn and Bailey Davis of Tennessee as co-golfer of the week honorees. This week’s installment of the awards includes individuals who have competed in the first two weeks of the 2022 fall season.

Lignell’s recognition comes following her dominant performance at the team’s 2022 fall season-opener at the Cougar Classic, where Lignell blazed the course en route to earning her first collegiate medalist finish with a three-round score of 204 (-9).

The Rebels also captured the Cougar Classic team title behind Lignell’s strong week in Charleston, with Lignell leading the Rebels to a three-round team score of 839 (-13). Ole Miss returned to Oxford with the team and individual trophies for the week, marking the team’s first tournament sweep since the 2020 East Lake Cup.

Her score of 204 on the week not only marked a new career-low 54-hole score for the Gothenburg, Sweden, native, but it also stands tied in the Rebel history book as the second-lowest 54-hole individual score in program history. Shooting all three of her rounds in the 60s (67-68-69), Lignell now stands among elite company for her efforts in South Carolina.

Lignell and the Rebels return to action Oct. 3-5 for the annual Blessings Collegiate Invitational in Fayetteville, Arkansas. Three-day coverage of the event will be offered by the Golf Channel, with coverage beginning at 3:30 p.m. CT each day.